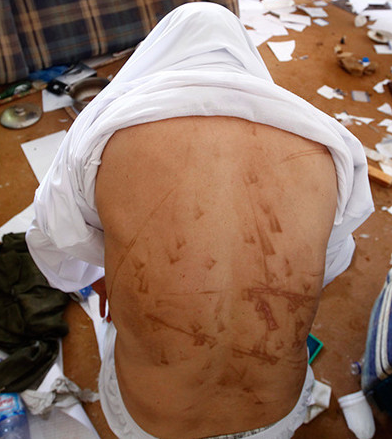 HRA yesterday sent a letter to the Minister of Justice and Deputy Prime Minister Zoran Pažin, highlighting the unfair position of victims of police torture as they rely only on lawyers they have to pay on their own and  uncertain support of non-governmental organisations, while police officers against whom criminal proceedings for ill-treatment and torture are initiated enjoy support from the state and their union.

Under the Law on Internal Affairs, free legal aid is provided to police officers against whom criminal proceedings are initiated for the use of coercion, and for all those who helped them in that situation.

The proposal of the new Law on Internal Affairs contains the same article. Additionally, police officers against whom criminal proceedings are initiated for torture and ill-treatment enjoy the support of their trade unions, while victims of torture may only be supported by non-governmental organisations.

HRA believes that this situation is unfair, that it does not contribute to the respect of human rights and does not correspond to the obligation of the state to suppress torture.

For that reason, for the third time, we have appealed to the Government of Montenegro to provide free legal aid also to victims of ill-treatment and torture by state officers, by supplementing the Law on Free Legal Aid. HRA will propose to the working group on the new Law on Internal Affairs to exclude the right to free legal aid to police officers who are charged with ill-treatment and torture.

Such assistance can be a matter of the police officers trade union, and not the state, who appears to encourage torture.