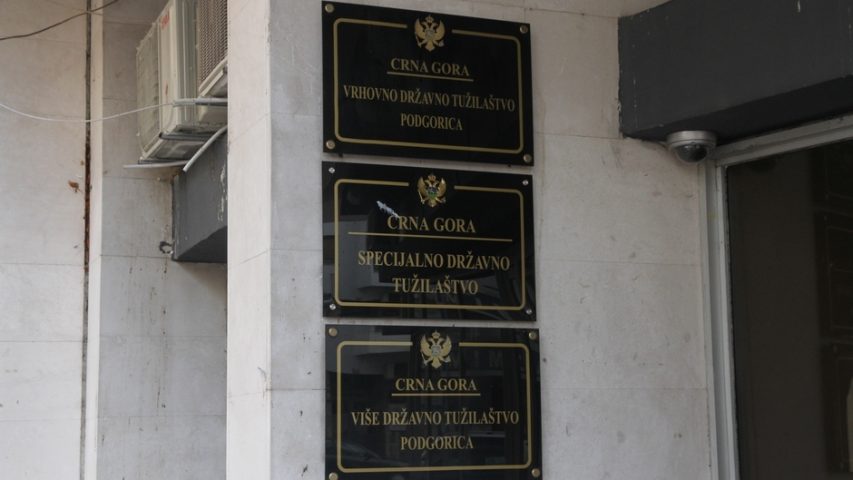 In the cases of police torture of Jovan Grujičić, Marko Boljević and Benjamin Mugoša reported in the investigation of the so-called bomb attacks on the “Grand” bar and security officer Duško Golubović’s house, no investigation has been opened nor has any police officer been charged in 18 months since convincing complaints were filed. Therefore, the Human Rights Action (HRA) sent a protest letter to the Acting Supreme State Prosecutor, Mr. Dražen Burić, as well as to the Acting Head of the Basic State Prosecutor’s Office in Podgorica, Mr. Armin Selmanović, on Friday, January 21st, stating that such a delay suggests ineffective investigation and violation of the international standard of prohibition of torture.

By decision of the High court in Podgorica, Jovan Grujičić was acquitted of the accusation that he had been responsible for the bombing attacks, because the court, inter alia, assessed his confession as forced by police torture. The director of the Psychiatric hospital from which Grujičić was taken by police officers, Mr. Petar Abramović, was convicted after admitting to had falsely testified at the Grujičić’s trial. The verdict established that, on May 25th 2020, masked police officers took Jovan Grujičić from Abramović’s office to the Security Center (SC) Podgorica to collect information. This was done without the doctor’s written consent that the patient could be examined by the state prosecutor. Instead, the consent was given retroactively – the day after Grujičić was subjected to torture.

Foreign experts that HRA engaged with the support of the United Nations Voluntary Fund for Victims of Torture found that traces of torture in the form of “physical and psychological symptoms” they observed during the examination of Grujičić and Boljević were “highly consistent” with the allegations that they had been tortured by the police with beatings, electric shocks, humiliation and intimidation. Unlike domestic expert witnesses, these experts determined that hematomas on Grujičić’s body could have occurred when he was held by the police, and with a high degree of certainty that he was injured by electric shocks. In Boljević’s case, foreign experts confirmed the findings of domestic experts that he had visible hematomas on his body after his release from police custody, and corroborated the findings with an expert report showing the existence of post-traumatic stress disorder.

Back in May and June 2020, Grujičić and Boljević reported police torture which included electric shocks to the genitals and thighs, hitting with boxing gloves and baseball bats, threatening to kill and playing loud music to drown out the screams. With special thanks to the Council for Civil Control of the Police, the names of 11 police officers in charge of Jovan Grujičić in the PD Center Podgorica were exposed immediately after his arrest, but still no one has been charged to date which is an indication of an ineffective prosecution in this case. It was unjustified to wait 13 months on the identification of five inspectors, out of the six reported, who acted against Marko Boljević. In line with this, on November 20th 2020, the Ombudsman found the existence of inhuman and degrading treatment of Boljević, also made a recommendation to the Police Administration to take immediate measures to identify and determine the responsibility of all police officers who, on May 25th 2020, exceeded their authority towards Boljević. In the cases of both Grujičić and Boljević, the latest suspects were questioned in October 2021, but both cases are still in the pre-investigation phase, which allows suspects for serious human rights violations to continue performing police duties, making the absolute prohibition of torture and inhuman and degrading treatment pointless.

HRA reminds that, on May 25th 2020, the SC Podgorica sent a letter to the Special Psychiatric Hospital (SPH), in order to obtain the approval for the takeover of Jovan Grujičić by SC officials in order to give a statement in the premises of SC Podgorica as a citizen on the circumstances of several criminal offenses. At the time when this letter arrived at the hospital, Jovan was in the department for addiction to psychoactive substances, under the authority of the head of the department, Dr. Sandra Vlahović.

As SPH handed Jovan over to the police without prior notice and without an explanation as to why he was denied therapy in the evening and in the morning before his removal, as well as without the therapy he was supposed to continue taking after his release, the Ombudsman’s opinion was that medical stuff violated Jovan’s right to adequate and timely health care, the right to free choice, information and notification, in particular – how discontinuation of therapy may affect his health and, in this regard, his right to object. For these reasons, Jovan Grujičić’s parents, with the support of non-governmental organizations HRA and Juventas, in September 2020, filed a complaint to the Commission for Ethical Issues and Deontology of the Medical Chamber of Montenegro on the actions of doctors and management of the SPH in relation to their son Jovan. As there was no answer, the HRA forwarded two urgencies in February, and then in May 2021, but we have not received any answer from the Medical Chamber for almost 16 months now.

There were well-founded reasons to suspect that Jovan Grujičić was abused by police three days after the incident – on May 29th 2020 – when he underwent a medical examination in prison, i.e. when his father filed a criminal complaint for abusing his son on June 4th 2020. The discovery of his injuries required an urgent investigation by the Basic State Prosecutor’s Office, but this was not done because this Prosecutor’s Office was biased and only considered Grujičić as a suspect in the bombings. The examination of his bodily injuries took six months, because the competent prosecutor, instead of directly examining Jovan Grujičić, ordered only the expertise of the documentation on his injuries, which the prison doctor made contrary to the international standards.

When the key actions in the investigation of torture at the beginning were to be taken, the investigation was not impartial, because the competent prosecutor Mrs. Snezana Šišević did not exempt herself from acting upon the report of Grujičić’s abuse, although on June 25th 2020 she filed an indictment against him for allegedly committing four criminal offenses in connection with the placing of explosives on the “Grand” bar and the house of Duško Golubović. Speaking at a press conference on May 29th 2020, together with the former head of the Basic State Prosecutor’s Office, Miroslav Turković, and the former head of the SC Podgorica, Milovan Pavićević, she victoriously praised the resolving of the so-called bombings by filing an indictment against Grujičić, being convinced that he was responsible for these crimes. In the meantime, Grujičić was acquitted of all charges, and the court concluded that his statement was extorted. After prosecutor Mrs. Šišević, the competent prosecutors for the investigation of his report of abuse, i.e. extortion of testimony, were Mrs. Sladjana Španjević Volkov and Mrs. Maja Knežević.

When it comes to Marko Boljević’s case, although the state prosecutor Mrs. Romina Vlahović ordered an expert examination of his bodily injuries immediately upon receipt of the criminal report, which soon showed that there were injuries on his body corresponding to allegations of abuse, the investigation stayed in place as if it was not an investigation that requires urgent action according to international standards. During the first month, Boljević’s lawyer could not inspect the case file because the state prosecutor was on vacation, which indicates that no further investigations were carried out during this time period, which is crucial for an efficient investigation. Mrs. Vlahović questioned Boljević as a witness – the injured party – only three months after his report of torture by police officers, and then – she questioned his father as a witness who was the first one to see his son after the abuse. During that period, no one else was questioned, nor was any other expertise or search done, etc.

The investigation of these cases had to receive special attention, and be conducted promptly, in a timely manner and as thoroughly as possible, because the European Committee for the Prevention of Torture (CPT) in previous reports on visits to Montenegro warned of ill-treatment with electric shocks by Montenegrin police, as well as the fact that the use of torture is an accepted practice among criminal inspectors. In its latest report, the CPT also pointed to “non-standard items” – baseball bats and electric cables – which were found in the SC Podgorica which was also listed as a location where victims were tortured. However, in the case of Jovan Grujičić, photographic evidence from the premises of SC Podgorica was collected on October 5th, i.e. more than 4 months after, which gravely affects the availability of relevant evidence.

Even back in July 2020, this case triggered great interest of the domestic and international public, so the official representatives of the United Nations, the European Union, the British Embassy and the US Embassy demanded that the Montenegrin authorities conduct an urgent and thorough investigation and ensure administration of justice. The UN Special Rapporteur on Torture Mr. Nils Melzer also contacted Montenegrin authorities regarding this case. The International Rehabilitation Council for Torture Victims (IRCT) in August 2021 found that “The State investigation and medico-legal evaluations conducted into the alleged torture of Jovan Grujicic and Marko Boljevic are incompatible with the obligation to carry out an effective investigation into acts of torture under Article 12 of the Convention Against Torture, as defined by the Istanbul Protocol”.

HRA again expresses serious protest that the responsible police officers for torture in these cases were not prosecuted to date, 18 months since the complaints were filed. We urge that the superior officers to direct perpetrators who had been covering up for the abuse the whole time should also be brought to justice.