7/3/2018 ALARMING: NINE CASES OF POLICE ILL-TREAMENT BY STATE OFFICERS FROM THE BEGINNING OF THE YEAR

The Constitutional Court of Montenegro should use the opportunity to present constitutional appeal as an effective remedy against the decisions of the Parliament on the dismissal of members of the RTCG Council and the regulatory bodies.

Both dismissed members of the RTCG Council, Goran Djurovic and Nikola Vukcevic, filled appeals to the Constitutional Court because the Montenegrin Parliament, by illegal dismissal, violated their constitutionally protected rights. Darko Ivanovic did the same after the Parliament dismissed him of membership of the Agency for Electronic Media.

Disputes led by Djurovic, Vukcevic and Ivanovic are significant because they represent a legal battle not only for the protection of individual rights, but also for the basic principle that in the rule of law, a majority political will cannot justify unlawful conduct. When politicians obviously violate the law, the courts must be able to prevent it effectively. Otherwise, there is no rule of law.

In the cases of Djurovic and Vukcevic, judges of the Basic Courts in Podgorica (Radovan Vlaovic) and Niksic (Sanja Nikic) initially imposed injunction on the basis of which both Djurovic and Vukcevic should have been reinstated as memebers of the RTCG Council until the court decided on the legality of their dismissal. However, the injunctions were then abolished by the Chamber of the Basic Courts in Podgorica (judges Simo Rasovic, Ana Delic and Milena Matovic) and Nikšić (judges Vasiljka Mijatovic, Ana Krivokapic, Iva Petrovic), thus rendering the regular judicial protection of legal protection ineffective.

Although the Parliament of Montenegro has already elected a new member of the RTCG Council (Ivan Jovetic), instead of Vukcevic, a new member has still not been elected instead of Djurovic, although it is soon expected (the Administrative Committee today determines the proposal of a new member, and on 8 March is the next session of the Parliament). 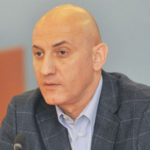 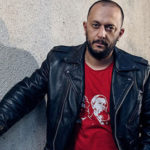 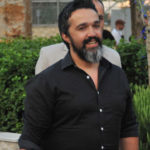