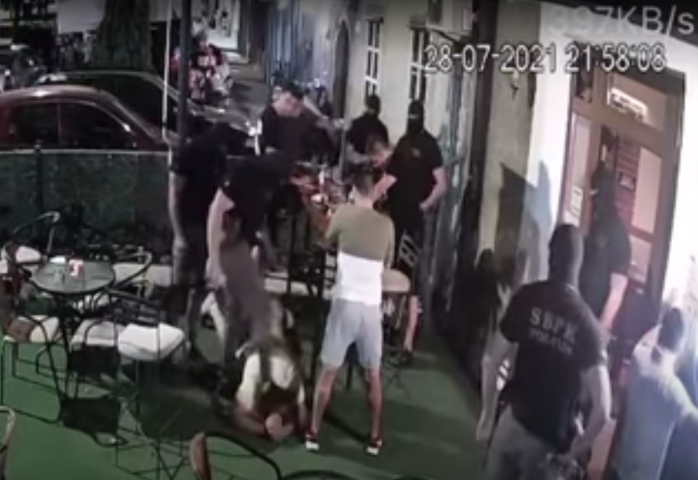 The Human Rights Action (HRA) strongly condemns the latest case of citizen abuse by the Police Directorate officers in Cetinje and expresses serious concern over the fact that police officers still intervene in disguise and without visible markings that could enable their effective identification.

Today, the HRA addressed a letter to the acting Director of the Police Directorate Zoran Brdjanin, Minister of the Interior Sergej Sekulovic and Deputy Prime Minister and Head of All Security Services, Dritan Abazovic, with a request to urgently inform the public about the results of the Internal Control operation, on the identification of the officer who abused the citizen, including the reasons why the officers of the Sector for the Fight against Crime of the Police Directorate were not marked with visible identification marks on their uniforms.

We remind that starting with the torture of Aleksandar Pejanovic in 2008, in several cases, police torture went unpunished due to the lack of visible identification marks. A state that is reluctant to introduce such labels pursues a policy of impunity, as the European Court of Human Rights noted in several cases.

HRA particularly emphasizes that European Committee for the Prevention of Torture (CPT) already in 2008 called upon Montenegro authorities to provide for police officers’ identification numbers/name tags without delay. However, the lack of implementation allowed for impunity of police officers in numerous cases to this date.

We demand that the new authorities take decisive action to stop the recurrence of such situations.