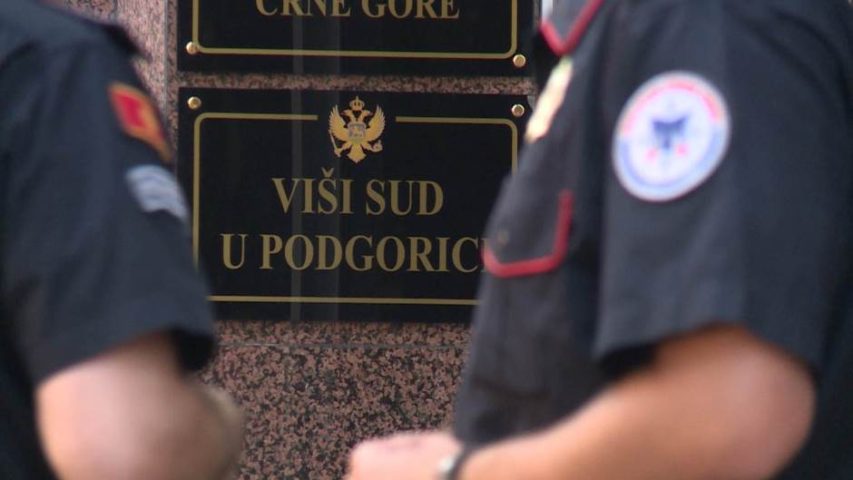 The trial of Slobodan Peković, born Ćurčić, accused of war crimes committed against the civilian population, began today in the High Court in Podgorica. Presenting his defence, the defendant declared himself not guilty.

Peković is accused of killing two people and raping a Bosniak woman in Foča in 1992 as a soldier of the Army of the Republic of Srpska.

He has been in custody for a year now, due to the risk of fleeing. Two hearings were previously postponed because of the illness of the judge and the attorney.

With the help of international legal aid, the victim/protected witness A1 will be heard at the next hearing via video link. Her representative, attorney Dalibor Tomović, requested that the public be excluded during her testimony, and that her face be invisible and her voice changed. The three-member court panel agreed, and the hearing will be conducted using a video link and in the requested manner.

According to the indictment, in early June 1992, when the army attacked the village of Hum, Peković killed Mujo and Emina Šabanović. Their bodies were burned in the house that he set on fire after the murder. “I admit neither guilt, nor the criminal act… On that day I was not in the village of Hum, but rather in Plužine, where I had a fistfight with Obren Gojković and spent the entire day at the police station. There is evidence for this”, said Peković. He added that the judgment of the Hague Tribunal regarding Ratko Mladić states that Mujo and Emina Šabanović were killed by Lj.D. and M.K., and that he does not know why this crime is now being blamed on him.

Peković then also denied guilt for the rape of victim/protected witness A1.

“The victim described me as a tall man with long blond hair down his shoulders and light-coloured eyes, and I never looked like that”, said Peković. He explained that he was present in front of the “Partizan” hall in Foča on August 27 because he wanted to find and save his daughter-in-law’s sister, which he did not manage to do because members of the paramilitary formations intercepted him when they were leaving the hall. They hit him several times and he fell to the ground. Then they took the women in an unknown direction. There is no medical documentation on the injuries he mentioned.

As regards the opinion of a psychiatric expert, in which it was established that witness A1 suffers from post-traumatic stress disorder and other mental illnesses, the defence pointed out that her testimony could not be viewed as legal evidence and requested that she be re-examined in Montenegro.

For the same act of sexual violence against witness A1, proceedings were already conducted before the Court of Bosnia and Herzegovina against Jasko Gazdić, who was finally sentenced to 17 years in prison for that act, as well as for other war crimes. In these proceedings, witness A1 decisively accused Gazdić and Slobodan Peković (whose last name was Ćurčić at the time) of rape. The Court of Bosnia and Herzegovina fully believed the testimony of the witness because she described the crime very convincingly and clearly, and because medical documentation confirmed it.

After presenting the defence, attorney Dalibor Tomović requested the supplementation of evidentiary actions that were proposed in the indictment, and asked to hear protected witness A2. State prosecutor Tanja Čolan Deretić will make a statement about this, as well as about the defence attorney’s proposed evidentiary actions, at a later date.

The next hearing is scheduled for 6 December. The Human Right Action will be monitoring the entire course of these criminal proceedings.