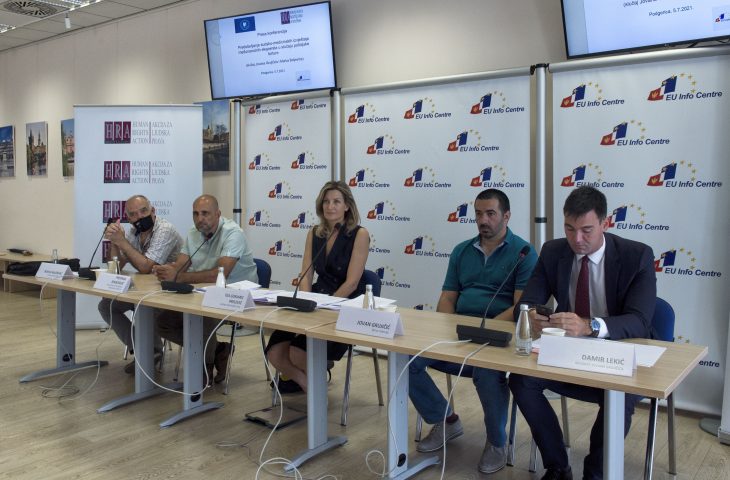 Foreign forensic experts of international renown have prepared reports on the injuries of Jovan Grujičić and Marko Boljević, who reported police torture in May last year in the investigation of the so-called cases of “bomb attacks” on the bar “Grand” and the house of inspector Duško Golubović. The specialists observed traces of torture in the form of “physical and psychological symptoms” during the examination of Grujičić and Boljević and said that they were “highly consistent” with the allegations that they had been tortured by the police with beatings, electric shocks, humiliation, and intimidation.

Human Rights Action (HRA) provided these reports in collaboration with the International Rehabilitation Council for Torture Victims (IRCT, https://www.irct.org) and the Independent Forensic Expert Group (IFEG) which operates within the Council, with the financial support of the United Nations Voluntary Fund for Victims of Torture.

The reports were prepared by members of the Independent Forensic Expert Group (IFEG), Dr. Djordje Alempijević, Dr. Pierre Duterte and Dr. Önder Özkalıpçı, which operates within the IRCT, the world’s largest membership-based civil society organization dedicated to the rehabilitation of victims of torture, which was established in 1985 and has over 160 member centers in 76 countries.

Dr. Djordje Alempijević is a full professor of forensic medicine at the Medical Faculty of the University of Belgrade, as a member of the European Committee for the Prevention of Torture (CPT) in his third term he participated in missions in 11 countries and conducted trainings worldwide on the Istanbul Protocol. Dr. Pierre Duterte is a psychiatrist and psychotherapist, taught Victimology at the University of Paris V René Descartes, founded Parcours d’Exil, a psychological treatment and social support centre for victims of human rights violations and refugees in France in 2002, as well as several other associations, personally examined more than 6,000 survivors of torture and ill-treatment and has treated and supervised the treatment of more than 7,000 torture survivors. Dr. Önder Özkalıpçı is an Associate Professor of Forensic Medicine in Turkey, one of the coordinators and editors of the UN Istanbul Protocol, worked for the OHCHR Commission in South Sudan for his last three mandates, hired as an independent medical consultant by the Council of Europe, Physicians for Human Rights-USA, and the International Committee of the Red Cross. Dr Özkalıpçı is a member of the World Psychiatric Association Section on Psychological Consequences of Torture and Persecution, personally examined hundreds of survivors of torture and ill-treatment and provided expertise and medico-legal reports to the European Court of Human Rights, the African Commission on Human and Peoples’ Rights, the Inter-American Commission on Human Rights, the UN International Criminal Tribunal for the Former Yugoslavia and the national courts of Cyprus, Georgia, Sweden, Denmark and Turkey.

Foreign experts refuted the findings of domestic experts in the case of Jovan Grujičić, who claimed that the hematomas on Grujičić’s body had occurred before the date when he claimed he was tortured by the police. They claimed that it cannot be said with certainty that Grujičić was injured by an electric shock “because there are no similar burns on other parts of the body”. Foreign experts found that “dating of bruises by appearance (namely, their size and color) is inexact and forensically unreliable” and pointed out that the medical literature and their experience suggest that “observable lesions cannot be expected for every time the taser was applied especially if the skin is wet or if the device is applied over the clothes”. In the conclusion of the report, they stated: “Based on Mr. Jovan Grujičić’s statement, the alleged symptoms, the medical examination findings, and photographs taken soon after the incident and our physical findings on the pattern of punctiform lesions on right side of the abdomen, we conclude that these punctiform lesions are highly consistent with electrocution with the taser device allegation”.
Foreign experts, acting in accordance with the Istanbul Protocol, also paid special attention to the psychological and psychiatric expertise of the traces of torture. Thus, in the case of Grujičić they concluded that he “is enduring a large bundle of symptoms that are part of a major complex post-traumatic stress disorder” and Boljević “suffers from a large set of symptoms that are part of a complex disorder of post-traumatic stress (…) [which is] highly consistent with torture and ill-treatment”.

In contrast to this approach, in the previous course of the investigation conducted by the State Prosecutor’s Office, Grujičić’s psychological condition was examined only to assess whether criminal proceedings could be instituted against him, as well as whether the fact that he was denied therapy in the preparation of the police interrogation left more lasting consequences on his life and health, while Boljević’s psychological condition was not examined at all.

“a. All above documented lesions by photographs, then the hematomas, abrasions and scratches scattered all over the body of Mr. Marko Boljević, including neck, chest, arms and legs, and the still ongoing pain and suffering of the person are highly consistent with his allegations of beating by kicks, punches or baseball bats following his apprehension and throughout period of his detention on May 25, 2020.

b. The existence of three pairs of piques documented on right side of the hip is highly consistent with the allegation of repeated use of taser device during his arrest on May 25, 2020.

… e. Taking into consideration the diagnosed Post-Traumatic Stress Disorder, the psychological symptoms, and signs of physical trauma (scattered bruises and ecchymoses all over the body and three pairs of piques on right hip), we can conclude that our findings are highly consistent with alleged torture and ill treatment during his arrest on May 25 2020″.

The multiple use of electric shocks, beatings and psychological abuse to which Grujičić and Boljević were exposed, as well as Benjamin Mugoša, a third person who was initially suspected of participating in the planting of explosives, indicate that the criminal offense of torture was committed by officials, which is punishable by imprisonment from one to eight years, or a qualified form of the criminal offense of extortion of statements accompanied by severe violence, which is punishable by imprisonment from two to ten years. Thus, the Human Rights Action expects the competent state prosecutor’s office to adequately qualify these acts.

DIFFERENCES IN THE APPROACH TO EXPERTISE OF DOMESTIC AND FOREIGN EXPERTS

1) In accordance with the Istanbul Protocol, which is a generally accepted guide to effective investigations and documentation of allegations of ill-treatment and torture in accordance with international standards, the applicant’s detailed statement on the manner of ill-treatment must be included in the findings, and it must be emphasized in the conclusion whether the expertise showed that the violations were consistent with that statement and to what extent.

2) Psychological-psychiatric expertise is an integral part of forensic medical expertise in terms of establishing evidence that abuse has occurred. Psychological-psychiatric expertise, according to the Istanbul Protocol, forms an inseparable whole with forensic medical expertise of bodily (physical) consequences in all investigations into allegations of ill-treatment; This approach to case analysis is still not widely used in Montenegro, as well as in neighboring countries, even though the Istanbul Protocol has been in use for almost 2 decades.

3) Experience of foreign experts in determining injuries due to police abuse, especially with the use of electric shockers (electric stun guns). Foreign experts, members of IFEG (The Independent Forensic Expert Group) have huge experience in identifying and documenting the physical and psychological consequences of victims of abuse and torture on all continents. They know different types and methods of torture and their consequences, which allows them to identify the signs or, by combining medical facts and psychological and psychiatric findings, to come to conclusions that are not reached by doctors who do not have so much specific experience regarding abuse.

Superficial and, according to foreign experts, wrong findings of local doctors and experts, led to the fact that the Ombudsman did not conclude in his opinion that the case of Jovan Grujičić was a case of police abuse, although it was noticed that the prison doctor’s findings were not made professionally. in accordance with the Istanbul Protocol.

In the cases of all three who reported police ill-treatment in the investigation of the “bomb attack”, the competent state prosecutors are still conducting a preliminary investigation, although more than 13 months have passed since the charges were filed. It took six months to determine the expertise of bodily injuries on the body of Jovan Grujičić, despite the HRA’s timely warnings to the then Supreme State Prosecutor Ivica Stanković that the expertise of bodily injuries on the body of Grujičić must be undertaken urgently. None of the applicants were ever seen by a psychologically expert regarding the allegations of ill-treatment. Such omissions generally violate the international standard of effective investigation of allegations of torture.

The same story we have already seen with the torture of Aleksandar Pejanović in the police station “Betonjerka”, with Martinović, case “Zlatarska street”, is repeated. These cases are obviously not considered urgent, contrary to the approach required by international human rights standards to combat torture. Meanwhile, the torturers in the police continue to work quite normally and apply means of coercion. Predrag Spasojević from the Autonomous Civil Movement said at today’s press conference that he has information that many more people were tortured in the Police Headquarters in Podgorica, although many did not dare to report it. This kind of practice must be stopped, and we expect this to be provided by the new acting Director of the Police Administration Zoran Brđanin, to whom the reports of foreign experts were submitted last Sunday. We also expect Brđanin to urgently suspend the persons who are reasonably suspected of having participated in the torture of Grujičić, Boljević and Mugoša.

At today’s press conference, the director of the Human Rights Action (HRA) reminded that in July last year, HRA filed a complaint with the Prosecutorial Council against the work of competent state prosecutors because they did not effectively investigate the Jovan Grujičić case and said that the Council dismissed the complaint without explanation in November last year.

We expect an investigation to be launched urgently or an indictment to be filed against police officers who are reasonably suspected of torturing these people, and for them to be removed from the police as soon as possible. Based on the police documentation, it is known exactly which officers were in charge of interrogating all three. In the case of Jovan Grujičić, since June last year, we know which ten officers of the Police Administration were in charge when he was tortured, because the documentation was submitted thanks to the efficient work of the Council for Civil Control of Police Work on the complaint of Jovan Grujičić’s mother. Jovan Grujičić’s lawyer, Damir Lekić, also mentioned their names at the press conference and informed that the competent prosecutor had listed them as suspects in the preliminary investigation.

The director of the HRA also reminded that after the announcement of the HRA, which on July 14, 2020, asked the state prosecutor’s office to urgently conduct an effective investigation in the case of reports of police torture filed by Grujičić, Boljević and Mugoša, the same was requested by the European Commission, the embassies of the USA and Great Britain, as well as the coordinator of the UN system in Montenegro. She pointed out the great contribution of the Autonomous Civic Movement and colleague Predrag Spasojević, who, by appearing in the media in the case of Marko Boljević, drew the public’s attention to his case at the end of June 2020 and thus made it possible to “put pieces together” on apparently organized police abuse to extort testimony from all three participants in the investigation of the so-called “bomb attacks” case.

You can see more details about the speeches of the participants in the press conference in the article by Jelena Jovanović, a journalist from Vijesti, “Gorjanc Prelević: Brđanin to urgently prosecute the police officers responsible for torture”. 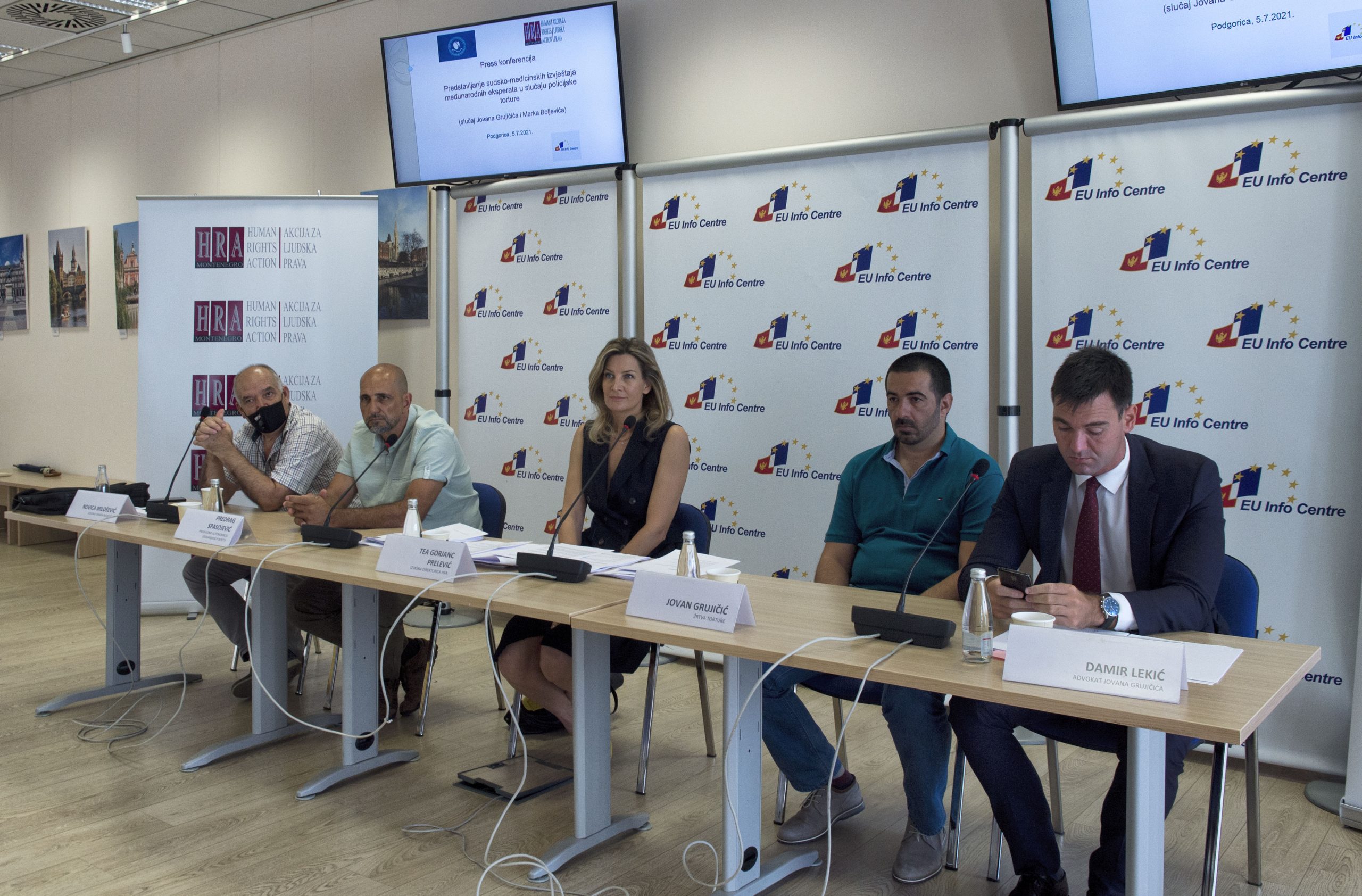 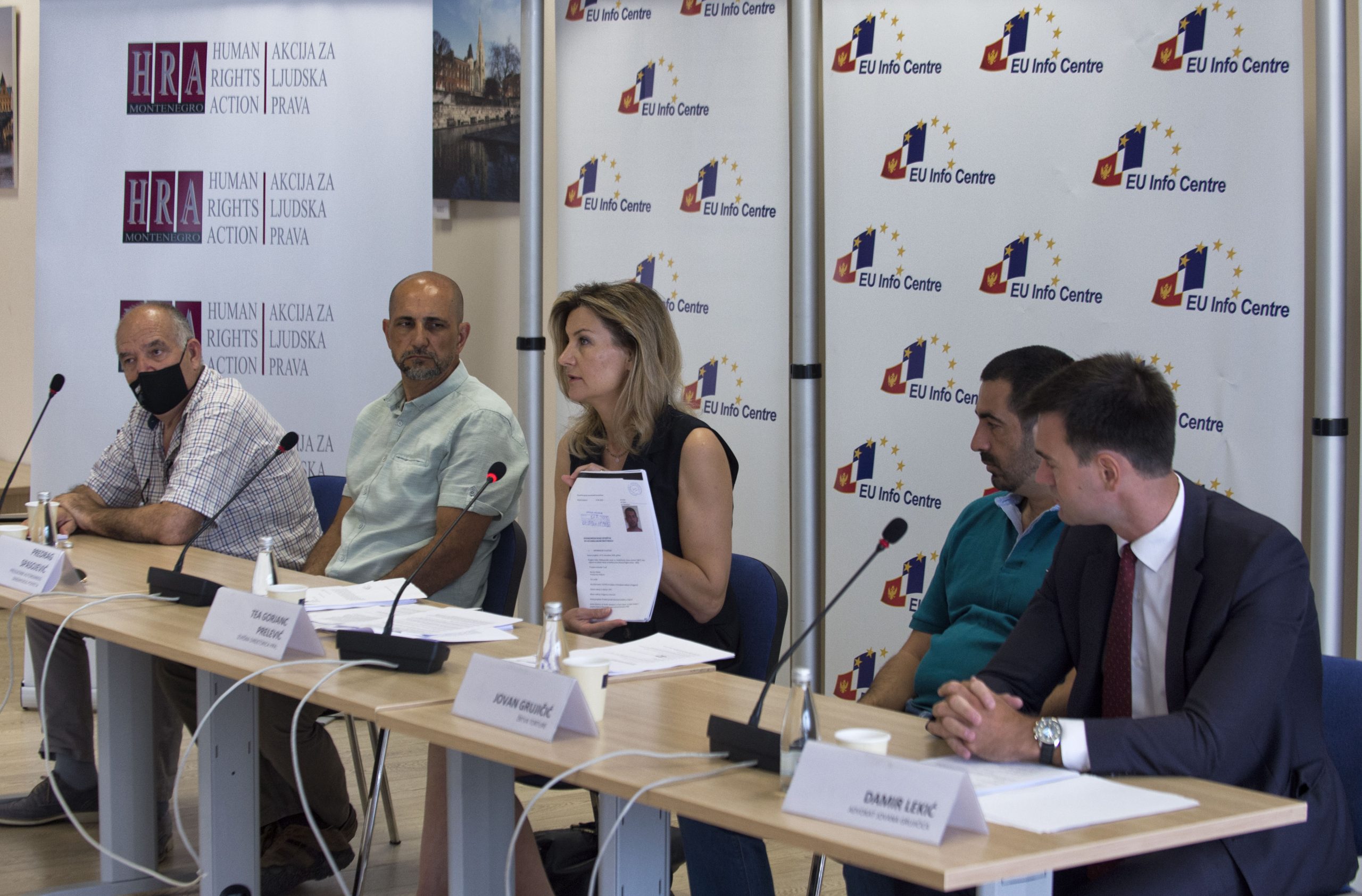 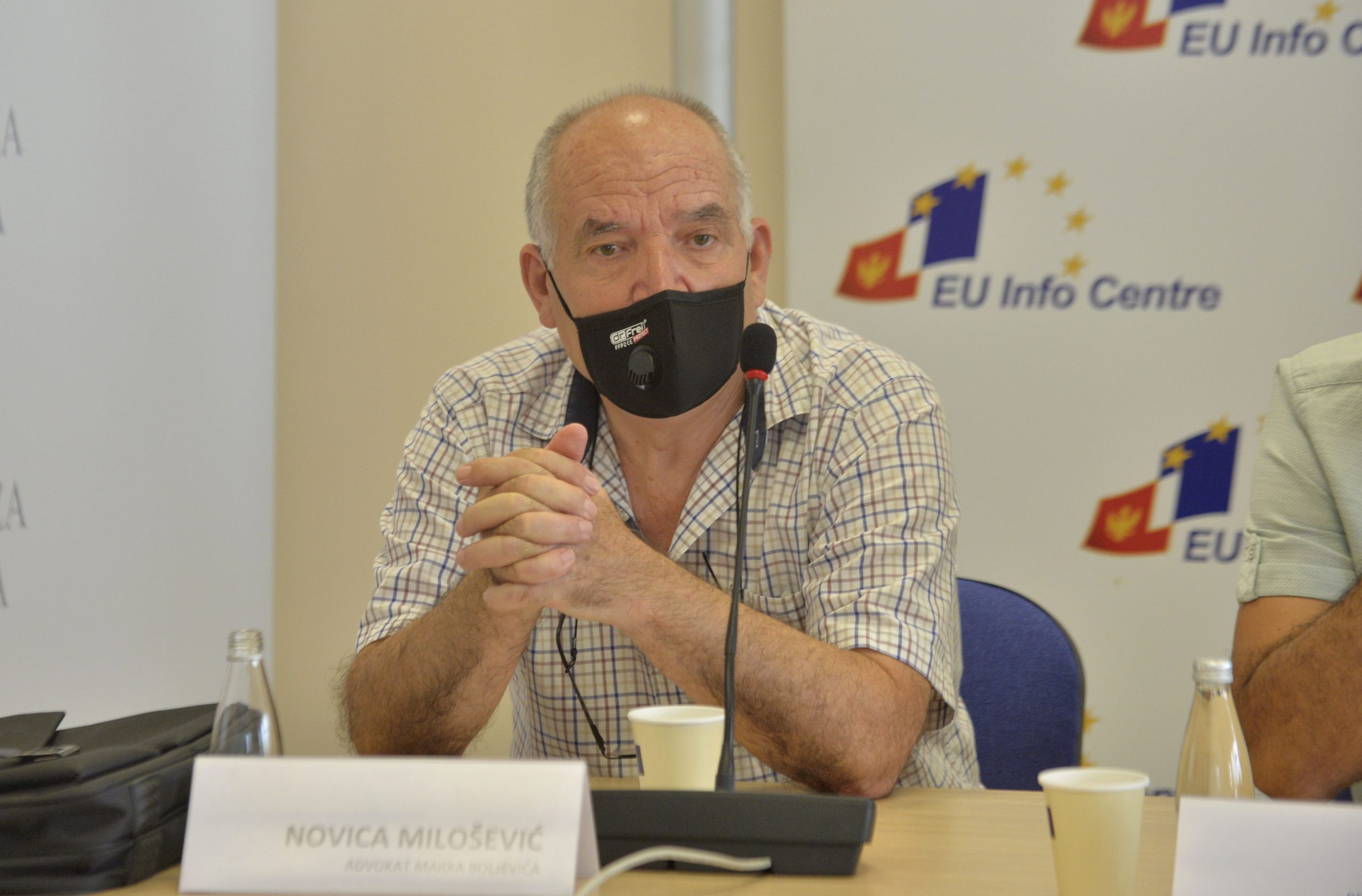 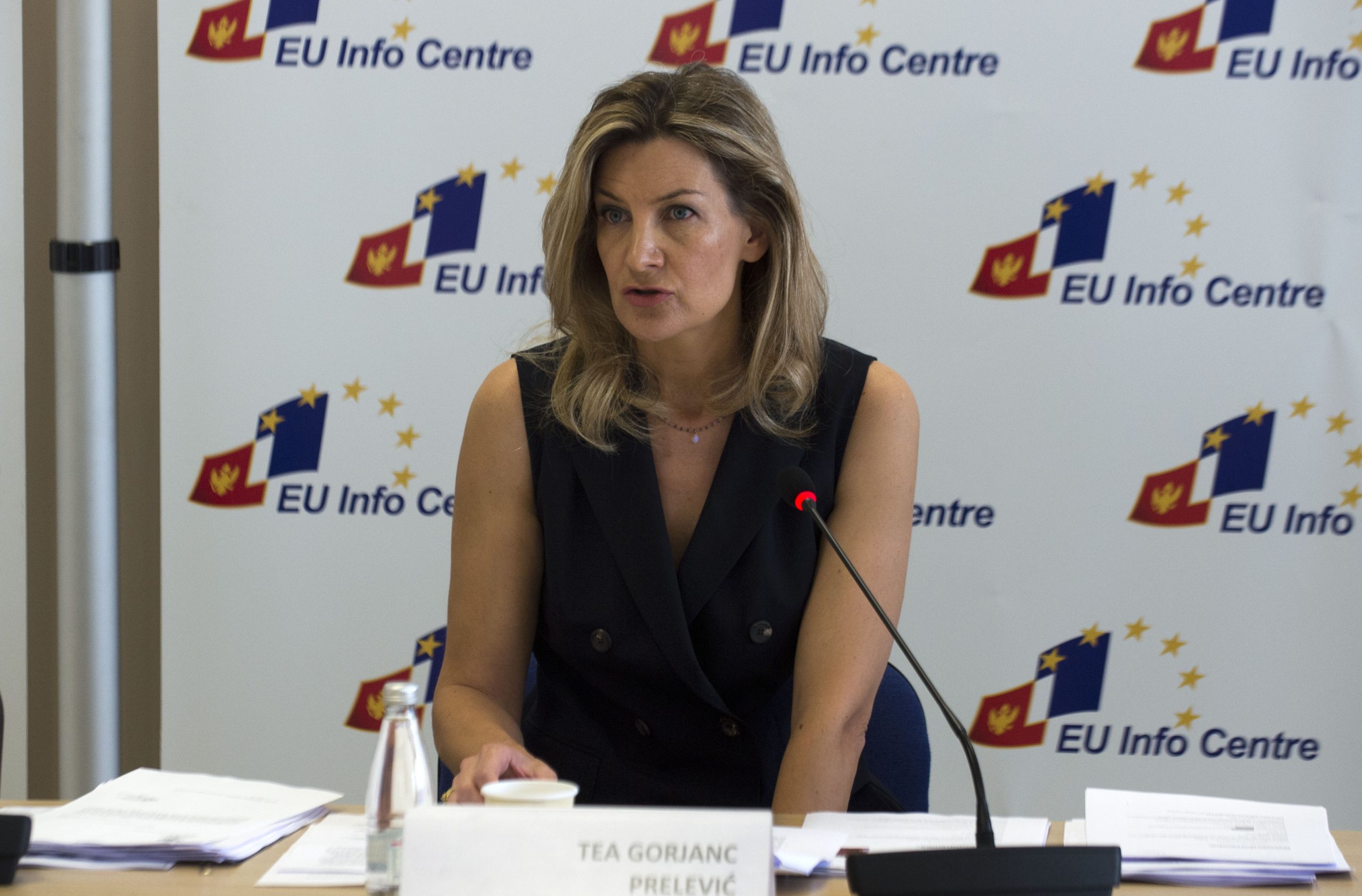 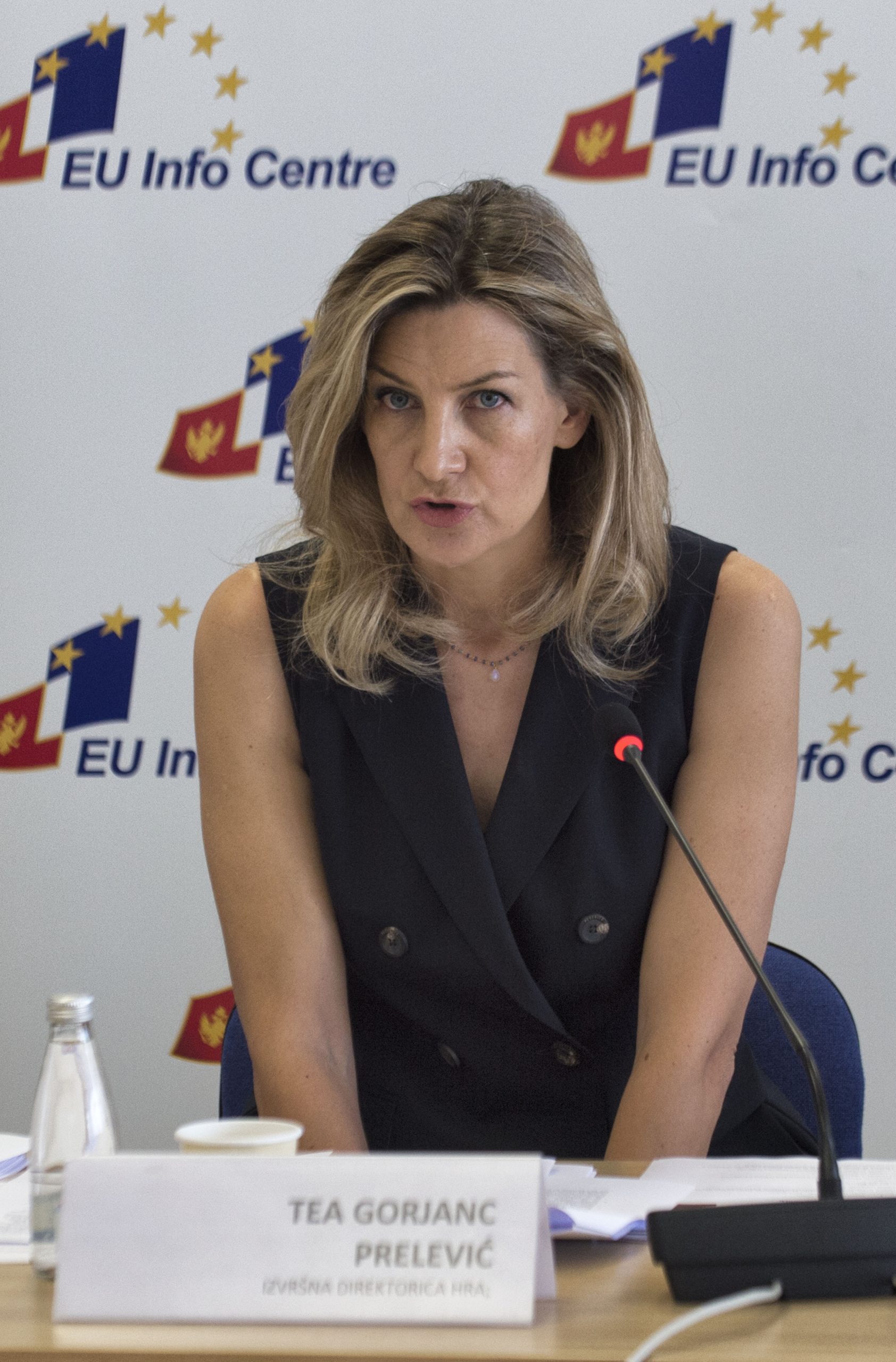 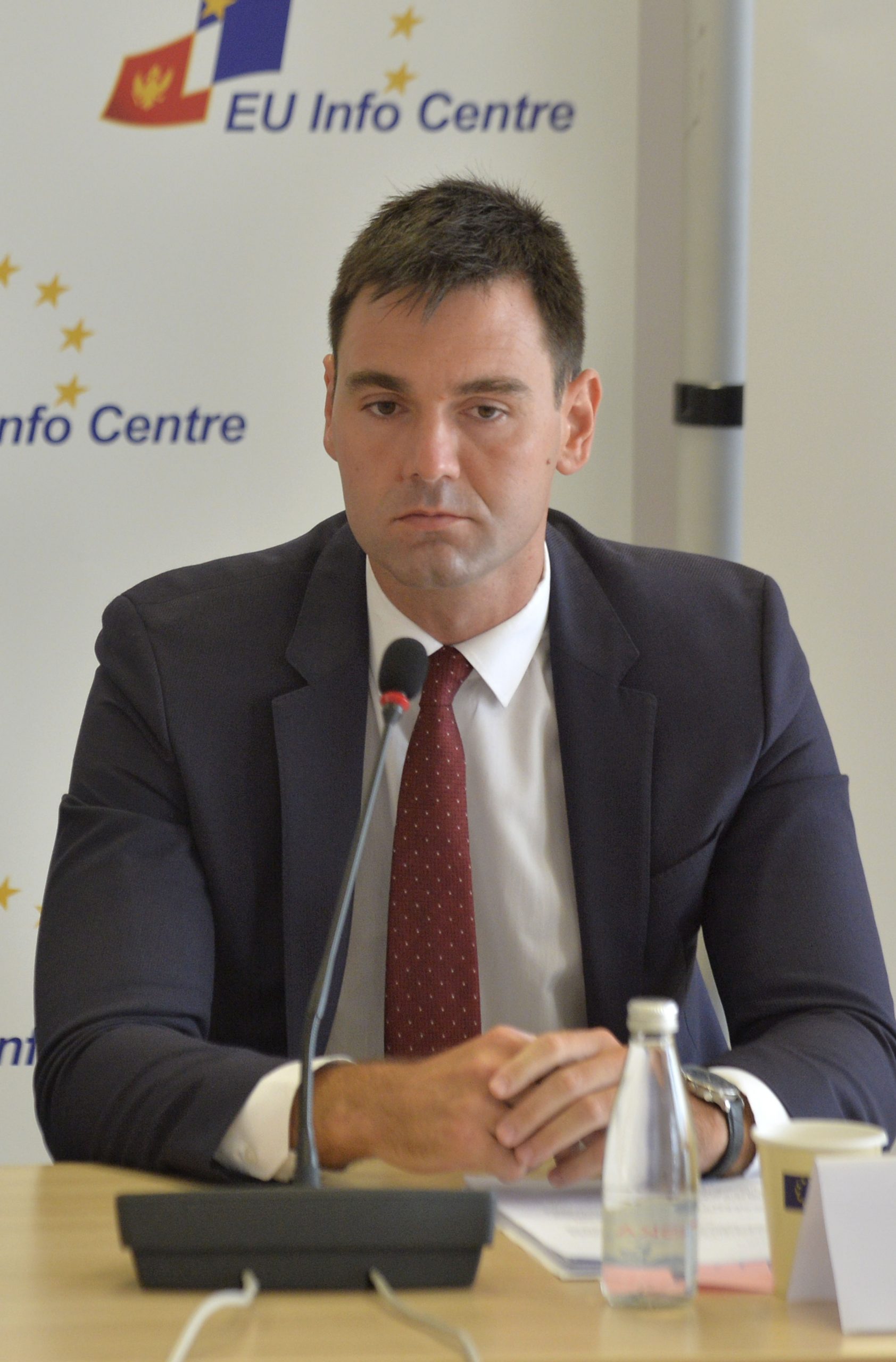 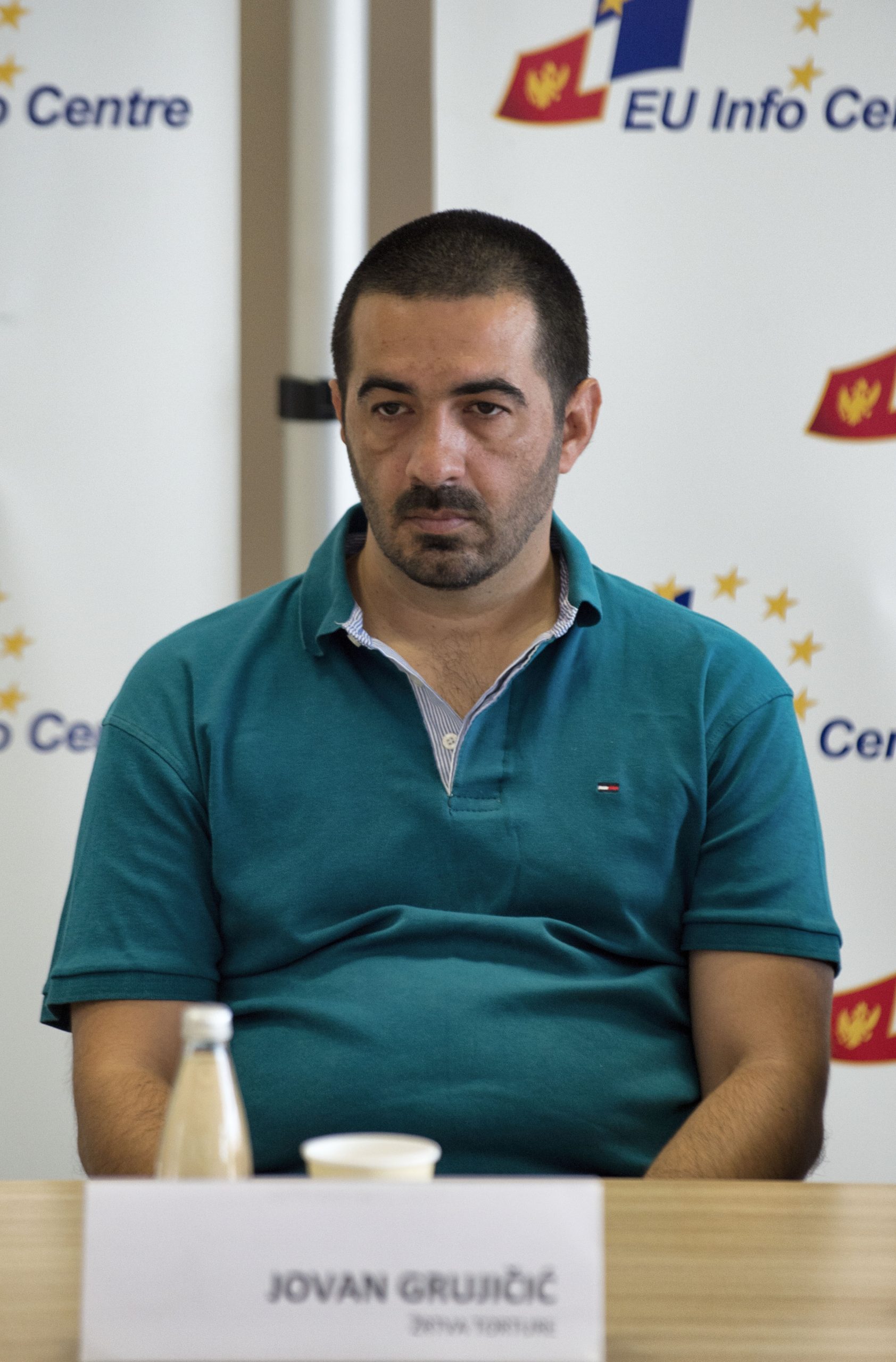 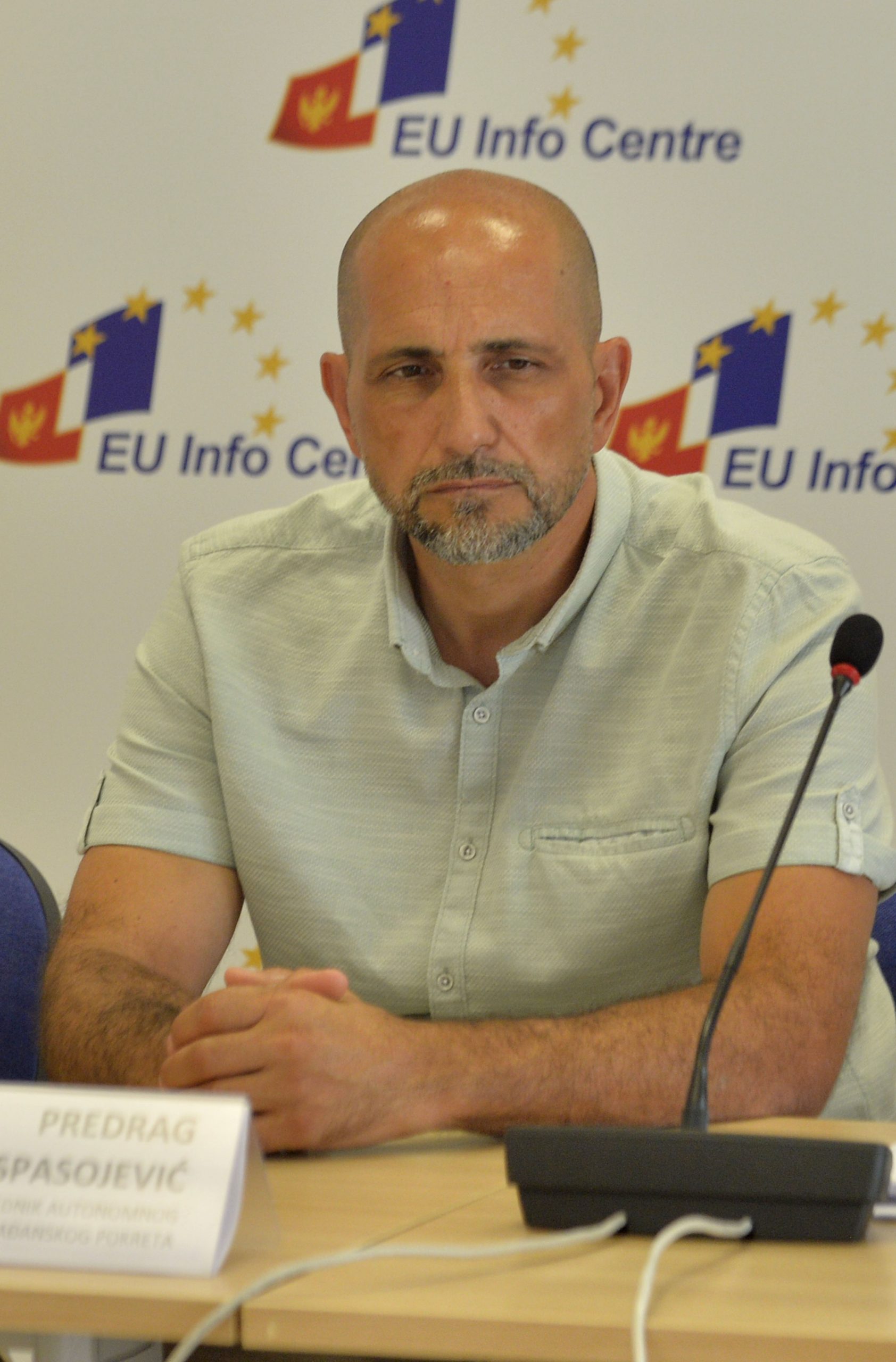