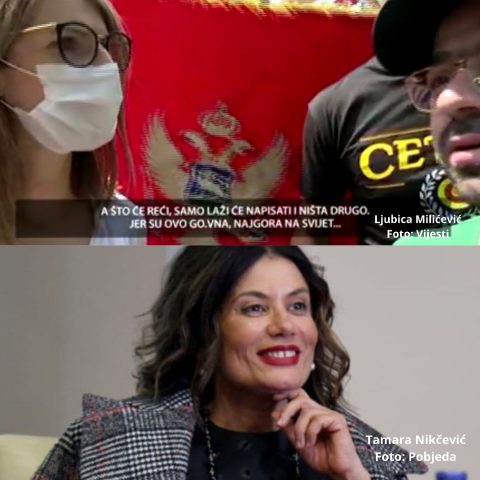 The Human Rights Action (HRA) strongly condemns the latest incidents against journalists, the rough obstruction of the work of journalist Ljubica Milićević and cameraman Drago Matović of TV Vijesti in Cetinje by some protesters, as well as the insults and threats to journalist Tamara Nikčević by one person in Risan.

HRA expects effective prosecution of those responsible, in accordance with existing regulations, but also a systemic reaction of the state to the social atmosphere in which journalists are increasingly under attack.

In the last 10 days, there have been at least three incidents to the detriment of journalists, while in the first half of this year, 14 cases of verbal and physical attacks, threats, insults and humiliation of journalists and media workers were recorded, most often while they were performing common work assignments.  Increased tensions in society and new protest rallies significantly expand the risk that there will be even more such cases.

We call on all political actors to promote a democratic culture where there is no place for verbal and physical violence against journalists and others who are not perceived as like-minded.

We appeal for the adoption of amendments to the Criminal Code to strengthen the criminal protection of journalists, following the proposal of 9 NGOs, processed in the Assembly by MP Marko Milačić.