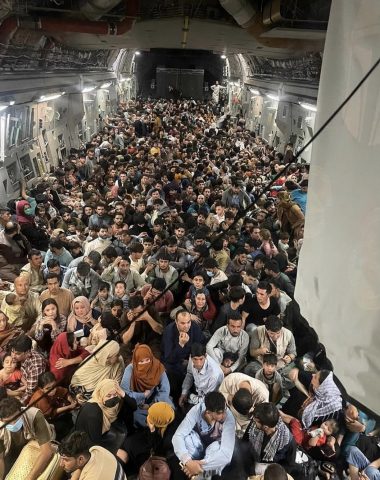 The undersigned non-governmental organizations and civil activists urge the Montenegrin government to reconsider its decision not to accept refugees from Afghanistan “at this stage”.

In addition to joining the statement released by the State Department, it is necessary to take concrete measures to support people who leave their homes seeking protection in another state. International organizations and the Montenegrin public are disappointed with the position of the Government not to provide concrete support to refugees from Afghanistan, except from joining the statement. Montenegro must remain consistent in its support for civilians in Afghanistan.

Therefore, it is important to act in accordance with the basic principles of human rights protection and offer permanent or temporary accommodation to a certain number of people from this country in accordance with Montenegro’s capabilities.

Previously, it is necessary for the competent authorities to assess the capabilities of our country and organize further action in this regard. We also highlight that other countries of the region, Albania, Northern Macedonia, Kosovo and Croatia have taken concrete steps and already announced that they will accept a certain number of refugees from Afghanistan.

Considering our country’s limited resources, it would be necessary to provide support to those who need it the most in the circumstances, primarily journalists, leaders of the NGO sector, civil society activists, women and children, members of the LGBT community and other communities at risk.

According to the information available to the public in this moment, a large number of Afghan citizens already left their homes in fear of the Taliban and seek protection in one of the European countries. Montenegro, in accordance with international law and in relation to its capacities and possibilities, has so far been a safe transit route for migrants and provided safety to a certain number of people who had left their native countries out of justified fear for their lives.

To the end of developing an open and democratic society, we call upon the Government of Montenegro to revise its position and accept a certain number of Afgan refugees. The attitude in which the provision of support is divided into certain phases is unclear, because for persons who justifiably fear for their lives, a longer passage of time may only bring more negative consequences. Therefore, it is necessary for the whole society to react timely to provide adequate support to those who want it.

From 2010 to September 16th of 2020, Montenegro participated in the “Resolute Support” and ISAF peacekeeping mission in Afghanistan. Over a ten-year period, 550 Montenegrin soldiers have been in Afghanistan, seeking to support the local population on the path to peace and stability. Although a large number of countries participated in those missions, the results achieved did not have a long-term effect.

Human rights in a religiously radicalized society are endangered and do not guarantee the right to any freedom and diversity.

In accordance with the above, we call upon the Ministry of Foreign Affairs to reconsider its decision and provide assistance to refugees from Afghanistan, in relation to the capacities of the state, together with other state institutions.

Zlatko Vujović, CeMI Chairman of the Board of Directors – Centre for Monitoring and Research

Danijel Kalezić, Chairman of the board of Directors of Queer Montenegro

Maja Raičević, Executive Director of the Centre for Women’s Rights

Aida Petrović, Activist of the women’s and peace movement and executive director of the NGO Prima

Olja Raičević, President of the Management Board of the NGO Women’s Voices