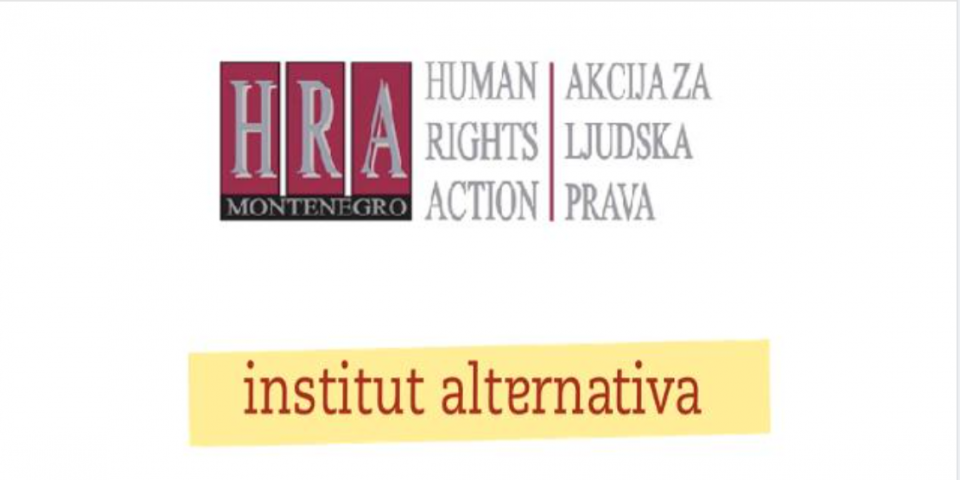 On the eve of public gatherings expected on Saturday in Podgorica and Sunday in Cetinje on the occasion of the enthronement of the Metropolitan of Montenegro and the Littoral of the Serbian Orthodox Church, the Human Rights Action and Institute Alternative call upon all social, political and religious organizations and citizens to observe peace, respect for different religious and political beliefs and human rights.

We warn that the radicalization of public speech produces increased tensions in society that may easily cause violence and incidents with unforeseeable consequences.

We point out that only the public gathering on September 4 in front of the Serbian Orthodox Church in Podgorica has been notified to the Police, which will enable the Police Directorate to provide for that gathering in cooperation with the organizer, including adequate health care in accordance with the regulations due to the epidemic.

It is worrying that the protest against the enthronement of the Metropolitan in Cetinje has not been notified to the Police in accordance with the law, preventing the appropriate security measures of that gathering.

The announced protest in Cetinje is not a spontaneous gathering, so we call upon its organizers to notify it to the Police and thus contribute to its security. The notification of the gathering implies the identification of formal organizers and enables communication and cooperation with the police. The Democratic Party of Socialists of Montenegro (DPS) as the party that has been inviting people to the protest and its president Djukanovic, who is also the president of the state, have a special responsibility to ensure that the gathering is organized in a lawful way in accordance with the Law on Public Assemblies, and to keep it peaceful.

We also warn that the ban on the presence and gathering of more than 50 adults together in an open public place is in force, prescribed by the Order on Provisional Measures to Prevent the Introduction into Country, Suppression and Prevention of Transmission of New Coronavirus, which came into force on September 1st and is valid until September 10th. There is also an obligation to wear a protective mask on the face covering the nose and mouth, including children older than five years and in an open public place (park, square, sidewalk, etc.), if it is not possible to provide a physical distance of at least two meters. Also, the current Order prescribes in detail how religious ceremonies can be performed.

All participants in the upcoming gatherings should be aware of the risks they pose to health, safety and compliance with the law.

Regarding the religious ceremonies that will be held on Sunday in Cetinje, at the seat of the Metropolitan of Montenegro and the Littoral of the Serbian Orthodox Church, we recall that the right to perform this ceremony is an integral part of freedom of religion, as it would be the case with any other religious community. Montenegro must ensure that all religious rites of religious communities operating in its territory are performed without violence against believers and religious ministers.

All disputes, including the ownership of churches and temples, can be raised and resolved in a manner prescribed by law, without endangering the freedom of religion and safety of others.

Stevo Muk, President of the Managing Board of Institute Alternative