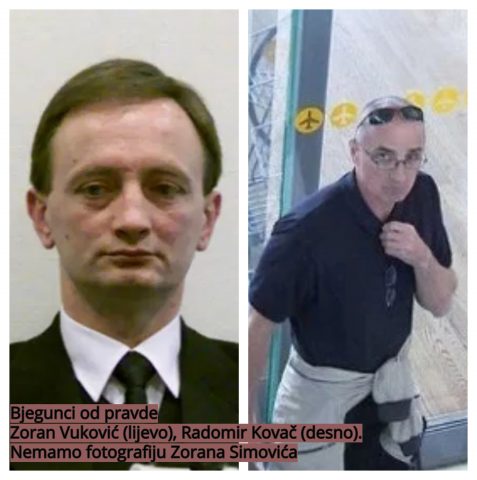 Today marks 29 years since Hasan, Ferida and Sena Klapuh from Foča (Bosnia & Herzegovina), were murdered in Plužine (Montenegro) on 6th of July 1992 by members of the Republic of Srpska Military (VRS) from Bosnia and Herzegovina.

They were killed by five members of the “Dragan Nikolić” detachment of the Republic of Srpska Military (VRS), who were convicted for this crime, qualified as war crime against the civilian population, in Montenegro in 1996, but the majority did not serve their sentence. The Republic of Serbia has failed to extradite Zoran Vukovic to Montenegro for six years, while it is unknown where Radomir Kovac and Zoran Simovic are, who, like Vukovic, were sentenced to 20 years in prison for the same crime.

The High Court in Podgorica in its final judgment from 1996, convicted Janko Janjić, Radomir Kovač, Zoran Simović and Zoran Vuković as direct perpetrators of a war crime against civilian population. They were convicted to up to 20 years in prison each, while their associate from Montenegro, Vidoje Golubović, was given a sentence of eight months in jail due to failure to report a criminal act and perpetrators. Only Golubović attended the trial and served his sentence, while the others had been tried in absentia.

In this case, the Basic Court had initially qualified the crime as murder out of greed, but the Supreme Court of the Republic of Montenegro, acting in chamber presided by judge Stevan Damjanović in 1994 found that the case was a war crime against civilian population committed “in connection with the armed conflict on the territory of Bosnia and Herzegovina”. It was one of the first judgements for war crimes of the 90’s on the territory of ex-Yugoslavia. The final judgement established that on 6th of July 1992 the convicts took money from the Klapuh family to drive them from Foča to Montenegro. When they arrived near the Mratinje dam, they stopped at the bridge, brought the father, mother and daughter out of the vehicle, shot them and pushed them down the cliff.

According to the Montenegrin arrest warrant, Zoran Vuković was arrested in Serbia on 25 December 2015 and was not extradited to Montenegro to date, nor did Serbia decide on Montenegro’s extradition request, contrary to the Agreement between the Republic of Serbia and Montenegro on Extradition, according to which Serbia had to make a decision as soon as possible and inform Montenegro about it.

The Ministry of Justice of the Republic of Serbia did not respond to the Human Rights Action (HRA) why the extradition was not executed, although the High Court in Belgrade determined in March 2016 that all the conditions for extradition were met. Until now, they have only announced in November 2020 that the extradition procedure is “in progress”.

The second convict, Radomir Kovač, has been free since July of 2013, because he served a sentence brought by the Hague Tribunal for War Crimes in Foča. Montenegro first issued a national arrest warrant for him in April 2014, and then an international arrest warrant in February 2015. In a letter to the Minister of Justice of Montenegro, Mr. Zoran Pažin, in January 2017, HRA proposed that Montenegro should inform BiH about the final verdict by which he was convicted in Montenegro. In the response of Minister Leposavić in February 2021, we were informed that the Ministry of Justice of Montenegro only in December 2020 sent a request to the Ministry of Justice of BiH asking from BiH to take over the serving of the prison sentence for Kovač. The Court of Bosnia and Herzegovina first returned the request to the Basic Court in Podgorica in January 2021, and then rejected it in April 2021 for reasons still unknown to us.

In relation to the third convict, Zoran Simović, Montenegro also issued an international arrest warrant. The Police Administration of Montenegro has determined that he had a registered residence in BiH, but declared unknown his current location.

The fourth convict, Janko Janjić, known as ,,Tuta”, committed suicide in 2000 when SFOR made an attempt to arrest him based on the ICTY’s arrest warrant.

The Law on International Legal Assistance in Criminal Matters of the Republic of Serbia stipulates that the Minister of Justice may postpone extradition under two conditions: 1) until the criminal proceedings conducted against the person sought for extradition for some other offence before the national court are finally completed; 2) until the person, in respect of whom extradition was granted, has served the prison sentence or the sentence constituting deprivation of liberty. The Ministry of Justice of the Republic of Serbia did not inform that any criminal proceedings are being conducted against Vukovic in Serbia or that he was sentenced to life imprisonment there.

The Klapuh case shows that the issue of transitional justice for the victims of war crimes should be seen as a task on which all countries of the former Yugoslavia affected by the wars of the 1990s must cooperate. We expect from the acting head of the Ministry of Justice and Human Rights, Sergej Sekulović, to insist that Serbia provide an answer why is she preventing the extradition of war criminal Zoran Vukovic for six years, who has been convicted of war crimes against the Klapuh family. We expect from all countries in the region to cooperate in finding and bringing to justice Radomir Kovač and Zoran Simović as well.