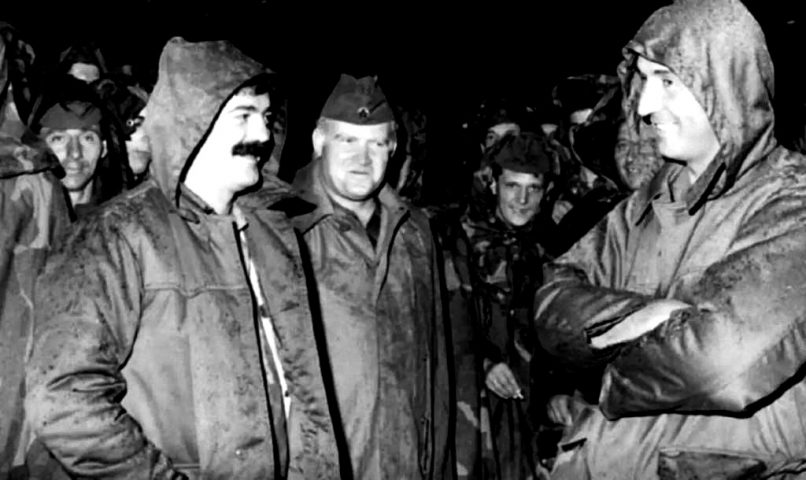 Montenegrin citizens do not know enough about Montenegro’s participation in the wars in the former SFR Yugoslavia from 1991 to 1999, according to the public opinion survey conducted by the Human Rights Action (HRA) in June 2020 with the help of the DeFacto Consultancy agency and with the support of the Government of the United Kingdom, as part of the Regional Project on War Crimes (RWC) of the United Nations Development Programme (UNDP).

Over half of the respondents (57.9%) stated that they were insufficiently informed about Montenegro’s participation in the wars of the 1990s. Of those who considered themselves informed, about 24.2% said that Montenegro “defended” itself in those wars, 16.2% that it was an “aggressor”, while 16.1% stated that it “did not participate in these wars at all”. The survey results are available here.

Bearing in mind such results, we asked Šerbo Rastoder PhD and Novak Adžić MSc, the authors of the recently published three-volume work “The Modern History of Montenegro 1988-2017, from Subversion to NATO” in the edition of Vijesti, to prepare a short text on the participation of the Republic of Montenegro in the wars that followed the breakup of the former Yugoslavia, starting with the war in Slovenia, through the wars in Croatia, Bosnia and Herzegovina and Kosovo i.e. the war with NATO.

Their entire text is available here

the reading time is up to 20 minutes,

and separated by chapters:

“Montenegro has participated in all four wars fought in the 1990s in the former Yugoslavia (Slovenia, Croatia, Bosnia and Herzegovina, Kosovo and NATO). Montenegro’s role in these four wars was determined by its de facto political power within the state entities that participated in these wars (the Federal Republic of Yugoslavia – FRY), in which the Republic of Montenegro formally constituted 50%. The actual power of the Republic of Montenegro was such that during the first three conflicts in the process of breakup of Yugoslavia, it played the role of a satellite of the policy of Slobodan Milošević, who was the President of the Republic of Serbia, and then the President of the FRY. Montenegro also became the most ardent supporter of the conflict (especially during the war operations in Croatia, around Dubrovnik) with the highest degree of mobilization, several times higher than in Serbia. The dynamics of the development of internal political relations in the state union, within which, after the end of the war in Bosnia and Herzegovina, the Montenegrin leadership was clearly removed from Milošević’s war policy, eventually led to the general polarization and confrontation, as well as the fact that the Yugoslav Army (YA) took over the role of “political beating” in relation to Montenegro, trying to keep it within a single “war front” of the quasi-Yugoslav community. Two important things can be noticed – the command over the YA, the armed force of the FRY, which was constitutionally defined as divided, was in fact constantly in the hands of Serbia, while the responsibility for war and war crimes (which also existed in Montenegro), at least when it came to the most responsible factors from Montenegro, international and domestic courts did not recognize.”

The text is published in the framework of the project “Towards Justice for the Victims of War Crimes” which HRA implements within the Regional War Crimes Project (RWC) implemented by the United Nations Development Programme (UNDP) with the support of the Government of the United Kingdom. The content of the text is the sole responsibility of the author and does not necessarily reflect the views of UNDP and the UK Government.