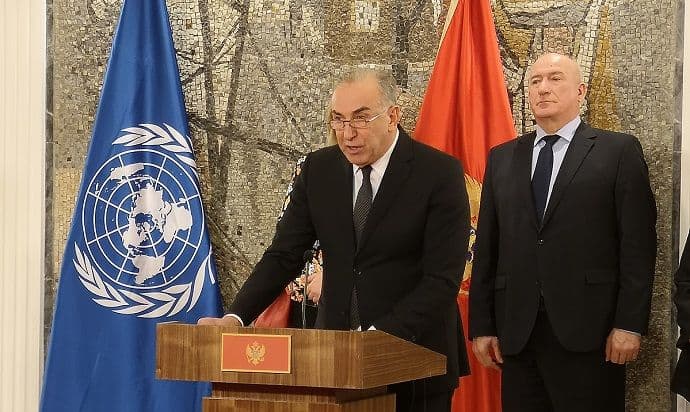 Saturday May 8, marked six years since Ivica Stanković, as the Supreme State Prosecutor, adopted the War Crimes Investigation Strategy on May 8, 2015. In six years, the Special State Prosecutor’s Office, which was responsible for the implementation of this strategy under the leadership of the Chief Special Prosecutor Milivoje Katnić, processed only one case (Zmajević) which was transferred to them by the Prosecutor’s Office of the Republic of Serbia. That does not show the proactive approach expected of the prosecution under the Strategy. The Human Rights Action (HRA) yesterday called on Mr. Stanković to set any date for discussion with all the interested parties on the implementation of the War Crimes Investigation Strategy before leaving office, as he was personally responsible for overseeing its implementation. This Strategy was also the only strategy with the actions of the State Prosecutor’s Office that Ivica Stanković adopted during the performance of the duties of the Supreme State Prosecutor.

The adoption of the War Crimes Investigation Strategy was preceded by an analytical report by the European Union expert Maurizio Salustro, who in December 2014 criticized the previous war crimes prosecutions in Montenegro. He especially pointed out that the state prosecutors did not initiate any investigation on their own initiative and stated as one of the main conclusions the lack of proactive and  strategic approach to the investigation and prosecution of war crimes. The European Commission pointed out in its annual reports on Montenegro that the prosecution had not shown a resolute fight against impunity for war crimes, that charges of command responsibility, co-perpetration and aiding and abetting have so far not been brought. The adoption of the Strategy for the investigation of war crimes was prescribed as a measure by the Action Plan for Chapter 23, and then such a strategy was adopted by the Supreme State Prosecutor on May 8, 2015.

The SSPO did not reopen any of the old cases (“Morinj”, “Bukovica”, “Deportation”, “Kaluđerski laz”, etc.), although the Strategy in Article IV provided that they would be reviewed in “in order to check whether it is possible to identify some more suspects, taking into account all models of criminal responsibility and criminal offenses ”. In 2014, Salustro sharply criticized the processing of the “Bukovica” and “Deportation” cases by both the state prosecutor’s office and the courts. In all reports from 2013 until today, the European Commission emphasized that the judicial decisions passed in war crimes cases were not in line with the international humanitarian law and have contained legal mistakes.

In the context of the Deportation, the SSPO, meanwhile, dismissed three criminal charges without explanation. One was filed against the top authorities and the prosecution by Esad Kočan, the editor-in-chief of the weekly Monitor, Milan Popović, professor at the Faculty of Law of the University of Montenegro and Koča Pavlović, MP, and the other two by journalist and publicist Šeki Radončić, ie Radončić and Jasenka Perović, president of the Association of families of deported BiH citizens in 1992 from Montenegro against Slobodan Pejović and unidentified persons. Regarding the Kaluđerski laz case, the prosecution has not responded to the criminal charge filed by lawyer Velija Murić since 2015.

The Human Rights Action (HRA) yesterday called on Mr. Stanković to set any date for a discussion with interested parties on the implementation of the War Crimes Investigation Strategy before leaving office, as he was the only one in charge of overseeing its implementation. This Strategy, as far as is known, was the only strategy he adopted during his tenure as Supreme State Prosecutor. As a basis for discussion, we also submitted to Mr. Stanković the Draft Report of the Action for Human Rights on the Implementation of the Strategy, based on the reports on the work of the SSPO, which were continuously submitted to him for review.

In its strategic documents on foreign policy and enlargement in relation to the Western Balkans, the European Union emphasized that it considers transitional justice a priority for all countries in the accession process, and the prosecution of war crimes an issue that needs to be addressed urgently. Unequivocal and the same criticisms that the European Commission sends to Montenegro on the topic of war crimes prosecution in all annual reports from 2013 until today clearly speaks of unfulfilled expectations in this area.

We believe that Mr. Stanković and his associates should explain the circumstances that led to the Strategy not leading to the expected results.