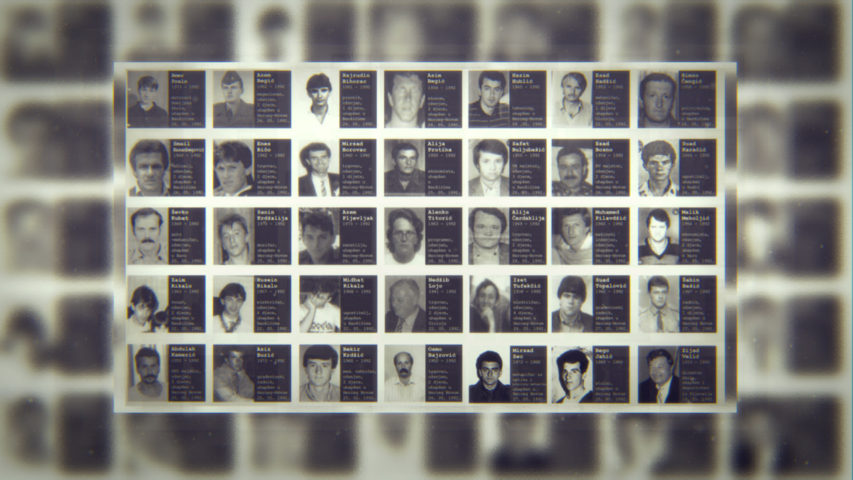 Authorities are unwilling to prosecute war crimes; politicians from the 1990s should withdraw

More than half of the surveyed citizens (53.6%) believe that the current ruling coalition in Montenegro does not wish to shed light on war crimes that had been committed by Montenegrin citizens. An even higher percentage of the respondents (56.7%) believe that only external pressure can encourage the prosecution of war crimes before the domestic courts.

Two-third of the surveyed citizens (67.1%) believe that politicians who were in power during the 1990s at the times of war crimes should not participate in political life.

At the same time, more than half (50.7%) of those surveyed believe that determining the facts about wars and war crimes would contribute to the establishment of better relations among the countries of former SFRY, while the vast majority (73.1%) are of the opinion that, if there is to be a better future, people must nurture the memory of events from the recent past – those that everyone would like to forget.

This was shown by the latest public opinion survey, which was conducted from 9 June to 1 July 2020 in Montenegro by the DeFacto Consultancy agency from Podgorica. The survey was administered for the needs of the NGO Action for Human Rights (HRA), and it included a representative sample of 1,000 respondents. The aim of the HRA survey was to determine the views of Montenegrin citizens on the wars that took place in former Yugoslavia from 1991 to 1999 and the prosecution of war crimes committed while they lasted.

As regards war crimes committed in the territory of Montenegro, the results of the survey show that, among the respondents who had an opinion to express, the majority (41.1%) believe that the trials that were held before the Montenegrin court to date have failed to meet the principle of fairness, and that they have not brought justice to the victims. Only 17.2% of citizens believe otherwise. A total of seven trials were held before the Montenegrin courts for war crimes committed in the territory of Montenegro: “Klapuh”, “Štrpci”, “Deportation”, “Morinj”, “Bukovica”, “Štrpci”, “Kaludjerski Laz”, and – the most recent – Vlado Zmajević trial for crimes committed in Kosovo. Almost half of the respondents believe that Montenegrin state prosecutors and judges are not ready to prosecute persons responsible for war crimes. As the main reason for such a situation, the overwhelming majority of the respondents (65.1%) list “dependence on those in power”, while 37.4% believe that lack of readiness is caused by insufficient expertise of prosecutors and judges.

Most people are insufficiently informed about the wars of the 1990s

40.7% of the respondents claim that they are fully or mostly informed about the wars of former SFRY (Socialist Federal Republic of Yugoslavia) or former FRY (Federal Republic of Yugoslavia, which consisted only of Serbia and Montenegro). Of the majority of 57.9% of the respondents who present themselves as “uninformed” or “partially informed about the war crimes of the 1990s in the territory of SFRY”, 52.4% explain their lack of interest by stating that they do not want to remember these events, while 47.7% say that they are “not interested” in the topic itself. The younger the respondents, the less interested they are. In forming their opinion on war crimes, most (45.4%) recognise the media as the most influential factor.

The respondents’ first associations of the wars of the 1990s are “horror”, “disintegration of the SFRY”, “suffering” and “poverty-hunger”. The term “war crimes” is most often associated with “killings of civilians and innocent people”, followed by “Srebrenica”. The events that took place in the Bosnian-Herzegovinian enclave of Srebrenica which, at the time, was under the protection of the United Nations (UN), are the first thing that respondents independently associate with the notion of war crime in former Yugoslavia. Cumulatively, the highest number of respondents (90.7%) recognises Srebrenica as a war crime, followed by crimes committed in Kosovo in 1998-1999 (87.5%), the attack on Dubrovnik (83.1%), the crime committed in Štrpci (81.7%), the NATO bombing (80.7%), the siege of Sarajevo (79.1%), the siege of Vukovar (78.9%), Operation Storm (78.0%), deportation of BiH refugees (64.9%), abuse of war prisoners in the military camp in Morinj (63.2%), crimes in Bukovica (58.5%), and murder of civilians in Kaludjerski Laz (55.8%). 12.8% of those surveyed had never heard of these events.

More than half of the respondents (50.7%) estimate that determining the facts about the wars and war crimes from the 1990s would contribute to the establishment of better relations among the countries of the former SFRY.

The largest number of the respondents believe that two nations that had the most victims were Muslims/Bosniaks and Serbs. This view depends mostly on the nationality of respondents; thus, 71.4% of the surveyed Muslims believe that Muslims/Bosniaks had the most victims, while 64.2% of Serbs believe that it was the Serbs. On the other hand, Montenegrins believe that Muslims (42.6%) and Serbs (32.1%) had the most victims, while Albanians are of the opinion that it was the Muslims (63.5%). Regarding the opinion about ethnic groups whose members committed the most crimes, respondents were mostly hesitant; they refrained from replying or said that they did not know the answer (29.7%). The prevailing views of those who were willing to express their opinion were that most crimes were committed by Croats (21.7%) and Serbs (21.0%).

Also, 67.9% of the respondents believe that genocide did take place during the wars in SFRY and FRY (this is the opinion of 79.2% of those who identify themselves as Muslims or Bosniaks, 70% of Montenegrins, 68.6% of Albanians and 62.4% of Serbs). Out of this number, the number of those who independently declared that genocide took place in Srebrenica (32.1%) is the highest; they claim that the victims were Bosniaks, i.e. Muslims, and that the perpetrators were Serbs.

Citizens’ opinions about the role of Montenegro in the wars in SFRY are diverse, and reflect the fact that the population is insufficiently informed about recent history. 24.2% of the respondents believe that Montenegro was defending itself, 16.2% that it was an aggressor (significantly more men (21.8%) than women (9.4%) share this view), all of 16.1% are of the opinion that Montenegro had not participated in these wars at all, while the rest believe something else (that “it only participated” – 7%, that “it both defended itself and acted as an aggressor” – 1.7%, that “it was neutral” – 1.3%, that “it was forced to take part in the wars” – 1%, and that “no one asked Montenegro about anything” – 0.6%.

Almost half of the respondents (49.4%) never heard of any Montenegrin citizens who had committed war crimes in the former SFRY. When asked if they knew the name and surname of a Montenegrin citizen who was indicted for or convicted of war crimes, the majority of the respondents replied that they did not (68.3%), while some (7.9%) remembered General Pavle Strugar (convicted before the Hague Tribunal for the attack on Dubrovnik), Major Veselin Šljivančanin (2.3%), whom the Hague Tribunal convicted of crimes against Croatian war prisoners in Vukovar, and Veselin Vlahović – Batko (2.3%) who was convicted of numerous war crimes committed in Sarajevo.

More than half of the respondents (51.6%) have a negative opinion about the work of the International Criminal Tribunal for former Yugoslavia. Also, 56.4% believe that the Hague Tribunal did not act the same way toward suspects of different ethnicities. However, opinions are divided on whether the trials in The Hague contributed to finding out the truth about the wars and crimes committed in the territory of the former SFRY. 44.4% of the respondents believe that they did not, while 42.5% are of the opinion that they did.

War criminals, persons suspected of war crimes and politicians who were in power in the 1990s should not participate in political life

In relation to political life, 83.9% of the respondents believe that convicted war criminals should not participate in political life; 78.9% believe that the same should apply to those suspected of having committed war crimes, while 67.1% are convinced that politicians who were in power at the time of the war crimes of the 1990s should not be involved in political life either. When voting for a political party or a specific politician, the relative majority of the respondents (42.6%) say that are influenced by said party’s or politician’s view of war crimes from the 1990s.

Respondents agree that, if there is to be a better future, it is necessary to nurture memories and remember the events that everyone would like to forget (73.1%), and that the venue of each war crime should be marked with a memorial plaque or a monument to victims (82.2%). The most common explanation they offered was that such acts represent tributes to victims of war.

The survey data suggest that dealing with war crimes must become a priority of the Montenegrin authorities. HRA expects the new government to take it seriously into account and do everything in its competence. The prosecution of those responsible for war crimes is an obligation of the state under domestic and international law, an urgent task within the framework of European integration, and a moral debt to the victims, Tea Gorjanc Prelevic, HRA executive director.

The public opinion survey was conducted in June 2020 by the agency DeFactoConsultancy, for the needs of the Human Rights Action (HRA) as part of the project “Towards Justice for the Victims of War Crimes”. This project is implemented by the HRA with the support of the Government of the United Kingdom, as part of the Regional Project on War Crimes (RWC) of the United Nations Development Programme (UNDP).