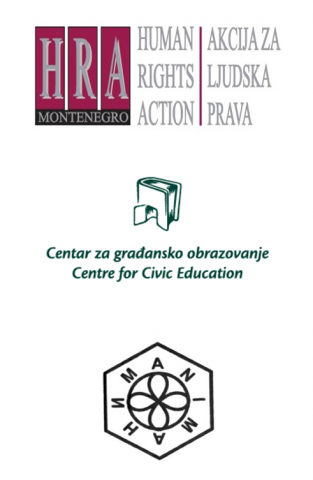 Considering the ongoing public challenge and the fact that clarifying the issue would contribute to efforts to establish, rather than challenge, a culture of memory, the Centre for Women’s and Peace Education ANIMA, the Human Rights Action (HRA) and the Centre for Civic Education (CCE) appealed today to the Ministers of Defence and Foreign Affairs to inform the public about the legal grounds for displaying a memorial plaque in Morinj.

“Our organisations have been working on issues of dealing with the past for decades now, and in that context, we believe that it is important to display memorial plaques in locations where crimes were committed. It is also very important to us that such actions be conducted in accordance with the Montenegrin legal framework. We therefore expect you to inform the public about the legal grounds for displaying the memorial plaque”, reads the letter that was submitted to the Ministry of Defence and the Ministry of Foreign Affairs.

ANIMA, HRA and CGO also recalled that they had previously already addressed the authorities in the Municipality of Kotor, in accordance with the Law on Memorials, for the purpose of displaying a memorial plaque on the site of the former military camp of the Yugoslav National Army (YNA) in Morinj.

Namely, in 2019, ANIMA submitted to the then municipal leadership the Initiative for erecting a memorial in Morinj, at the location where the YNA had organised the Centre for the reception of prisoners from Croatia, known as the Morinj Camp, where 292 persons from the area of Dubrovnik had been kept in inhuman conditions from 3 October 1991 until 18 August 1992. They acquainted with the initiative the President of Montenegro, who was Prime Minister at the time, the Speaker of the Assembly, the Ministers of Justice and Defence, as well as the Consulate General of the Republic of Croatia in Montenegro. In his reply, the President referred Anima to the Municipality of Kotor, where Anima – as someone who intended to erect a monument on its own – was asked to fulfil a number of requirements.

In September 2021, HRA, ANIMA and CGO jointly repeated their request to the authorities in the Municipality of Kotor, appealing to them to erect the memorial on their own, in the interest of the public and in accordance with the aforementioned Law. They never received a reply regarding this request, either from the President of the Municipality, Vladimir Jokić, the Secretary of the Secretariat for Culture, Sports and Social Activities, Tatjana Kriještorac, or the Speaker of the Kotor Municipal Assembly, Maja Mršulja.

Nevertheless, Mayor Jokić’s publicly stated position – that he supports the initiative to display a memorial plaque at the above location in line with the legally established facts from the court judgment – is encouraging. As a reminder, in 2013 the Higher Court in Podgorica found four persons responsible for war crimes against prisoners in Morinj, while in 2014 the Appellate Court of Montenegro upheld that judgment, making it final. The judgment established that prisoners of the Morinj Collection Centre were exposed to physical ill-treatment, and that victims were constantly exposed to the atmosphere of terror and fear for one’s life.