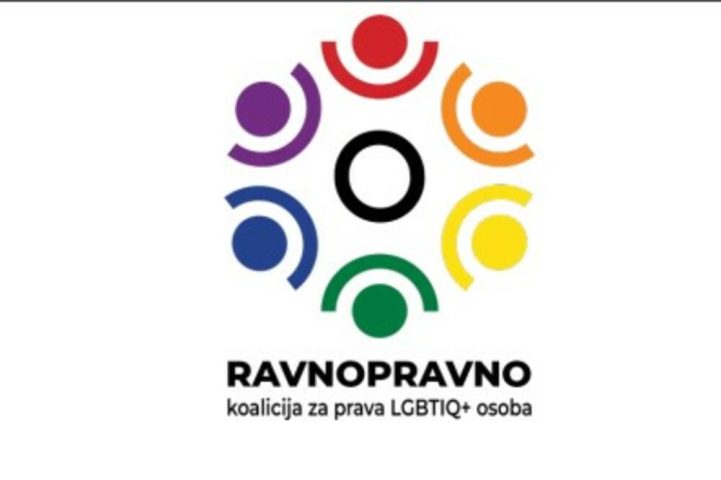 The Coalition for the Rights of LGBTIQ+ Persons ‘EQUALLY – RAVNOPRAVNO’ calls on Prime Minister Dritan Abazović to immediately exclude attorney Velibor Marković from the Commission charged with reviewing the compatibility of the provisions of the Basic Agreement between the State of Montenegro and the SPC with the legal order of Montenegro. We also expect the Prime Minister to publicly disclose his position in relation to Marković’s latest outbursts, especially the insidious comments published yesterday regarding our colleagues Tea Gorjanc Prelević and Aneta Spaić, Dean of the Faculty of Law.

We call on the Protector of Human Rights and Freedoms of Montenegro, Siniša Bjeković, to initiate proceedings regarding this case on his own initiative; also, once again, we call on the Bar Association of Montenegro to stop participating in spreading misogyny and homophobia through its own silence and inaction and to urgently deal with Marković’s earlier and repeated misogynistic views.

We hereby point out to the public that yesterday, on 22 July, on his Facebook profile, attorney Marković publicly incited hatred and spread misogyny in his reaction to the position of Professor Aneta Spajić, who said that she would not participate in the work of the Commission if Marković – who cultivates and publicly promotes homophobic and misogynistic attitudes – remains its member. Earlier the same day, he has reacted extremely inappropriately and has tried to discredit Tea Gorjanc Prelević, the Executive Director of Human Rights Action, simply because she left the Commission to which he was appointed, in defence of her own principles.

We also point out the position of the EU Delegation in Montenegro, which, in its commentary on the election of Marković, clearly underlined that “homophobia and gender-based intolerance go against everything that the European Union represents, as a community based on respect for human dignity, equality and justice” and that “the composition of the body appointed by the Government should reflect these fundamental values”.

Finally, we would like to point out that law is a science that is based on ethics, which Marković is shamelessly trampling on, and that Montenegro – as a secular state that strives for modern values of democratic societies and for the concepts of human rights and freedoms – must be a society that condemns any unethical behaviour, in any profession, especially in those where justice, fairness and equal treatment for all must constitute a basic prerequisite for expertise. Reaching a solution implies that each member of the Working Group must observe the elementary culture of dialogue. That culture is a prerequisite for a civilised discussion and exchange of arguments. The fact that the team includes a person who has, for years, reacted to different opinions utilising the most mundane insults, shows that there is no wish to reach a solution.

Any further refusal by Prime Minister Abazović to remove Marković would clearly indicate a conflict with the fundamental values of the EU, the views of Montenegro’s western partners, and support for the attempt of a homophobe and misogynist to discredit the civil society. We hope that Prime Minister Abazović will easily and quickly realise what the only right thing to do is, and that he will show that he does not support the spread of intolerance towards women and LGBTIQ persons.

Member organisations of the Coalition for the Rights of LGBTIQ+ Persons ‘EQUALLY – RAVNOPRAVNO’:

– Centre for Affirmation of Roma and Egyptian (RE) population

– Centre for Monitoring and Research – CeM