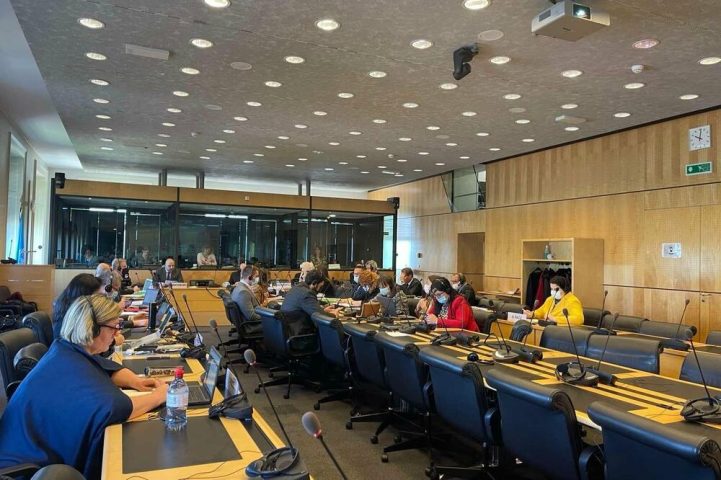 In the last eight years, Montenegro has fulfilled less than a third of the Committee against Torture’s (CAT) recommendations from 2014, and most of them only on paper, according to the Human Rights Action (HRA).

During consideration of the third periodic report of Montenegro on how the State implemented the provisions of the Convention against Torture by the CAT in Geneva, the State delegation announced changes to several laws and the construction of new prison facilities, which would lead to the adoption of the Committee’s 2008 recommendations. The Delegation did not answer all of the Committee’s questions concerning the application of the Convention in practice, even within the additional deadline. The Committee’s concluding observations on Montenegro will be published on Friday, 13 May 2022.

Specifically, the State delegation announced amendments to the Criminal Code of Montenegro which will exclude the statute of limitations for acts of torture, the imposition of suspended sentences for cases of torture, and increase penalties for the offence of Torture. It will also be obligatory to impose a security measure prohibiting the performance of vocations, activities, and duties of officials convicted of torture.

If these changes, proposed by the Committee in 2014, and highlighted by the HRA during each cycle of amendments to the Criminal Code, were adopted when they were made, it would not be possible for over 50 police and prison officers convicted of torture and ill-treatment to avoid imprisonment with suspended sentences and to work in the police and prison to date.

Until now, free legal aid has been provided ONLY to police officers in proceedings against them on charges of abuse, and NOT to victims of police torture, so the announced changes will be an important positive step forward which should be made as soon as possible.

To reduce overcrowding in prisons and improve the conditions of persons deprived of liberty, the Strategy for Execution of Criminal Sanctions (2017-2021) and the Action Plan for its implementation planned the construction of four new facilities: the Special Health Institution, the Multifunctional Facility, the Application Room, and the Open Department, as well as the construction of the Prison for the Northern Region in the Municipality of Mojkovac. The head of the Montenegrin delegation, Bojan Božovic, pointed out that so far there was no political will, and no awareness of the need to resolve this issue, so the construction of four new prison facilities will begin in December 2022, which means that there will be no better conditions for prisoners until the end of 2024, when the deadline for completion of works is set.

HRA is concerned that the construction of a new remand prison in Podgorica does not appear to be planned. The conditions in that prison are still worse than in the prison where the sentences are being served, instead of the other way around, considering that persons in the Remand prison are not convicted.

The Juvenile prison started operating in 2020. Due to the non-existence of the Juvenile Correctional Facility, there are also persons who were sentenced to an educational measure of referral to an institution of the factory type, which is not in accordance with the law, and that is why the Committee asked the Delegation to declare the possibilities and plans for building an appropriate institution. The State delegation did not answer this question.

The Committee particularly noted the disparity in the number of reported and prosecuted cases of torture, which is a direct consequence of ignoring the 2014 recommendations on how to conduct effective investigations in these cases. In this regard, the Committee requested in particular the statement of the Delegation on 15 serious reports of extortion of testimonies in 2020-2021, against officers of the Criminal Police Department at the Podgorica Security Centre and the Sector for the Fight against Organised Crime and Corruption, pointed out by the HRA. The reports indicate a pattern of behaviour, more precisely the systematic extortion of testimonies by individuals suspected of participation in “bombing attacks”, i.e. extortion of testimonies about acts of organized crime. HRA believes that these reports must have been considered comprehensively, as a whole, but the Basic State Prosecutor’s Office in Podgorica has not approached them that way so far but has conducted individual investigations, of which only one led to an indictment that has not yet been confirmed. The State did not provide information on these cases.

Regarding war crimes investigations, as the Committee had expected Montenegro to intensify its efforts to combat impunity since 2014, the Committee raised several questions on the causes of impunity, command responsibility, and a proactive approach. In its responses, the delegation focused on the investigations in the cases of V. Zmajević and S. Peković, while there was no information on the revision of old cases that led to acquittals by incorrect application of international humanitarian law.

The participation of the NGO Human Rights Action at the session of the Committee against Torture was made possible by the project “Advancing Transitional Justice in Montenegro”, which is financially supported by the National Endowment for Democracy (NED), as well as the Sigrid Rausing Foundation.