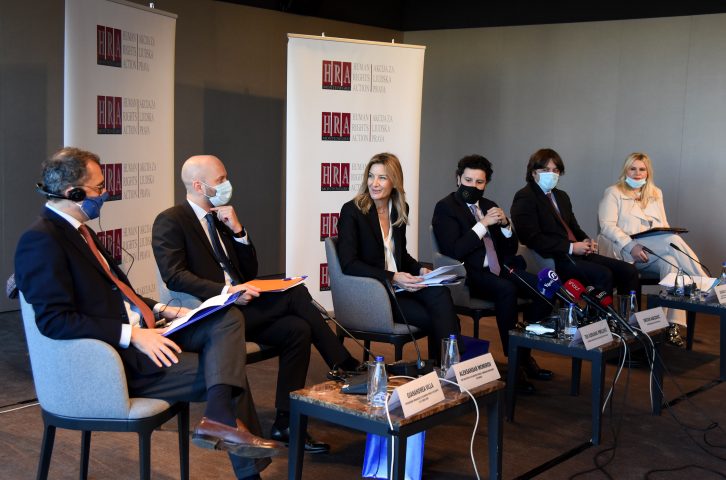 The executive director of HRA, Tea Gorjanc Prelević, said that the reform of the prosecutor’s office has been going on for 20 years and pointed out the necessity for it to be realized as soon as possible.

She stated that the problem of the independence of state prosecutors is still present, as well as the ineffective system of evaluation and determination of professional liability, illegal allocation of apartments and rejection of criminal charges due to obsolescence.

“We believe that there is something worse from such a bad work of the Council, and that is that the body does not work at all. This is happening today, the Council last met in July, since when there are no new elections of prosecutors and managers, there is no one to consider citizens’ complaints about their work or to determine their liability”, said Gorjanc Prelević.

She said that the Council cannot act without half of its members from the ranks of eminent lawyers, whose election, as she said, was left on the political market, to the detriment of the public interest.

The Law on the State Prosecutor’s Office is good and is largely in line with the recommendations of the Venice Commission, while the criticism that could be heard due to the changes in the law is unfounded because the previous Prosecutorial Council was extremely politicized, said Deputy Prime Minister, Dritan Abazović.

“I hope that the proposal will be in the Parliament soon, but that is only hope. No one can accuse the Democratic Party of Socialists or the opposition anymore. We have a majority that cannot elect the members of the Council”, said Abazović.

He emphasized that the paradoxes of the Montenegrin reality continue, and that members whose terms expire in January can count on being able to be in the acting state for some time to come.

Abazović said that it was completely incorrect that someone has something against people in the prosecutor’s office who do their job honorably.

“We have a situation where many prosecutors want to work, but their managers prevent them from doing so. It is necessary to create an atmosphere in which the employees of the prosecutor’s office can be professionally realized”.

He said that everyone who wants Montenegro in the European Union must know that the prosecutor’s office must and should work in a different way.

Minister of Interior Affairs and Acting Minister of Justice, Human and Minority Rights, Sergej Sekulović, said there is space for improvement in the Law on the State Prosecutor’s Office, adding that criticism of the NGO sector are well-founded but that there are no ideal solutions.

He assessed that the degree of maturity of the political elite determines whether a person who is not politicized will take the position of the acting Supreme State Prosecutor (SSP).

“There should be no debate about who will be the acting SSP, but who will be SSP. I appeal to political subjects to finally start working on that”, he emphasized.

Sekulović pointed out that amendments to the Law on the Prosecutor’s Office should be made in order to achieve concrete results.

“An alternative to that is the blockade of the system and lack of trust of citizens. I think that we are in the minute to 12 and that we should start this process as soon as possible”, said Sekulović.

The State Prosecutor in the Supreme State Prosecutor’s Office, Jelena Đaletić, said that it is necessary for all state bodies to contribute to reforms aimed at Montenegro’s European integration.

“The Prosecutorial Council traces the path of professionalism and responsibility of the holders of that function,” said Đaletić. She also pointed out that state prosecutors must be more self-critical and transparent regarding the results of their work and the difficulties they face, as well as that the heads of prosecutor’s offices must work on improving managerial skills.

“There is no single matrix by which to address the challenges, but there are standards that clearly indicate the direction of implementation of reforms. These standards should be taken into account in the process of changing the legal framework, but also in their application.”

Gianandrea Villa, Rule of Law Program Manager in the EU Delegation to Montenegro, said that the EU continues to support the Montenegrin authorities in the reform of the judiciary and the rule of law, which are of key importance for Montenegro.

“Amendments to the Law on the Prosecutor’s Office are not fully in line with international standards and recommendations. I am glad to hear that the law will be improved”, stated Villa.

He announced that a presentation of Montenegro’s accession report will be held next week, at which the fulfillment of obligations from the negotiating chapters will be discussed.

Veselin Radulović, lawyer and author of the report, said that the conclusion was that the amendments to the Law on the State Prosecutor’s Office were not of sufficient scope and quality for the necessary reform of the prosecutor’s organization. And what was recognized not only by the professional but also by the lay public is that the aim of these changes was to subject the prosecution to political control as much as possible, especially with regard to changing the composition of the Prosecutorial Council and terminating its mandate.

He presented the conclusions and recommendations of the report “Election, promotion and determination of professional liability of state prosecutors in Montenegro 2020-2021”, which are available here.

Among other things, he pointed out that the Prosecutorial Council did not apply the provisions of the Law on Pension and Disability Insurance which entered into force on 12 August 2020, with the justification that amendments to the law are contrary to the Constitution of Montenegro, despite the fact the Constitutional Court is the only body that can assess the constitutionality of the laws. In this way, the Prosecutorial Council went beyond its competence and endangered the rule of law.

Then, complaints about the work of state prosecutors proved to be an ineffective means of verifying the legality of their actions. None of the 157 complaints against the work of prosecutors, which have been decided upon since the beginning of 2020, has led to the initiation of disciplinary proceedings, although there have been cases of serious omissions and violations of the law. Of the 157 complaints that were decided upon, only in 7 cases was it clearly stated that the complaint was founded, in one that the complaint was partially founded, in 12 cases instructions were given to eliminate irregularities without comment on the merits of the complaint itself, and in 136 cases it was stated that the complaint is unfounded.

The Law on the State Prosecutor’s Office and the Code of Ethics of State Prosecutors do not differentiate between certain violations offences and violations of the Code, so the same behaviour can be interpreted as a disciplinary violation or as an ethics violation. This causes legal uncertainty, reduced accountability and unequal treatment of public prosecutors.

The system of disciplinary responsibility of state prosecutors for disciplinary offences related to the performance of the prosecutorial function and acting in specific cases has not taken root in practice. For the past six years, no state prosecutor has been disciplined for any omissions made in any particular proceeding. Only two disciplinary procedures were initiated, at the initiative of the Anti-Corruption Agency, against state prosecutors who have failed to report property.

In the process of promotion, the evaluation of the interview was always decisive for the election of state prosecutors, because the performance of all the candidates was evaluated with the best possible mark – “excellent”. However, none of the election decisions provided an explanation of how the prescribed criteria for evaluating the interview were assessed based on the prescribed indicators.

In the last report, as in several previous ones, the European Commission criticized the Prosecutorial Council for insufficiently reasoned decisions.

Duško Milanović, the Head of the Basic State Prosecutor’s Office in Cetinje, said that the Prosecutorial Council worked very hard and was active, although this report does not show that.

“A lot is expected from the new Law on the State Prosecutor’s Office, and the state prosecutors want it to come to life and for our working conditions to be improved” he said.

“This dominant role excludes risk if the persons performing that role in the Prosecutorial Council are taken into account.”

Stevo Muk, a candidate for a member of the Prosecutorial Council of NGO representatives and president of the Board of Directors of Institute Alternative, said that there is a negative solidarity on the scene within the state prosecutor’s office, which is part of the organizational corporate “culture”.

“It is about solidarity in sin, which means that we all assure each other that we will not be punished if we do something bad. I think that the state prosecutor’s office in Montenegro is mostly under the influence of that negative solidarity.

“All other external influences are less dangerous for the prosecution than this phenomenon”, he said.

Muk emphasizes that reading this report, he saw that the Prosecutorial Council, instead of encouraging the breaking of that negative solidarity, is doing the opposite and encouraging its continuation.

The report covered the period from the beginning of 2020 to the end of July 2021, when the Prosecutorial Council held its last session this year, and was made within the project “Strengthening safeguards of judicial independence in Montenegro” thanks to the financial support of the Embassy of the Kingdom of the Netherlands. 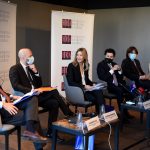 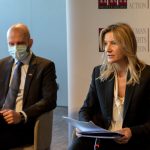 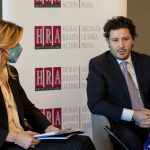 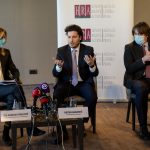 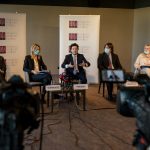 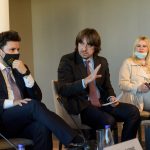 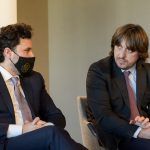 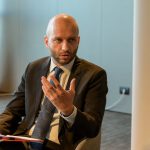 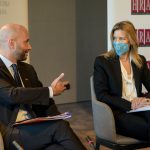 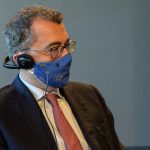 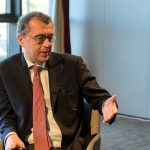 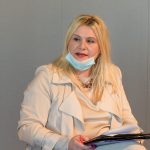 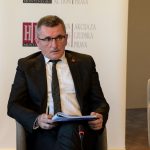 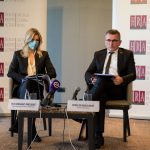 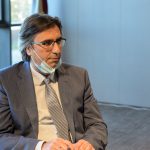 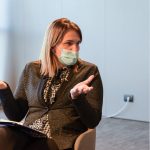 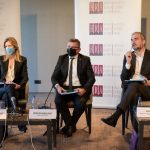 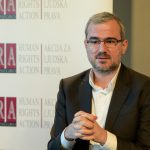 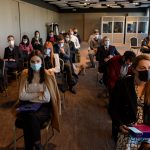 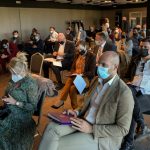 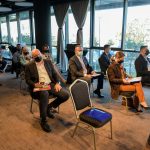 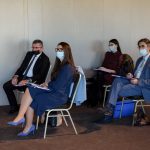 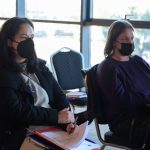 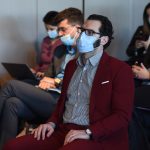