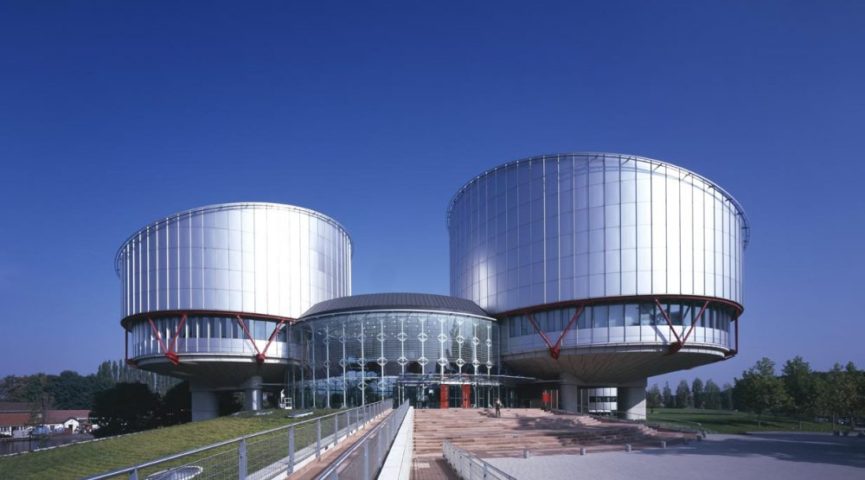 The judgment passed by the European Court of Human Rights on November 9th 2021, established that several state bodies of Montenegro failed to adequately apply the law and protect personal integrity of Daliborka Spadijer from retaliation of her colleagues, whom she reported as a civil servant for a serious disciplinary offense in the Institute for the Execution of Criminal Sanctions (IECS).

The Human Rights Action requests that each of these state bodies review the conduct of its officials in that case and ensure that the same or similar conduct is not repeated.

Only because she acted responsibly and reported the illegal conduct of her colleagues, civil servants in the Podgorica prison, Ms. Spadijer continuously experienced bullying, large stress and even physical injuries. Moreover, she experienced disappointment and damage because not a single state body protected her. Her experience discourages every honest citizen and civil servant from reporting illegal actions. Instead of her act, done in the common interest of security, legality and the rule of law, being highlighted as a positive example and adequately rewarded, Ms. Spadijer ended up in early retirement, with chronic health problems and on the brink of poverty.

Ms. Spadijer reported five colleagues for misconduct on New Year’s Eve in a women’s prison. Officers were punished in disciplinary proceedings by a salary reduction of 20-30%, while officer A.V. who had “physical contact” with prisoners, had been sanctioned by a 40% fine of monthly salary and a temporary suspension.

However, that is where her problems had only begun. She experienced open threats and insults from colleagues, especially N.R., immediately after the incident was reported, and A.V., and then from her superiors, who ignored her requests for protection of rights, reduced her competencies, reduced her salary, ignored her reports of violating prison rules, failed to sanction ignoring her orders and reports, humiliation by prisoners, etc. She also experienced a broken windscreen on the car and a physical attack by an unknown perpetrator, during which she suffered serious injuries.

Ms. Spadijer asked his employer to initiate proceedings for her protection against bullying at work through mediation, in accordance with the Law on Prohibition of Ill-treatment at Work. The mediator, when determined by the employer, dismissed her request as unfounded, and the European Court of Human Rights determined that it had no legal basis for that, ie. that he had not even been authorized to assess the merits of the claim.

Ms. Spadijer on two occasions reported attacks on her to the police and the state prosecutor’s office, the first time in 2013, when the windshield on her vehicle was broken, and the second time, in 2015, when an unknown attacker threatened and inflicted bodily injuries. The state prosecutor’s office has not issued any official decision on these criminal charges for eight and six years, respectively, although the State prosecutor by law had a six months deadline to do so.

She also unsuccessfully sought the courts for compensation for damage against bullying. Although the Court of first instance in Podgorica ruled that her allegations were true and that her mental problems were related to those allegations of conflict at work, it arbitrarily determined that the incidents did not amount to mobbing for lacking the allegedly required frequency, i.e. they had not been repeated every week for six months (!) This verdict was confirmed by the High Court in Podgorica and the Supreme Court of Montenegro. The European Court of Human Rights criticized the approach of domestic courts, finding that they failed to examine several specific allegations made by Spadijer in her lawsuit, and regarding their legal conclusion, stated that “it is very difficult to accept the courts’ approach to such a case.” The European Court pointed out that all allegations of harassment must be thoroughly examined in each individual case, in the light of the specific circumstances of each case and taking into account the overall context, and that it should be kept in mind that incidents may occur less than once a week in a period of six months so that it is nevertheless considered bullying (paragraphs 95-97).

The Ombudsman also failed to protect Ms. Spadijer’s rights. The European Court of Human Rights found that Ombudsman based his decision only on the basis of the employer’s submissions, without invitation and hearing the applicant and other persons concerned, against to the Law on the Protector of Human Rights and Freedoms which explicitly provides that he may call witnesses.

In this case everyone failed, starting with the prison administration, which was headed at the time by Miljan Perović, and his assistant Sladjan Raičković, the Ministry of Justice Minister Duško Marković, competent judges in that case in the Court of First Instance in Podgorica (Mr. Miodrag Pešić, by decision P. No. 4822/13), the High Court in Podgorica (Ms. Magdalena Zečević, President of the Chamber, by decision Gž. No. 1698/15) and the Supreme Court (Mr. Branimir Femić, by decision Rev. No. 104/16), through the competent state prosecutors in the Basic State the Prosecutor’s Office in Podgorica (Ms. Ljiljana Klikovac, State Prosecutor, ie Head of the ODT in Podgorica), the Constitutional Court (Ms. Mevlida Muratović, President of the Chamber, U-III, No. 592/16) and the Ombudsman (Mr. Petar Ivezić, Deputy Ombudsman, No. 371 / 13 of 2 September 2014). Ms. Spadijer had also  unsuccessfully addressed the then Prime Minister, Mr. Milo Đukanović, and the President of the state, Mr. Filip Vujanović.

MP Ms. Azra Jasavić tried to draw the attention of the Minister of Justice to this case with a parliamentary question in March 2014, and asked for his statement on what he undertook to protect the personal integrity of single mother Daliborka Špadijer against bullying. Minister Markovic replied that he had asked IECS to conduct a mediation in accordance with the Law on the Prohibition of Harassment at Work, and that the Commission, formed by IECS, had determined that there had been no bullying.

The European Court of Human Rights found that Montenegro violated Article 8 of the European Convention on Human Rights because it did not protect Daliborka Spadijer’s personal integrity against bullying at work and assaults, which followed after she reported that her colleagues had committed a disciplinary offense. The Court emphasized that the failures of state authorities to comprehensively consider the incidents in the context of Ms. Spadijer’s case as “whistle-blowers” were so defective that they led to a violation of the state’s positive obligation under the Convention. The Court noted that “the positive obligation of States under Article 8 of the Convention to effectively enforce laws against serious ill-treatment is particularly important in cases, such as Ms Spadijer’s, in which ‘whistleblowing’ activities have led to it”.

The Human Rights Action appeals that this judgment of the European Court of Human Rights is followed by serious reconsideration of the application of the law in the field of protection of “whistleblowing” and the prohibition of bullying at work, as well as the belated actions of state prosecutors on criminal charges in breach of legal deadlines.