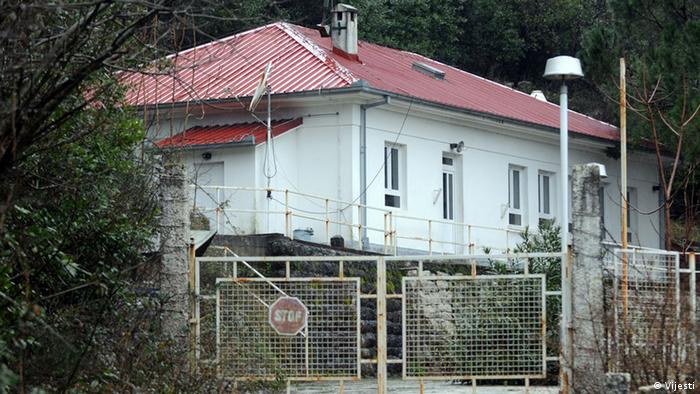 The Human Rights Action (HRA) welcomes a very important event in which, for the first time in thirty years, the Republic of Croatia and Montenegro jointly marked the place of war crimes in Morinj, Montenegro.

We expect the two countries to continue cooperating in the same spirit on the commemoration and investigation of war crimes, including the crimes on the Dubrovnik battlefield and the crimes in the Lora military camp in Split.

We expect the Government of Montenegro to take a strategic approach to commemorating victims of all war crimes and the places where such crimes took place. Dealing with the mistakes of the past is the only way to provide for a future in which the same mistakes will not be repeated.

The state prosecutor’s office must fundamentally change its approach to the investigation and prosecution of war crimes and address command responsibility for both the Morinj camp and other crimes.

On Sunday, October 3, 2021, the Ministers of Foreign Affairs of the two countries, Gordan Grlić Radman and Đordje Radulović, visited together the place where the Yugoslav People’s Army (JNA) camp was located 30 years ago and where about 270 prisoners from the Dubrovnik battlefield were exposed to torture from October 1991 to August 1992.

In its verdict, which established the responsibility of four perpetrators of war crimes against prisoners of war, the High Court in Podgorica said that in the Morinj concentration camp “there was an atmosphere of terror and fear for life to which the victims were constantly exposed”.

The Minister of the Interior of the Republic of Croatia, Mr. Grlić Radman, pointed out that in the Morinj case “mostly guards were convicted, but we still do not know who those principals were, so there is still room for prosecution of others who should be prosecuted.” In the same vein, HRA criticized the approach of the State Prosecutor’s Office, which never saw the crimes in the Morinj camp as an organized system of ill-treatment of prisoners, and accordingly accused those who were superior to the direct perpetrators, although there were grounds for doing so.

The State Prosecutor’s Office of Montenegro, quite unjustifiably, did not show the required active approach to the prosecution of war crimes and systematically avoided command responsibility, which is posing a special burden on the state in achieving the rule of law.

HRA has consistently advocated for justice for war crimes victims.

Victims have the right to criminal justice, to the truth about crimes, to compensation and to memorialization of the places where the crimes were committed.

Together with the Center for Women’s and Peace Education ANIMA and the Center for Civic Education (CGO), we demanded permanent memorialization of the place where the Morinj camp was located, as well as the place in Herceg Novi from which most Bosnian refugees were deported to death.

In May of this year, our three organizations submitted to the President of the Parliament of Montenegro, Aleksa Bečić, the the initiative to declare May 27 the Day of Remembrance for the victims of the Deportation of Refugees in 1992 from Montenegro.

On September 14, we submitted an initiative to the new President of the Municipal Assembly of Herceg Novi, Ivan Otović, to erect a memorial to the victims of the Deportation of the Refugees in 1992 in Herceg Novi, but we have not received any answers from them to date.