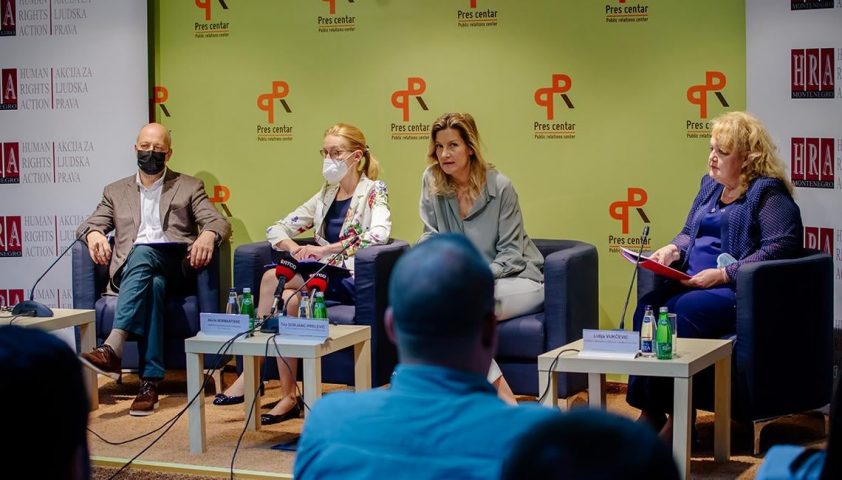 Podgorica, PR Centre – The implementation of the War Crimes Investigation Strategy in Montenegro has let down expectations due to insufficient political and public will to process all war crime cases. More proactive approach of the state’s prosecution office is requisite in order to implement the document.

This was announced at the round table „Six years of implementation of the War Crimes Investigation Strategy in Montenegro“, organised by Human Rights Action (HRA) to present their report dealing with the subject.

The Executive Director of HRA, Tea Gorjanc-Prelević, recalled that the War Crimes Investigation Strategy was adopted in May 2015 and that its implementation has let down expectations.

„The only war crime case processed in six years in Montenegro was the case which was delivered by another state. Therefore, one cannot speak of proactive performance of the State’s Prosecution Office of Montenegro, which had been expected and foreseen by the Strategy“, says Gorjanc-Prelević.

She pointed out that there was a promise, stated at the very beginning of the Strategy, that “investigation of war crimes must be strengthened by more efficient research, persecution, trial and sentencing in accordance with international standards”.

She reminded that a special topic of the Strategy was the obligation of the Prosecution Office to reopen cases which have been unsuccessfully processed in Montenegro, such as „Bukovica“, „Deportacija“ and „Kaluđerski Laz“, „in which the courts couldn’t find the strength to even establish that a war crime happened“.

„All accused in those cases were set free, and those verdicts were criticised by the European Commission and UN as a false application of the law. We were not, in the end, able to see any report showing that the prosecution ever dealt with those cases again and in what way“, says Gorjanc-Prelević.

The political affairs officer at the EU Delegation to Montenegro, Akvile Normantiene, says that it is necessary to punish the perpetrators of war crimes, noting that those are tragic consequences of the nineties, and that any attempt to deny that, or to revise it goes against European law.

„In this context, I am glad that the Resolution about Srebrenica was adopted by the Montenegrin Parliament, which recognises and condemns genocide and prohibits denial of genocide. This is an important step towards reconciliation in the Western Balkans“, says Normantiene.

She reminded that, whilst Montenegro strives to implement the Strategy, the European Commission recognises that in the annual report from October 2020, the results in this area were limited.

„A more proactive approach towards the implementation of the Strategy is necessary. Therefore, it is necessary to address war crimes, especially related to the capacity to process them. Moreover, it is of the highest importance to ensure that the victims of war crimes have equal access to justice in accordance with European and international standards and that compensation be in accordance with the orientation of the country with regards to joining the European Union“, says Normantiene.

Head of the Regional Support Program for War Crimes Trials under the United Nations Development Program (UNDP), Ivan Jovanović, believes that one of the main challenge that all prosecution offices and courts face is the race against time.

„As time passes, victims, eyewitnesses, witnesses, or potential witnesses, are fewer and fewer, as well as those available to testify, as time passes, their testimonies are often insufficiently reliable, because of the passage of time“, says Jovanović.

He pointed out that it is necessary to establish criteria for choosing priorities amongst cases that need to be processed.

„It is necessary to have a strategic approach – this may imply bringing a national strategy for processing war crimes. It’s also necessary to further educate the judges, prosecutors, police investigators, professional collaborators in the prosecutor’s office and court, as well as to the service for victims and witness support for them to handle these cases. Especially if it is a matter of rape cases or sexual violence cases“, states Jovanović.

In these seven cases, as she added, indictments and court epilogue in these cases occurred.

„I find that in the previous period, as well as today, there was not enough political and public will to process all war crimes. Aside from the work of the Special Prosecutor’s Office, there has to exist support from all other competent institutions“, Vukčević points out.

She deduced that the Special State Prosecutor’s Office (SSPO) did act according to the Strategy in the previous period, as it aided the cooperation with the prosecutor’s offices of the neighboring states to a higher level.

The legal advisor in the HRA, Đorđije Drinčić, presenting the conclusions and recommendations of the report „Implementation of the War Crimes Investigation Strategy of the State Prosecutor’s Office of Montenegro”, stated the Strategy did not have implementation deadlines, and that the reports on the work of SSPO were not following activities from the Strategy. He pointed out that „there are no indicators to prove that anything was done in terms of utilizing the international-legal institutes which the International Court in Hague knows, and those are an immense responsibility, complicity, aiding and abetting, although the European Commission expected that“.

„In that context, it is important that the State Prosecutor’s Office is guided by the experience of those institutions and to utilise all the possible necessary support which can be offered as guidance“, states Drinčić.

He said that when it comes to transparency of the prosecution’s work, it’s evident that it wasn’t grave with regards to the cases of war crimes.

„It is necessary to continue working on strengthening the commitment and transparency“, Drinčić emphasises, indicating that out of 162 public press releases the SDT has given in the past 6 years, only 4 related to war crimes, or 2.5%.

The professor at the Faculty of Law and the Faculty of Political Science of the University of Montenegro, former judge of the European Court of Human Rights, Nebojša Vučinić, perceives that the resolutions of war crimes, qualifications, complicity, commandant accountability, cannot be interpreted or implemented if international standards are not taken into account.

„The trait of several of our courts, in comparison to the fewer prosecution offices, is the absurdity that those standards were not taken into account“, perceives Vučinić.

According to him, in the cases „Deportacija“ and „Bukovica“, the mis-qualification and erroneous application of law was done on purpose.

„The purposeful mis-qualification according to both the practice of the European Court of Human Rights, and especially the practice of the Inter-American court, represents a type of new fact which has to be taken into account in order for the legally adjudicated cases to be reconsidered, because the focus is on war crimes and crimes against humanity. Thus, the focus is on criminal acts that are not subject to statute of limitation“, says Vučinić.

Lawyer and executive director of The Montenegrin Committee of Lawyers for the Protection of Human Rights, Velija Murić, believes that only by effective justice could Montenegro join ordered and organised legal systems in which human rights and freedoms are protected.

„Following contemporary legal stances and experience, I wonder if there is any point in speaking about war crimes in a country whose judicial top claims that war did not happen, and as we know, war very much happened inside and outside of the country“, says Murić.

He emphasized his concern because according to the words of the state prosecutor Vukčević, the political will influenced the lack of processing of public crimes.

Murić stated that in the case of „Abduction in Štrpci“, at the very hearing, the accused, aside from himself, named at least three more perpetrators as the collaborators to this crime.

„However, the Montenegrin prosecution did not react to this fact and did nothing to prosecute these people. I have personally during this time filed criminal charges against multiple individuals, encompassing the legal top of the governance, especially from Serbia. However, I have never gotten a reply, to the charges sent to the address of the Federal prosecution in Serbia and Montenegro neither were the charges dropped nor were they accepted, just as I had never gotten a reply for the charges, I filed in 2015 in the case of „Kaluđerski Laz“, says Murić.

Whilst speaking of the case Kaluđerski Laz, Murić notes that in 2015, he had received some dose of hope from the high state prosecutor, Ivica Stanković.

„But until today, nothing was decided. Those charges were filled with facts and details. Those charges were not dropped or decided upon. I have never been invited to provide any supplementation or deliver any evidence. Publicly, the prosecution has spoken twice about this case. The case is not closed. The case has been sadly blocked because the High Court claimed that we must first prove who the perpetrator is, it is unforgivable to give such a statement. The victims are still waiting, they will disappear biologically, and that is that“, Murić points out.

He said that the causes for the emergence of crimes come from many sources such as, as he puts it, insufficiently or wrongly taught and learned history which „often leads to the fact that one domicile people are equalised due to their religion or ethnicity with the former occupied force that has left these territories centuries ago“. Murić says causes for crimes can also be of ideological nature.

The round table was organised under the project „Towards Justice for the Victims of War Crimes” supported by the Government of the United Kingdom, within the Regional War Crimes Project (RWC) implemented by the United Nations Development Program (UNDP). 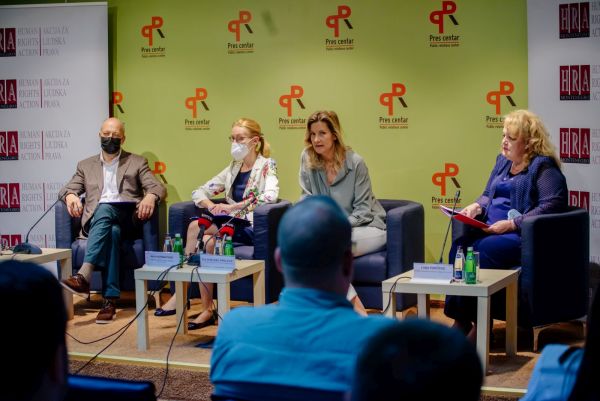 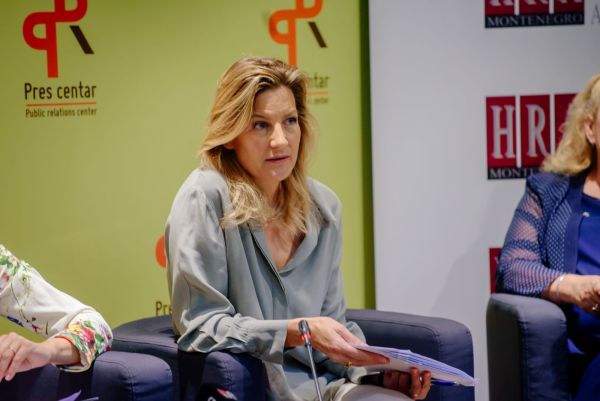 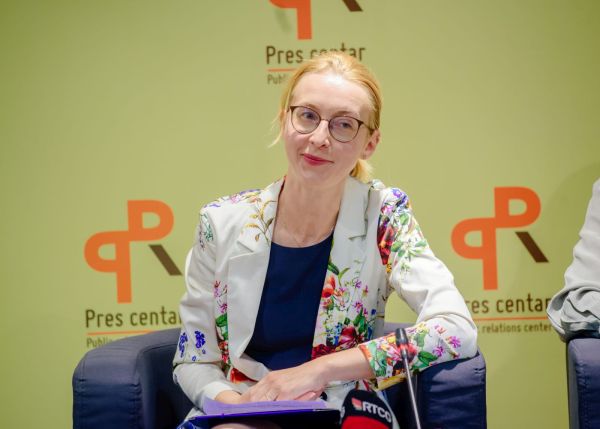 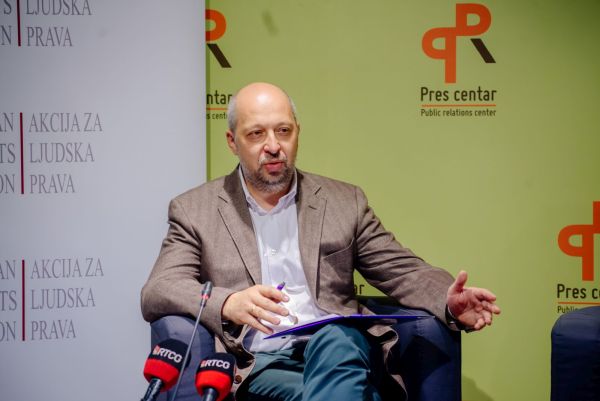 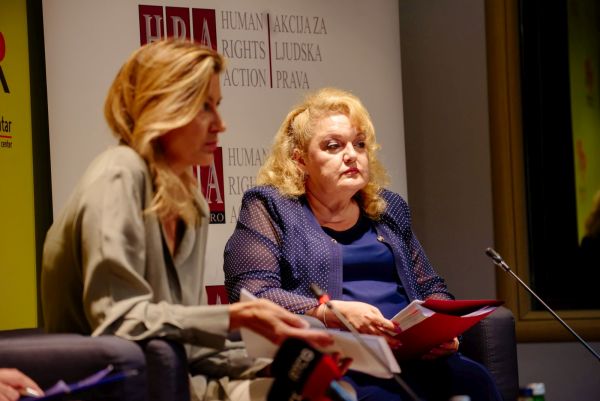 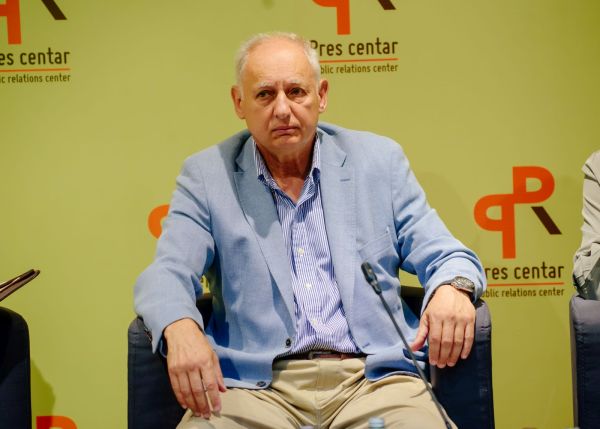 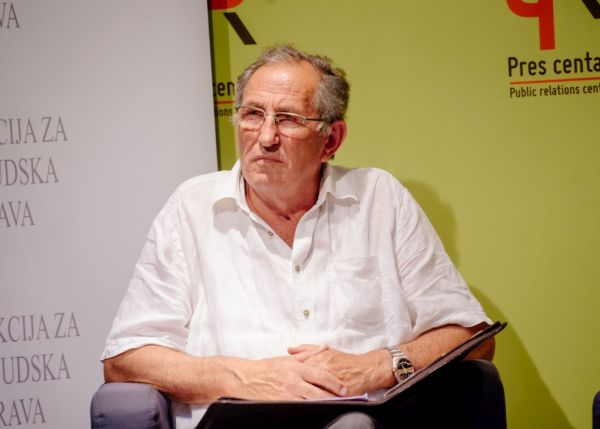 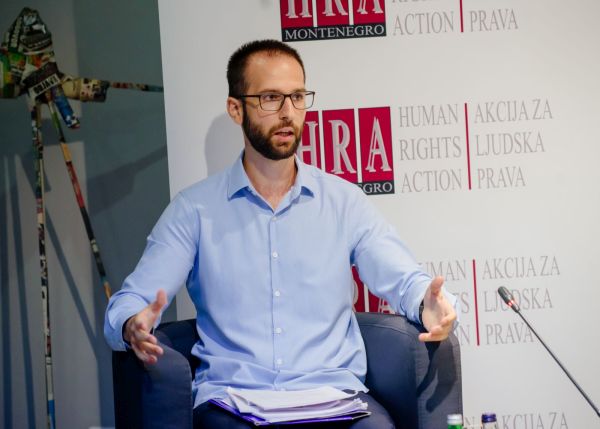 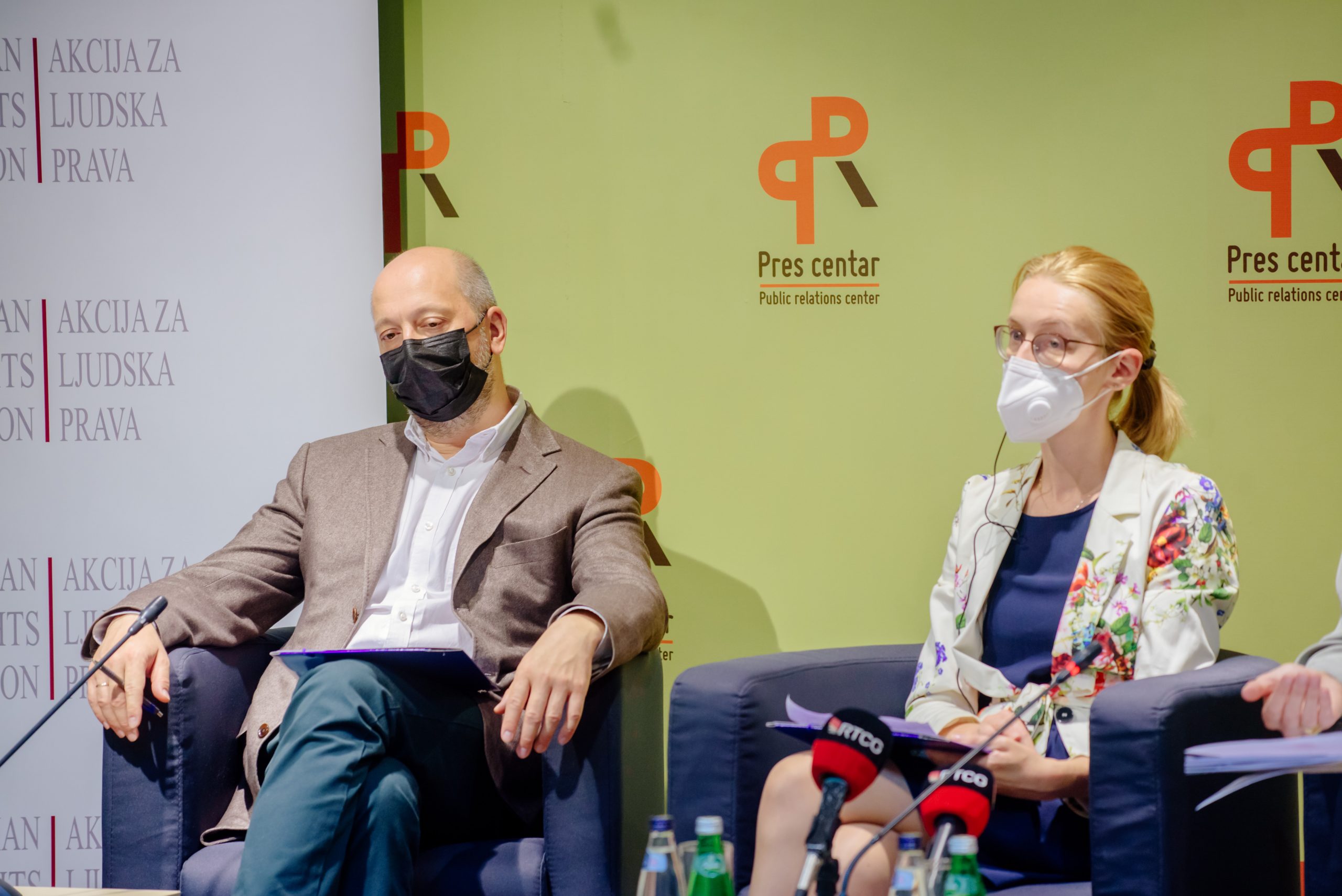 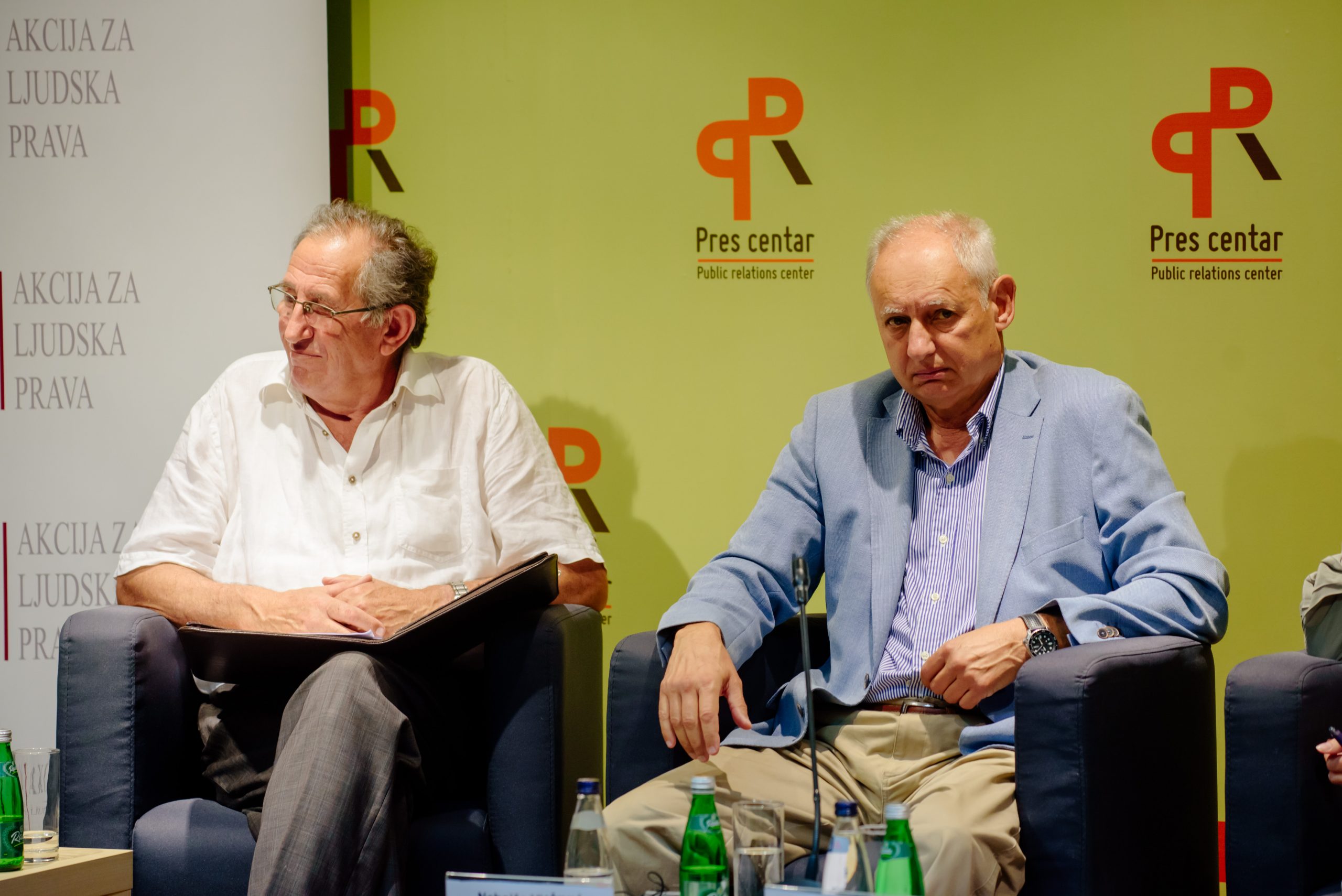 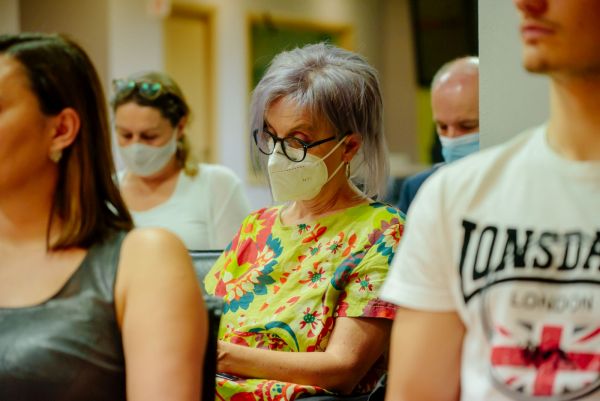 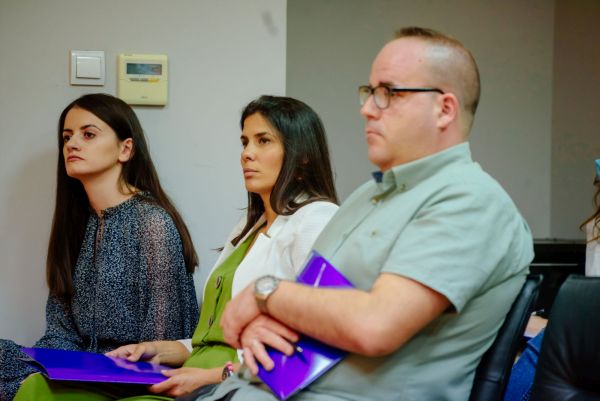 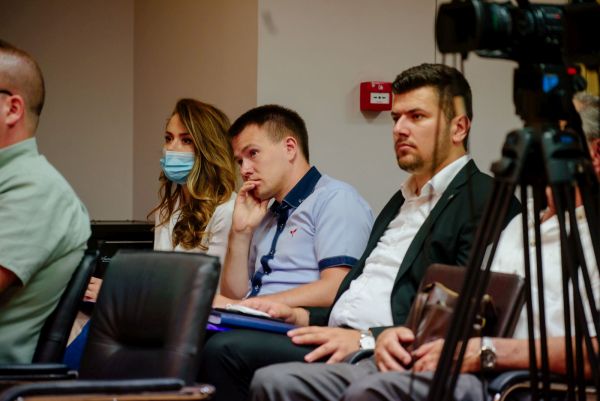 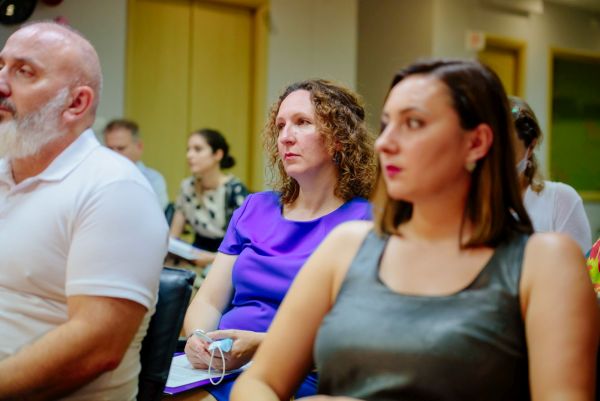 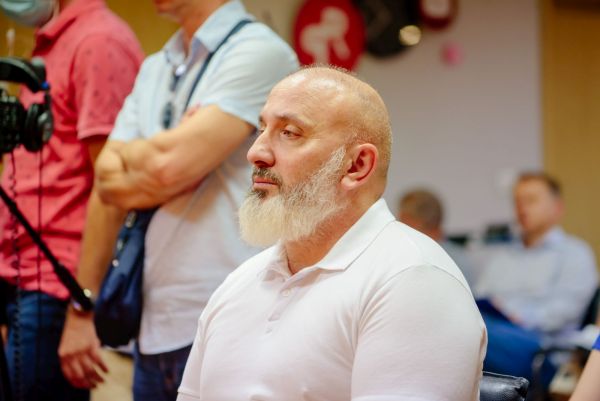