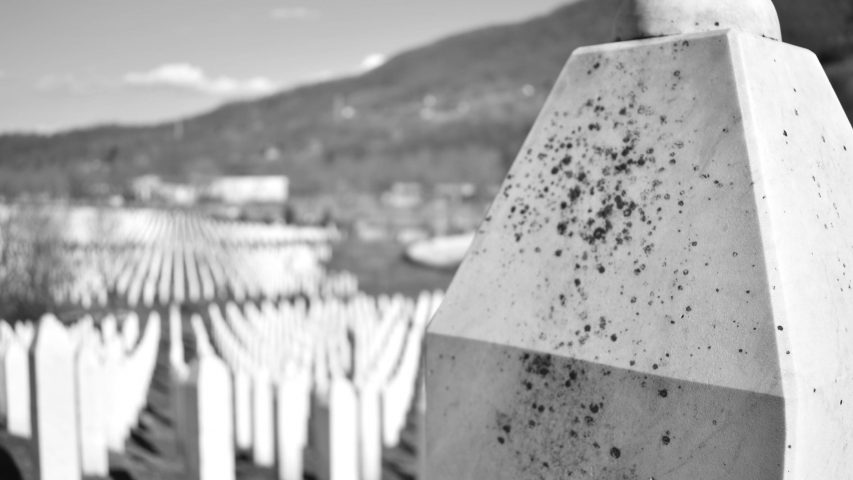 Human Rights Action (HRA), Center for Civic Education (CCE), ADAMAS, ANIMA – Center for Women’s and Peace Education, Women’s Rights Center, Montenegrin Committee of Lawyers for human rights, European Association for Law and Finance – EALF, Politikon Network, and NGO PRIMA are calling on the Montenegrin parliament to adopt the draft Resolution on the genocide in Srebrenica. We find the decision of the Committee on Human Rights and Freedoms of the Parliament of Montenegro to not support the above resolution a troubling continuation of the negative trend of relativizing the most massive crime in Europe since World War II and of Montenegro’s public officials trivializing the judgments of international courts.

We recall that the International Court of Justice and the Hague Tribunal, courts established under the auspices of the United Nations, in several cases, in which over 60 judges of different nationalities acted, determined that genocide was committed in Srebrenica because from 10-19 July 1995, more than 8,000 unarmed people were systematically killed. Not accepting the judgments of international courts calls into question Montenegro’s fitness for membership not only in the European Union but also in the United Nations.

The resolution condemning the genocide in Srebrenica needs to be adopted, especially due to the recent relativization of that crime by the competent representatives of the new government, such as the Minister of Justice and Human and Minority Rights of Montenegro, Vladimir Leposavić, and the Chairperson of the Committee on Human Rights and Freedoms, Jovan Vučurović. It is devastating that they continue to hold these positions in a state that seeks to adopt and apply the best democratic standards and practices. Therefore, the adoption of the proposed Resolution would show that the majority of Montenegro shows worthy respect for the victims of the Srebrenica genocide and that it accepts the international legal order by respecting the judgments of international courts.

Although the fact is that the Parliament of Montenegro adopted the Declaration of Acceptance of the European Parliament resolution on Srebrenica of 15 January 2009 in that same year, the proposed resolution goes a step further, because it explicitly states that the crime in Srebrenica was genocide, declares 11 July for the Remembrance Day of the Victims of Srebrenica and prohibits public denial of the existence or reduction of genocide in Srebrenica.

Failure to adopt the resolution will certainly harm Montenegro in the process of joining the European Union. Recently, the European Commission’s Non-paper on the state of play regarding chapters 23 and 24 for Montenegro made it clear that Montenegro’s progress towards the EU demands a “demonstration of stronger political will at the level of government to address the remaining challenges…. which includes rejecting and condemning any denial, relativization or misinterpretation of the genocide in Srebrenica.” This negative position of the Committee on Human Rights and Freedoms obviously harms European integration, so we suggest that the Draft Resolution on the Srebrenica Genocide be submitted to the Committee on European Integration for consideration.

We express hope that the Parliament of Montenegro will vote on the proposed resolution and that it will adopt it. We also hope that it will establish a Remembrance Day for the victims of Srebrenica genocide and thus show that the majority of citizens of our country condemn that crime. We recall that public opinion polls show that a significant majority of the Montenegrin population accepts this, so we expect their representatives in the Assembly to be at least at that level.