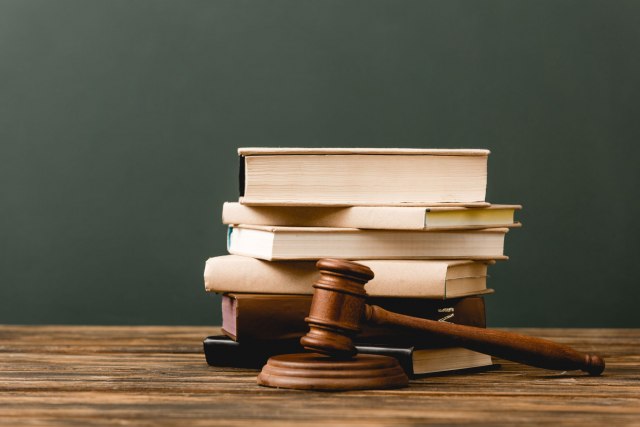 The Human Rights Action (HRA)  protests against the adoption through the “small doors”, without the necessary public debate, amendments to the Labor Law, which reduced the age limit for mandatory retirement from 67 to 66 years. Such changes required a preliminary economic budget impact calculation, harmonization in the Social Council and an assessment of compliance with the Constitution of Montenegro, all of which were missing. If the goal was to retire the Chief Special Prosecutor Milivoje Katnić at any cost, it is also an unacceptable goal from the aspect of democracy and the rule of law, as already explained by the Venice Commission.

HRA reminds that the adopted amendment recently submitted to the Draft Law on amendments to the Labor Law by the MPs of the Democratic Front, Milan Knežević and Maja Vukićević, envisages a reduction of the limit for termination of employment by force of law from 67 to 66 years, and additionally for a number of years if the employee worked in positions with benefited length of service. The short explanation of the amendment states that the change is necessary in order to “harmonize the Labor Law with the Law on Pension and Disability Insurance, because the norm for retirement differs in the mentioned laws in terms of age.”

However, these are regulations that regulate various issues – the Labor Law (LL) prescribes when an employee must retire, and the Law on Pension and Disability Insurance (LPDI) when he can retire.

Now, on the basis of a sudden amendment to the Labor Law, which was adopted by the ruling majority, all men and women are obliged to retire at the age of 66.

It is clear that this is not about the need to harmonize regulations, but about a very serious change in the law that will disrupt the lives of a significant number of people, who now have to end their working life a year earlier, which means they will have to replace sallaries with a pension that avarages half the salary.[1] This change will inevitably burden the state pension fund, although in an unidentified amount, because the economic budget of the consequence of such a change in the law has not been published. These are all reasons why in democratic countries such serious changes to the law are not adopted in a hurry, without an assessment of the costs and a public debate.

HRA also reminds that the Montenegrin Employers Federation, in February this year, called for the withdrawal of all amendments to the Labor Law from the parliamentary procedure because the consultation process  within the Social Council, provided by the Constitution and law, was not conducted.[2] Recently, the Union of Free Trade Unions reacted, pointing out all the shortcomings of the last amendment, while calling the manner of its adoption “inadmissible behind-the-scenes changes”[3].

HRA reminds that the MPs of the ruling majority started amending the laws governing the state prosecutor’s office in an equally non-transparent way. Although the process was made more transparent after protests from the domestic public and international organizations, the process of drafting the law and the public debate of at least 20 days, which had to take place if the proposer of the regulation was the Government, was inappropriately circumvented. Regarding the proposal to remove the Chief Special Prosecutor by amending the law, the Venice Commission expressed concern about such “abuse of the legislative powers” and explained that such behavior was “contrary to the nature of legislative activity, which is to define general rules of behaviour, not to take executive action in respect of specific individuals or situations.”[4] HRA considers the last decision of the ruling majority, to expel a large number of people without a justified reason, just to get closer to the Chief Special Prosecutor, as an extremely irresponsible move to the detriment of citizens and the rule of law in Montenegro.

HRA appeals to all MPs of the ruling majority not to support legal initiatives that are placed without the necessary analyzes, discussions and in violation of the procedures prescribed by the Constitution and the law, as in this case, because such practice does not contribute to trust in the highest legislative body,  narrows the culture of dialogue and opposes democratic principles that support the involvement of as many social actors as possible in decision-making that affects society as a whole.

[4] Venice Commission’s Opinion on the draft amandments to thee Law on the State Prosecution Service and the Draft Law on the Prosecutor’s Office for Organised Crime and Corruption, CDL-AD(2021)012, par..28  March 22, 2021, available at: https://www.venice.coe.int/webforms/documents/default.aspx?pdffile=CDL-AD(2021)012-e .