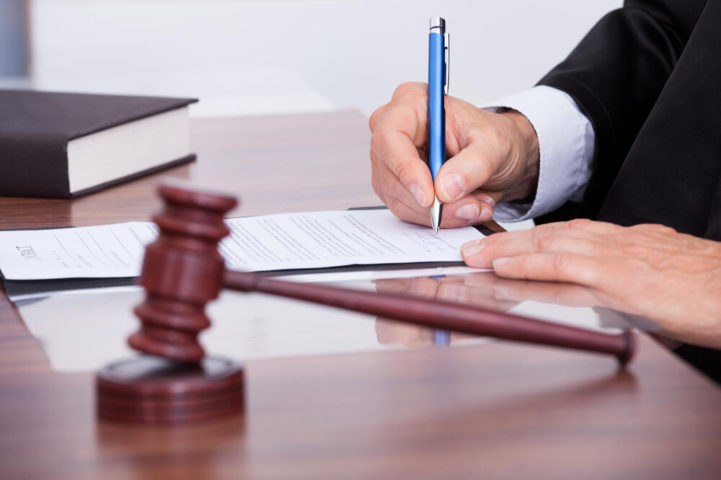 Three participants in competition for the election of judges of basic courts, submitted a request for exemption of a member of the Testing Commission of the Judicial Council, judge Dragan Babovic, because he attended weddings of two other participants in that competition.

The President of the Judicial Council, Vesna Simovic-Zvicer, rejected the requests for Babovic’s exemption as unfounded, without a reasoning and only following the testing had already been conducted by Babovic as member of the Commission.

In her decision, Ms. Simovic-Zvicer cited the statement of judge Babovic, who confirmed his attendance at the weddings of candidates, while pointing out that he had not been “in friendly relations” with either of them, but that he had only responded to their invitations “out of respect”, like other employees in the court where candidates had also been employed.

The Human Rights Action (HRA) finds the conduct of judge Babovic and the Judicial Council in this matter in breach of regulations, and finds that it unfortunately represents yet another reason to distrust performance of the current Judicial Council and their selection of judges.

Judge Babovic should not have waited for the request for exemption. He was obliged to inform the Judicial Council that he had been at the weddings of two participants in the competition, as it had been “a circumstance raising doubts on impartiality”. He was also supposed to immediately stop further work in the Testing Commission until the president of the Council decided on this matter.

The issue was particularly sensitive because judge Babovic, as a member of the Testing Commission, had been familiar with the topics of written testing. Those particular tests have a decisive effect on the selection of candidates for judges as they carry a total of 80 points out of a maximum of 100, while the interview with the candidate amounts to 20 points at most.

HRA also considers that the rejection of the request for exemption without explanation, and only after the testing, is contrary to the Law on Administrative Procedure and does not contribute to public confidence, because it gives the impression that the decision was only a formality, to ensure legality of the already finalized procedure.

Simovic-Zvicer rejected the request for Babovic’s exemption stating “the fact pointed out by the candidates does not constitute a reason for exemption, nor does it indicate possible impartiality (error, probably referring to bias, prim. HRA) of a member of the Judicial Council…”, but for such a conclusion did not give any explanation. It is not true that the candidates pointed to a fact that does not constitute a reason for exemption, as Article 10 of the Rules of Procedure of the Judicial Council clearly states that the reason for exemption may be “any circumstance that raises doubts on impartiality”. The fact that the judge himself stated that he attended the weddings although he was “not in friendly relations with the candidates” is not a sufficient reason to trust him, but a reasonable ground to doubt his impartiality.

HRA notes that one of the two candidates whose wedding was attended by Babovic, had been elected a candidate for a judge in the first competition. She is the daughter of the godmother of the then president of the Commission for testing, Vesna Medenica, who also previously did not exempt herself from the selection procedure in relation to this candidate. In the decision annulling that election, the Administrative Court determined that Medenica should have been exempted. With this in mind, the Judicial Council should have done everything this time to act in accordance with the law and its Rules of Procedure, instead of continuing to violate regulations which brought into question yet another competition for the election of judges of basic courts.