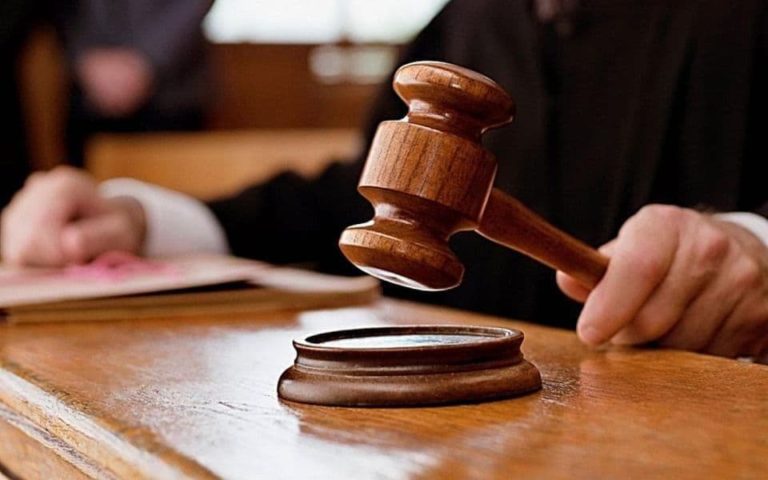 The Judicial Council has conducted the first part of the written testing of the registered candidates for the election of 10 basic court judges today, contrary to the appeal of the Human Rights Action to postpone the testing procedure until the risk of abuse is eliminated or at least significantly reduced.

The HRA previously asked the Judicial Council to change the testing procedure to prevent the repetition of cheating scandals, such as the last one from March 2020, but this was not done.

Today’s test was not attended by several candidates, who wrote letters to the Minister of Justice, Human and Minority Rights, pointing out the lack of legitimacy of the Judicial Council and procedural omissions regarding the composition of the Commission for testing. The candidates warned that the members of the Commission were allegedly not elected by secret voting, in accordance with the Rules of Procedure, and that they were appointed by a decision to replace members instead of a decision to elect new members.

Today they submitted a request to the Judicial Council for the dismissal of Dragan Babović, a judge of the Basic Court in Podgorica, due to doubt in his impartiality as a member of the Commission for testing. According to information published by Ivan Vukićević, State Secretary at the Ministry of Justice, who withdrew his candidacy for judge, it is suspected that Babović was a guest at the wedding of the candidate registered in the announcement for the election of judges, which indicates the existence of close friendship between them which should have seen him excluded from membership in the commission conducting the testing.

The HRA stresses that if it turns out that Babović was really in conflict of interest as a member of the Commission for testing, then this is sufficient reason to annul yet another Judicial Council decision on the selection of candidates for judges.

The Judicial Council terminated the membership of judge of the High Court in Podgorica, Verica Sekulić, at her request. Earlier, we pointed out that Ms. Sekulić fulfilled the conditions for exercising the right to an old-age pension with the entry into force of the new Law on Pension and Disability insurance, which is why her judicial function had to end on the basis of Article 121 paragraph 2 of the Constitution of Montenegro. The President of the High Court in Podgorica, Boris Savić, informed the Judicial Council about this in a letter dated 15 September, however, the Council arbitrarily decided to extend the duration of judicial function of all judges in the same situation. In the same situation is the acting the President of the Supreme Court, Stanka Vučinić, as well as the previous President of the Supreme Court, Vesna Medenica, who resigned, and at least twenty other judges.

HRA once again reminds that the Judicial Council has been functioning for over two years in the status of disputable legitimacy, that its work was marked by illegalities during the election of future judges and that the last was determined by the Administrative Court by annulling the decision on selecting 10 candidates for judges from July 2019. In addition, it should be kept in mind that any other person in Montenegro voluntarily remaining in position despite the Constitution and the law would be immediately discharged and punished for abuse of office. Unfortunately, this does not apply to judges and prosecutors today, as well as to the members of the Judicial Council and the Prosecutorial Council who arbitrarily refused to state the termination of their functions. This phenomenon is a perfect illustration of the dismal level of respect for the rule of law in Montenegro.