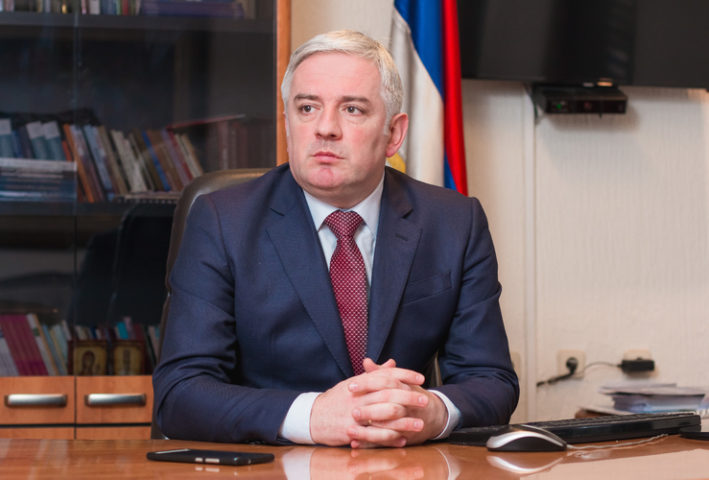 On the occasion of the announcement that the MP of the Democratic Front Jovan Vučurović will be nominated for the President of the Committee for Human Rights and Freedoms of the Parliament of Montenegro, the Centre for Civic Education (CCE) and Human Rights Action (HRA) indicate that such an appointment would annul the purpose of this Parliamentary Committee and call on the MPs to find another personnel solution.

CCE and HRA remind that Vučurović is a politician who has not demonstrated an understanding of the modern concept of human rights in his engagement so far. His statements particularly raise concerns and can be a serious obstacle to the necessary process of dealing with the past and inclusion of certain vulnerable social groups. His appointment to this position would call into question the Parliament’s commitment to democratization, but also the process of Montenegro’s accession to the European Union.

In the Parliament of Montenegro, during the debate on the expose of the new Prime Minister, MP Jovan Vučurović denied the genocide in Srebrenica, claimed that ‘Montenegrins do not exist’ and in some of his earlier speeches spoke disparagingly about one of the most marginalized social groups – the LGBT population. These standpoints do not recommend him for performing the function of the President of the Committee on Human Rights and Freedoms.

By the potential appointment of Vučurović to the position of President of the Committee on Human Rights and Freedoms, the Parliament of Montenegro would show that it is returning to the same ideological foundations on which different opinions were aggressively suppressed and actions leading to war crimes were promoted.

CCE and HRA have continuously criticized the competent institutions for the lack of track records in the field of transitional justice. This was also indicated by relevant international reports. If the new Parliamentary majority wants to make a qualitative shift from the previous government, it must be better than it was in all segments. That includes a commitment to the policy of indivisibility of human rights and recognizing the need to deal with the past, which would contribute to myth deconstruction and regional reconciliation. President of the Committee with such extreme views on the national characteristics of the largest number of Montenegrin citizens, accompanied by a lack of understanding of the concept of protection of vulnerable groups and rejection of scientific and court-established facts, cannot lead to progress in this area nor to overcoming divisions within society.

A clear and progressive attitude towards war crimes committed in the past and the rights of vulnerable groups is an important requirement for the election to any public office. Therefore, we call on the Parliamentary clubs to consider this when deciding on appointment to public offices and to elect as President of the Committee on Human Rights and Freedoms one of the deputies who has proved himself/herself in the advocacy for suppression of discrimination, inter-ethnic reconciliation and protection of human rights in Montenegro.