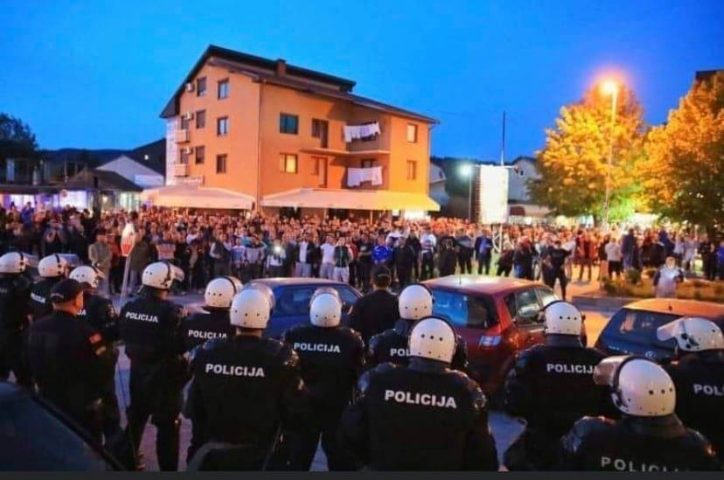 Human Rights Action (HRA) and Institute Alternative (IA) call on the National Coordination Body (NKT) and the respected minister of health to abolish the ban on public assemblies in Montenegro. We think that amid abolishing many measures for suppression and prevention of spread of the new coronavirus, the need for banning public assemblies has ceased to exist. Alternatively, if the epidemiologists really consider it necessary, we call for the public gatherings to be made possible under the same conditions under which assembly of believers or the work of shopping malls is allowed, with adherence to the physical distancing of 2 m and the spatial area of 10m2 per participant.

NKT has since 4th of May until today made several decisions towards the relaxation and abolition of temporary measures, which relate to assemblies and movement of the populace, so they (although under certain conditions) allowed: assembly of religious people in religious objects, work of shopping malls, organisation of public city and inter-city traffic and taxi rides, group sport activities are allowed both in closed and open spaces, it is allowed for persons who are not members of the same household to gather in the same residential place, the work of cafes and restaurants is allowed, and the ban on movement and gathering in public places for more than two persons was also been abolished.

It is illogical to allow gatherings of persons in closed spaces, such as shopping malls, where hundreds of people can be found at any given moment, and that, at the same time, an organised or spontaneous public gathering of more than 20 persons still presents a criminal act ,,Failure to act according to health regulations for suppression of dangerous communicable disease’’ from Article 287 of Montenegrin Criminal Code, which provides for a severe penalty.

Also, the latest assemblies of citizens at city squares across Montenegro, which happened in honour of Independence Day and silent enabling by the power structures for those assemblies to be held without limitations, are obvious indicators that public assemblies do not present a real threat of spreading the virus anymore, which is why the restrictive measures were put in place to begin with.

The right to peaceful assembly is guaranteed to every individual in Montenegro by the Constitution, and so the general measure of complete limitation of this right represents one of the most severe measures which the NKT has adopted. European Court for Human Rights has in several of its judgements highlighted that the right to peaceful assembly and the right to freedom of speech present a base of a democratic society and that limitations which the countries apply to these rights must be proportional to the legitimate goal pursued by those limitations (Ezelin vs France, 1991). The same ban was abolished in Croatia and Serbia and also remind that the Constitutional Court of Germany has took up stance that general measures against the spread of coronavirus must be harmonised with the constitutional right of citizens to peaceful assembly.

IA and HRA together carry out the project ,,Assemblies for human rights: freedom of public word in the public space’’ with support of the European Union, through Instrument for Democracy and Human Rights, Programme for Montenegro 2018. Contents of this initiative represent sole responsibility of HRA and IA and in no way reflect the stance of European Union.