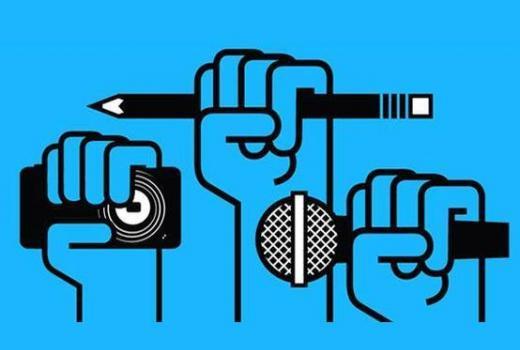 Human Rights Action (HRA) on World Press Freedom Day once again reminds that free and objective media and journalists, who do not escape from the criticism of the authorities, are a foundation of all democratic societies.

This year World Press Freedom Day falls in a time of unprecedented global health and financial crisis, in which the importance of timely and truthful informing has come to the fore. Montenegro still does not provide sufficient conditions for the development of free and critical journalism. There is still no convincing progress in solving and punishing the worst cases of violence against journalists and the media. The practice of journalist arrests since the beginning of the year due to the felony “Inducing panic and disorder” has contributed to an atmosphere of intimidation.

Public debates on the Media Law and RTCG Law were not transparent enough, and the proposals of these laws should be further specified in order to ensure the application of international standards of freedom of expression in Montenegro. The state has not yet secured an efficient legal remedy against illegal dismissal of NGO representatives from the Council of Radio Television of Montenegro (RTCG), and the Proposal of Law on Amendments to the Law on RTCG had again failed to prescribe such effective legal remedy. Unfavourable conditions for public informing were also caused by poor economic conditions for the survival of media and the development of investigative journalism in a small Montenegrin market. The Government’sGovernment’s decision to help the media in a time of crisis is commendable, but it is necessary to ensure long-term fair and sustainable conditions for the survival of all media.

HRA hopes that journalists in Montenegro will continue to find a motive and endure in their ethical and investigative work and that through their engagement in professional associations, they will improve the conditions for work and dignity of their profession.