OPEN LETTER TO THE PRESIDENT OF THE GOVERNMENT OF MONTENEGRO 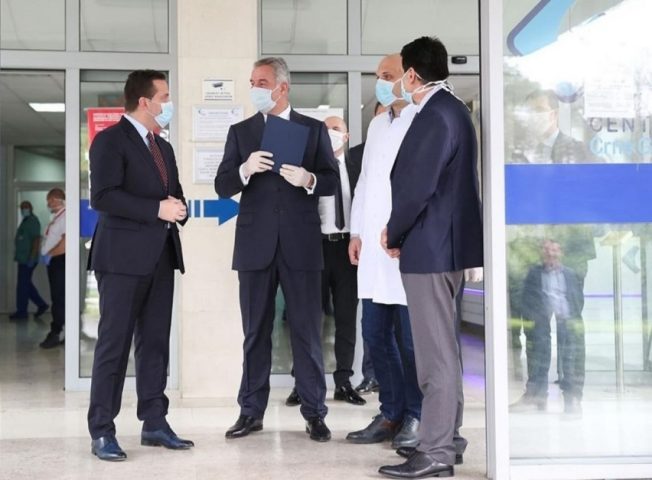 The Human Rights Action protests against the arrest of Radovan Rakočević from Bijelo Polje, which took place due to his sharing of an article from the Serbian web portal ‘’Alo.rs’’ on his Facebook account. The report claimed that the President of Montenegro, Milo Đukanović, had contracted the coronavirus (COVID-19). Rakočević has been taken into custody under suspicion that by sharing this news, he committed the felony ‘’Inducing panic and disorder’’, from Article 398 of the Criminal law of Montenegro. The State Attorney in Bijelo Polje has detained him for up to 72 hours.

The HRA believes that by detaining and holding Mr. Rakočević, the state has violated his rights to liberty of person and freedom of expression. Despite the fact that the claim in the article is most likely untrue, as Mr. Đukanović was seen yesterday in an official visit to the Municipality of Tuzi, Rakočević could not have known this the day before, when he shared the news. Moreover, it remains unclear on what grounds the prosecutor based his claim that Rakočević ‘’induced panic and disorder among the citizens’’ by sharing the article. Comments under the controversial post on Rakočević’s profile do not suggest panic, with some that even point out that the news is untrue.

This arbitrary use of the imprecisely defined criminal offence that is ‘’Inducing panic and disorder’’ has already seen Rakočević spend one night in prison. The situation indicates a further repression of the freedom of expression, which fundamentally goes against international standards. Mr. Rakočević is already the eleventh citizen to be deprived of liberty due to some form of expression since the beginning of the year. Frequent arrests of Montenegrin citizens because of the sharing of unverified news represent over-restrictions of the freedom of expression and create the atmosphere of a police state. The State bodies of Montenegro have many opportunities to deny false news referring the health condition of its officials, as well as to initiate the appropriate measures and procedures against the media in the country and abroad that publish untrue news without appropriate evaluation. The HRA will inform the UN rapporteur for the freedom of speech of all of these cases, anticipating that they will attempt to influence the state prosecutor’s office and the police of Montenegro in order to amend this  oppressive practice.

In January of 2020, the HRA raised an initiative to assess the constitutionality of Article 398 of the Criminal Law of Montenegro, the imprecise formulation of which has led to excessive limitations of the freedom of expression.