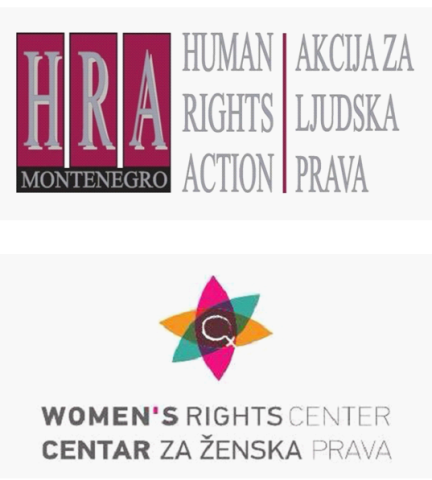 Human Rights Action and Women’s Rights Center condemn the primitive, hateful comments on the Facebook page of “I love Podgorica” portal addressed to MP Dragica Sekulic, because they are against human rights and undermine the general interest in an argumentative debate on social problems. Women politicians must be given the right to express their opinions without targeting comments whose sole purpose is to insult them, and only because they are women or because they do not have children. The debate within the democratic public – which includes the public space of comments below the posts on the portals – is subject to restrictions in the direction of combating hate speech and protecting the rights of all.

We appeal to all portals to urgently react on requests for removal of comments in accordance with the legal obligation and rules of journalistic ethics, but also to notice and remove them in order to protect public space from expressions of hatred, which do not contribute to solving common problems and are contrary to the tradition of dignified debate in Montenegro.

Ms. Dragica Sekulic, MP of the Democratic Party of Socialists of Montenegro, commented on Twitter on the announcement of the Minister of Economic Development Jakov Milatovic about maternity benefits in Montenegrin municipalities, saying: You can be anything you want, but still, if you choose to give birth in a certain municipality, you will get 500 or 1000 euros, with the blessing of the priest, which is not little amount on this costliness. Her comment was in no way offensive to anyone, so the hateful comments, whose goal is exclusively to humiliate and insult her, and not to contribute to the debate on the Minister’s proposal in the general interest, are completely unjustified.

We remind that the Media Law of Montenegro obliges portals to remove comments that violate legally protected rights without delay, no later than 60 minutes from finding out or receiving the complaint (Article 26, paragraphs 3, 4 and 5). Otherwise, they are subject to misdemeanor penalties in the amount of 1,000 to 8,000 euros (Article 60, paragraph 1, items 5 and 6), as well as compensation for material and non-material damage that may be awarded in civil proceedings, while the authors of the comments are also subject to criminal prosecution. The Code of Journalists of Montenegro in point 2.8 obliges the media to define internal rules regarding comments from third parties, as well as for the administrator to moderate comments according to these rules.

The Law on Public Order and Peace (Articles 4, 7 and 19) as well as the Law on Prohibition of Discrimination (Article 9a) prohibit insults based on any personal characteristics in a public place, including electronic communications networks.

We remind you that the Istanbul Convention, ratified by Montenegro in 2013, stipulates the obligation of the state to “take the necessary legislative or other measures to ensure that any form of verbal, non-verbal or physical conduct of a sexual nature with the purpose or effect of violating a person’s dignity, especially in creating a frightening, hostile, degrading or offensive environment, is subject to criminal or other legal sanctions”.

The targets of misogynistic and sexist attacks are mostly MPs, women involved in social and political processes who are not afraid to publicly express critical opinion and their attitude. However, neither they, nor the Montenegrin society, which consists of young people, and which inherits the tradition of dignified expression, deserved to be continuously contaminated with expressions of mere hatred.

In order to combat such humiliation and belittling Center for Women’s Rights and Human Rights Action advocate the introduction of a special criminal offense of sexual harassment, as well as the adoption of the Strategy for Combating Hate Speech, ie. combating incitement to or incitement to hatred or intolerance on any grounds, in accordance with the Constitution of Montenegro and the Council of Europe Recommendation on the Prevention and Suppression of Sexism CM/Rec (2019).

We remind that our organizations, regarding the sexist insults addressed to MP Draginja Vuksanović Stanković by Jovan Markuš, a member of the State Council for Cooperation with UNESCO (United Nations Educational, Scientific and Cultural Organization), asked the Government of Prime Minister Krivokapić to dismiss him from that Council to which it has not come to this day.

We expect the competent institutions to react urgently and not to neglect the seriousness of frequent insulting comments and misogyny in relation to politicians and human rights defenders.