APPEAL AGAINST ARREST FOR FAKE NEWS ON SOCIAL MEDIA 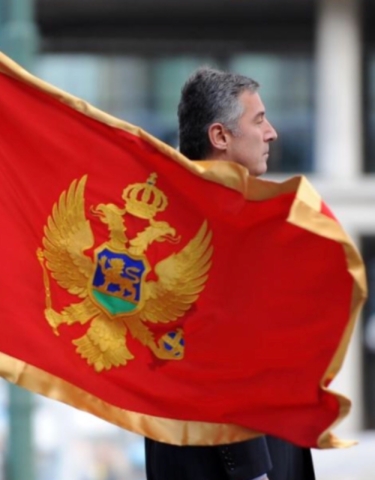 Human Rights Action (HRA) considers that by arrest and extended detention for burning of a Montenegrin flag, rights of three Montenegrin citizens to personal liberty have been violated whiletheir right to freedom of expressionhad been disproportionately limited.

More lenient measures, such as deprivation of travel documents or bail, could have prevented the risk of absconding and secured the presence of the defendants at the court hearing.The court did not explain why such measures could not have applied, by which it acted against domestic law as well as the standards established by the European Court of Human Rights (ECtHR). HRA also believes that ordering detention in this case disproportionately limited freedom of expressionandrecalls the view of international human rights bodies that the state and its symbols should not be the subject of criminal law protection. In connection, HRA has been advocating for decriminalization of criminal offense violation of the reputation of Montenegro since 2010.

The Basic Court in Kotor emphasized the risk of escape and the danger of repetition of criminal offense violation of the reputation of state symbols from article 198 of Montenegrin Criminal Code (,,Whoever publicly exposes Montenegro, its flag, coat of arms, or anthem to mockery shall be punished by a fine or a prison sentence for a term not exceeding one year’’), as reasons for detention of I.R. (30) from Plav, N.Š. (26)  from Andrijevica and M.Š. (25) from Danilovgrad. As circumstances which imply the risk of absconding of two of the defendants, the court stated their relative youth, unemployment, lack of valuable assets, lack of children for whom they would be bound by the obligations of daily care and maintenance. However, the Court found that risk of escape also existed in the case of third defendant Š.M, who is in extramarital affair and who is a father of an 8-month-old child. In his case the danger was recognized in the fact that the parents of his extramarital partner live abroad.

The Court concluded that for all three defendants, “it will depend solely on their will whether they will respond to the Court calls and be available until the end of the proceedings, because no firm bonds which could be treated as guarantees tie them to Montenegro.” The reasoning is contrary to the standards established in the case law of the ECtHR, as it does not contain convincing reasoning for fear of absconding, nor the explanation why the use of alternative measures, such as confiscation of travel documents, could not ensure the presence of defendants in criminal proceedings. Also,the Court of Appeal of Montenegro in its practice has already taken the position that the personal characteristics of the defendant (e.g. young, unmarried, unemployed) cannot be regarded as reasons that would indicate a risk of escape.

The position of the Court that the severity of the proposed sanction in this case can affect the defendants to escape abroad is unrealistic as well, given that the proposed sanction for criminal offense charged against them is a fine or a prison sentence of up to a year, which is among the mildest punishments proposed by the Criminal Code.

The Court in Kotor also acted contrary to theposition of the ECtHR, whichprescribedthat the danger from repetition of criminal offense as basis for ordering detention should be applied restrictively, only if application of other control measures is not possible, such as ban on leaving the apartment, ban on leaving residence, ban on accessing or meeting with certain persons (Clooth v. Belgium, 1991). HRA points out that the defendents in this case hadclearly stated that “they do not intend to repeat something similar”, and especially not the same criminal offense.

HRA specifically points out  the problem of ordering detention for criminal offense which serves for protection of reputation of state and its symbols, given the stance of the United Nations Human Rights Committee and special reports and representatives for freedom of speech at the UN, Council of Europe, OSCE, Organization of American States and African Commission on Human and Peoples’ Rights that the state does not deserve special protection in defamation laws, because “neither the state nor its symbols have feelings and therefore cannot be passive subjects in criminal offenses that damage reputation.” Also, the conclusion of the conference, organized by OSCE Representative on Freedom of the Media and Reporters Without Borders in Rome in 2003, is that state symbols and other objects (flags, religious symbols) should enjoy neither criminal nor civil protection against defamation and insult. Having all that in mind,in 2010 HRA recommended deletion of this criminal offense from the Criminal Code or at least abolished imprisonment.

Regardless of all current events and heightened passions, Montenegro must, above all, remain a state that respects human rights at the level of international standards, so HRA urges all state authorities to bear in mind those standards when making a decision affecting human rights.