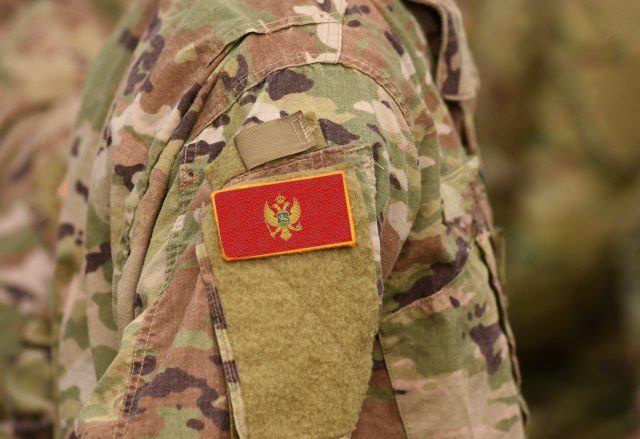 The Law on the Army and the Law on Internal Affairs allow officers of the Army and Police to attend the protest, party and other political assemblies without uniform. This was highlighted by NGOs Human Rights Action (HRA) and Institute Alternative (IA) in a letter sent to the Chief of General Staff of the Armed Forces of Montenegro, Mr. Dragutin Dakić, regarding his recent statements that he did not approve of the participation of Army officials at the processions and the information that the General Staff of the Montenegrin Army summons Army officials for questioning for attending them. With regard to other activities, such as communication on social networks, the NGOs proposed that legal prohibitions on “political activity” and “expression of political beliefs” be specified by the law.

In the letter, we also emphasized that the Article 60 of the Law on the Army allows Army officials to attend protest, party and other political gatherings without uniform. Although this law generally prohibits “the expression of political beliefs” (Article 18, paragraph 2), as well as the Law on Civil Servants (Article 9), no law defines these terms. Therefore, even if the processions are considered not only a religious assembly but a protest gathering of a political character, members of the security forces may again attend such a gathering under the condition that they are not in uniform. International human rights treaties allow states to restrict freedom of expression and assembly for members of the security forces (European Convention on Human Rights, Art. 11, para. 2, International Covenant on Civil and Political Rights, Art. 21, para. 2) when it is necessary for achieving legitimate aims, especially preserve political neutrality of those forces. However, states are required to specify this restriction appropriately by law, so that members of the army and police may accordingly foresee how the law will be applied and harmonize their behavior. In their legislative practice, states treat this issue differently, some less and some more restrictive.

In Montenegro, Article 9 of the Law on Civil Servants and State Employees obliges civil servants and state employees to carry out “work” in a politically neutral and impartial manner, in accordance with the public interest, and to “refrain from public expression of their political beliefs”. The Law on the Army also prescribes, in principle, “the duty of military officials to refrain from publicly expression of their political beliefs”, but also explicitly permits the attendance of “protest or political gatherings and other non-military activities”, provided that these gatherings are not attended in uniform (Art. 60). It is almost the same situation with the Law on Internal Affairs, which forbids officials of this Ministry and Police from membership in a political party and political activity (Article 94, paragraph 2), but, like the Law on the Army, permits the attendance of “party and political assemblies” if they do not wear a uniform (Article 94, paragraph 3).

However, it remains unclear whether other activities, such as posting photos of processions on social networks and commenting on them, can be considered prohibited by “expressing of political beliefs” and “political activity”, since these terms are not defined.

IA and HRA appealed to the Chief of General Staff to advocate for specification of these legal terms, so that these laws, which restrict human rights officers, meet the “predictability” standard which requires that the law limiting human rights to be sufficiently precise that could predict how it would be applied and to prevent arbitrary i.e. the widespread application of restrictions (see, for example, the judgment of the European Court of Human Rights in case Rekvenyi v. Hungary, 1999).

This especially because the Law on the Army, as a disciplinary offense, prescribes “violation of the regulations on the prohibition of political activity” (Article 157, paragraph 1, item 23) and provides for disciplinary punishment in the form of preventing promotion, salary reduction, removal from duty in the Army, etc. The Code of Military Ethics also does not provide clarification, but reiterates the legal provision that service in the military is politically neutral (paragraph 5, item 1), obliges to refrain from any conduct that may have a negative effect on the Army’s reputation and relations in the Army (para. 5, item 6), and prohibits the presence or participation only in those activities and events that promote intolerance towards other persons or discrimination, send hate messages or insults or express intolerance, and which are publicly and ethically unacceptable (item 8).

We also draw attention to the fact that within the project “Voice Your Rights!- Expanding Space for Free Assemblies” implemented by IA and HRA with the support of the European Union through the Instrument for Democracy and Human Rights, Program for Montenegro 2018, we will continue to monitor freedom of peaceful assembly in Montenegro.

Signatories of the letter:
Tea Gorjanc Prelević, Executive Director of the NGO Human Rights Action
Stevo Muk, President of the Managing Board of the NGO Institute Alternative