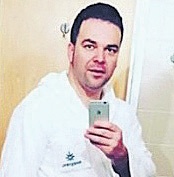 The Commission on the Code of Judicial Ethics of Montenegro continues to give impression of bias because of insufficient reasoning of its decisions and lack of objective fact finding.

The Commission states it “determined” a fact only on the basis of complaint on the judge’s behavior and the statement of that judge, who the Commission often uncritically accepts.  Such approach is not objective, it does not inspire confidence in the impartiality of the Commission and does not contribute to trust in the judiciary. This is especially so, given that in 2017 the Commission dealt with 18 complaints and accepted only one (this decision is not yet final). In the period 2011-2016, the Commission found violations of the Code of Ethics in five cases, which made up 10,6% of the total number of considered complaints. In 2018, the Commission received 4 initiatives which have not been decided to date.

The Commission continues to miss opportunities to take on positions that are  very important for the application of judicial ethics. For example, in November 2017, the Commission unacceptably assessed as irrelevant for judicial ethic the fact that a judge, president of court, published on the social network a “selfie” in the bathrobe with a logo of the hotel.

At the same time, the Code of Ethics proclaimed the principles of judicial integrity and impartiality and specified that a judge in each and every opportunity must act in such a way that contributes the integrity of the judicial function. This decision was made in 2017, when decisions were made globally in relation to the participation of judges on social networks. For example, in Florida, it is considered that the friendship of a judge and a lawyer or prosecutor on the social network constitutes a reason for the judge’s exclusion from the conduct of the case in which he should act with his “friend” from the network, in France it was concluded that the judge and the prosecutor even under the pseudonyms cannot comment online on the ongoing proceedings, it is understood that the judge should keep in mind that any content published to friends may also go beyond the circle of these friends, that he must, when publishing, leave an impression that fits the integrity of the judicial office, etc.

At the yesterday’s meeting “Disciplinary and Ethical Liability of Judges in Montenegro” organized by the Council of Europe and the European Union, the Judicial Council and the Supreme Court, the president of the Commission on the Code of Judicial Ethics Dobrica Šljivančanin announced that the Commission will now consider adoption of guidelines for the application of Code, one of which refer to the behavior of judges on social networks, which is the move we welcome.

The new Commission on Judicial Ethics, which will be elected upon constitution of the new Judicial Council, must be ready and able to provide objective and reasoned decisions to help judges, in all occasions, to act ethically, especially in the future that will bring only ever more complicated ethical challenges.