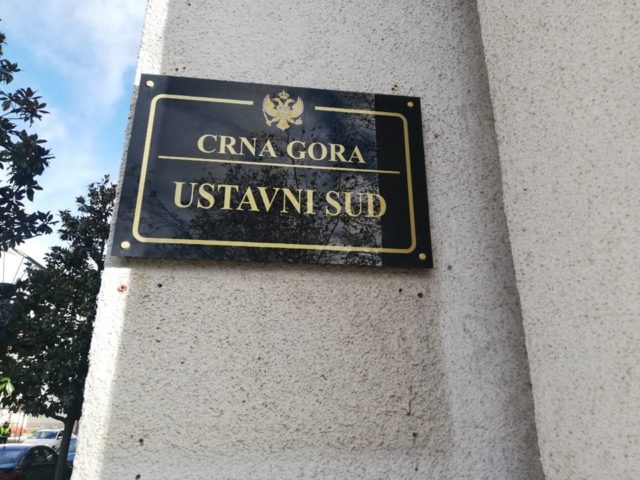 Regarding the latest order of the Ministry of Health, which implies further restrictions on the freedom of movement of citizens, including the prohibition of gatherings in private flats, and with dilemmas over the legal basis for such measures in a situation where state of emergency isn’t declared, NGO Human Rights Action (HRA) and Institute Alternative (IA) appeal to the Constitutional Court to become involved in monitoring the implementation of constitutionality and legality in the country, as well as appeal to the Minister of Health to secure that his measures are more precise and better reasoned.

The Ministry of Health (MoH) issued a curfew order on 30.3.2020, significantly restricting the movement of citizens by prohibiting individuals from leaving their place of residence (from 19:00 until 05:00 on workdays and from 13:00 until 05:00 on weekends).  It is also envisaged to prohibit the gathering of persons who are not members of the joint family household, in a place of residence.

The first measure raises questions as to whether such a restriction on freedom of movement in the entire territory of the country should be preceded by declaring a state of emergency, while the second measure, as well as the above concern, also raises questions as to its interpretation and enforcement. Is it forbidden for people living together to reside in the flat, even though they are not members of a shared household who are registered to reside in that location? What about people who are renting an apartment, those who moved out, or those who have been cohabiting? What if there is an urgent need of care for the elderly people who are not members of the shared household? How will the enforcement of this order be overseen, and would give the police the right to search the apartment without a court order? The MoH order does not answer any of these questions. The HRA and IA consider this measure to be neither precise nor sufficiently substantiated, thus creating space for divergent interpretations and arbitrary application, which do not ensure legal certainty.

All measures are based on Article 55 of the law on the Protection of the Population against  Infectious Diseases, which also provides for restrictions on movement. Specifically, in point 4, this Law prescribes a “ban on the gathering of groups in closed and open public spaces’’, but not in closed private spaces. It is true that point 9 of this Law enables the minister to, on the recommendation of the Institute for Health, order “other measures according to epidemiological indications’’. The question arises, however, as to what extent the Minister of Health can order such measures without declaring a state of emergency, and we expect this matter to be elucidated by the Constitutional court. We call on the Constitutional Court to engage and actively apply its jurisdiction under Article 149, paragraph 3 of the Constitution, to monitor the implementation of constitutionality and legality in this emergency situation and to inform not only the Assembly but also all interested public about its conclusions.

Lastly, HRA and IA warn that declaring a state of emergency should be the last measure, as the state of emergency allows for additional restrictions on many human rights, such as the right to freedom of expression, right to the peaceful enjoyment of property, freedom of personality, privacy and family life, while measures prescribed by the Law on the Protection of Population against Infectious Diseases are only limited to measures restricting the of freedoms of movement and assembly.