PROTEST AGAINST FAILURE TO ELECT MEMBERS OF THE JUDICIAL COUNCIL, THE LAW ON THE ASSEMBLY SHOULD ENSURE THE RESPONSIBILITY OF PEOPLE’S DEPUTIES 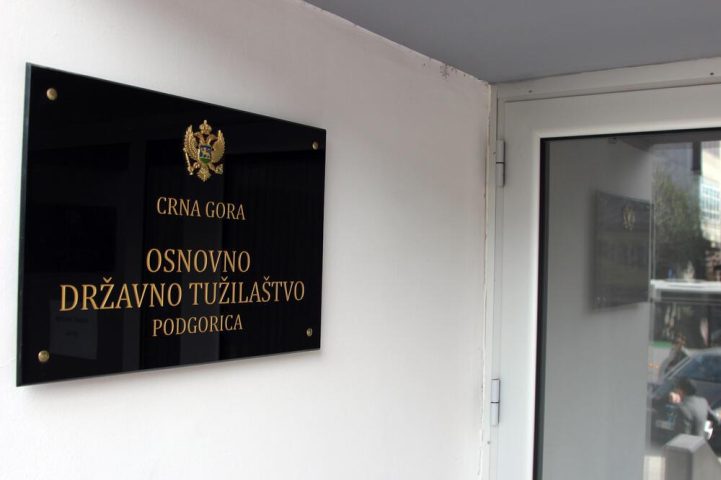 The organisation Human Rights Action (HRA) hereby protests the decision of the Basic State Prosecutor in Podgorica, Maja Knežević, to reject, for the second time, the criminal report against all ten reported officers of the Police Administration of the Security Centre in Podgorica, in whose custody Jovan Grujičić was on 26 May 2020, when it was confirmed by medical findings that he was subjected to torture for the purpose of extorting a statement. On that occasion, Grujičić was forced to “confess” that he had committed a criminal act that he in fact did not commit, i.e. that he had placed explosive devices in the house of Duško Golubović and in the ‘Grand’ bar. In the meantime, the court has acquitted him of those charges.

HRA believes that the decision to reject the criminal report was made without conducting an effective investigation, that is, an investigation that would be urgent, thorough and impartial. Jovan Grujičić’s legal representative, attorney Damir Lekić, filed a complaint with the Higher State Prosecutor’s Office in Podgorica against the new decision to reject the criminal report, while on 9 September the HRA filed a second complaint with the Prosecutor’s Council due to the negligent and unlawful work of state prosecutors in this case.

HRA recalls that, for the purpose of extorting statements, three people were ill-treated in the course of the investigation of the “bomb attacks” on the ‘Grand’ bar and the house of Duško Golubović, conducted by the employees of the National Security Agency and, later on, the Police Directorate. The fact that the same police officer, Dalibor Ljekočević, has been accused of ill-treating two people during the above investigation – namely, Marko Boljević and Benjamin Mugoša – also indicates that this constituted a planned application of torture. In addition to police officer Ljekočević, prosecutor Romina Vlahović has accused four other police officers – Bojan Vujačić, Nemanja Vujošević, Ivan Peruničić and Danilo Grbović – of attempting to extort a statement from Boljević. However, no one was accused of abusing the third person, i.e. Jovan Grujičić. The first three persons, who were accused of ill-treating Boljević, were also reported for torturing Grujičić; they confirmed that they did interrogate him, but prosecutor Knežević rejected the criminal report that was filed against them.

The beginning of the trial of those who have been accused for attempting to extort a statement from Marko Boljević, which was supposed to take place on 15 September before the Basic Court in Podgorica, was postponed to 13 October. The trial of those who tried to extort testimony from Benjamin Mugoša is scheduled to begin on 3 October.

We recall that, at the time, Jovan Grujičić was a patient at the Special Psychiatric Hospital, where his therapy was unreasonably terminated in order to put him in a state of anxiety. He was subsequently taken to the Security Centre in Podgorica, where he was ill-treated; namely, blows, electric shocks and threats were used in an attempt to extort from him a false confession regarding a crime which he did not commit. Despite the fact that ill-treatment was confirmed by medical findings, and the fact that police officers have already been accused of ill-treating other people in the course of the same investigation, for more than two years now no one has been prosecuted for attempting to extort a statement from Grujičić. “Here, on the one hand, we have a cover-up of the organised extortion of statements by the police, while, on the other hand, the real perpetrators of the ‘bomb attacks’ on the Grand bar and Golubović’s house are still at large. We appeal once again to the Director of the Police Administration, Zoran Brđanin, and the Acting Supreme State Prosecutor, Maja Jovanović, not to allow the perpetrators of these criminal acts to remain unpunished, especially not those who had ordered police torture”, said Tea Gorjanc Prelević, the Executive Director of HRA.

Rejecting the criminal report, prosecutor Knežević stated on both occasions that it was allegedly obvious that none of the reported officers, who interrogated Grujičić and were constantly in charge of him, had tortured him because they never confessed to the crime, and because Grujičić was unable to recognise them due to the fact that they were masked. Once the case was returned by the Higher State Prosecutor’s Office, it would have been logical for prosecutor Knežević to repeat the act of identification, which she previously carried out improperly, in the immediate presence of the suspects, and without taking into account the brutal torture to which Grujičić had been subjected and which caused him trauma and post-traumatic stress disorder. Despite the request of Grujičić’s attorney, this was not done and the decision was based on previously provided statements. Also, it was never explained how it is possible that five inspectors from the same police station were charged for attempting to extort statements from other persons (Benjamin Mugoša and Marko Boljević) in the course of the same investigation using torture, while no one, including their superior officer, has been charged with torturing Grujičić.

Based on the criminal report, the following persons were on the list of suspects: Miloš Vučinić, former head of the Security Department of the Criminal Police in the Security Centre in Podgorica; Srđan Korać, current head of the Criminal Police Station for the Suppression of Blood Offences and Domestic Violence; as well as inspectors Vukašin Leković, Dalibor Ljekočević, Bojan Vujačić, Nemanja Vujošević, Radoman Vujičić, Miodrag Jovović, Ivan Peruničić and Ljubisav Striković, who, according to the written documentation, dealt with Grujičić and his case on the day when he was tortured in the Security Centre in Podgorica. In the meantime, Dalibor Ljekočević, Bojan Vujačić, Nemanja Vujošević and Ivan Peruničić have been suspended from work, as criminal proceedings are currently pending against them for attempting to extort statements from Marko Boljević and Benjamin Mugoša.

More than two years have passed since the event of torture in this case, and still no one has been prosecuted.

Jovan Grujičić is represented by attorney Damir Lekić, within the HRA programme which is financially supported by the United Nations Voluntary Fund for Victims of Torture (UNVFVT).