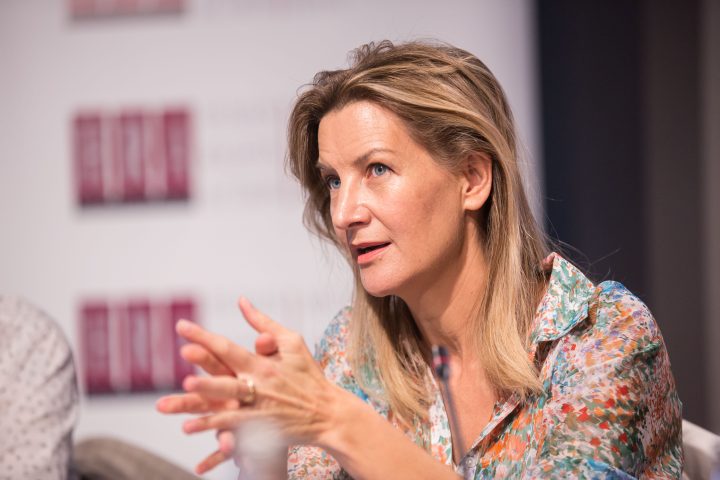 The organisation Human Rights Action (HRA) hereby expresses a protest against the position of the Association of Judges of Montenegro which “considers commenting on court decisions that are not yet final as an extremely negative practice, regardless of the extent to which said decisions might have provoked one of the parties in the proceedings, as such comments threaten the objectivity, independence and impartiality of the court, without which there can be no fair trial”.

This generally expressed position is not in line with the practice of the European Court of Human Rights, as it misinterprets the freedom of expression and deters the public from criticising the work of the courts and the state prosecutor’s offices, thereby endangering the achievement of the rule of law in Montenegro.

The Association of Judges of Montenegro published the above position in response to the statement made by the Independent Police Union. This Union strongly criticised the judgment of the Basic Court in Podgorica, in which a man – who, while driving under the influence of alcohol, hit a policeman on duty with his car, causing him serious injuries and permanent disability – was issued a suspended sentence, as well as the decision of the state prosecutor’s office not to file an appeal against such a judgment. Among other things, the Union concluded as follows: “Anyone who decides to get drunk, get into a car and seriously injure a policeman on duty or any other person, even a child, will be forgiven if he says in court that he had good reasons for getting drunk and that he is sorry, and if he firmly promises that the same thing will not happen again.”

In its response, the Association of Judges did not dispute any of the factual claims made by the Union. The Association did not even dispute their views regarding the judgment (the so-called value judgments) using arguments; instead, it simply reproached them for publishing such critical views in relation to judgments that have yet to become final, even when it is certain that they would eventually become final, as in this case, because the competent state prosecutor’s office did not appeal the judgment, and the injured party has no right to file an appeal against a judgment that is not an acquittal (Article 382, ​​item 4 of the Criminal Procedure Code).

It must be taken into account that the Union did not insult anyone in its statement, especially not on a personal basis. They did not even mention the name of the judge who made the decision, or the name of the responsible state prosecutor who failed to file the appeal, although mentioning their names would not be unlawful. The obvious goal of the Union was to acquaint the public with the court decision which, in their opinion, reflected an unacceptably tolerant attitude of the court towards the infliction of serious bodily injuries in traffic under the influence of alcohol, which – as is generally known (actiones libere in causa) – does not justify the behaviour of anyone who has caused himself or herself to be in such a state. Therefore, this is a debate on a matter of public interest, which, according to the practice of the European Court of Human Rights, enjoys the highest degree of protection in a democratic society.

First of all, the Human Rights Action would like to point out that the interested public is unfortunately unable to read the judgment of the Basic Court in Podgorica, or verify the state of affairs pointed out by the Independent Police Union, because the courts do not publish first-instance judgments on the page “sudovi.me” [courts.me], nor do they submit them based on requests for access to information of public importance. Statements such as the one that was published by the Independent Police Union are necessary, particularly in view of the above negative practice, which is contrary to the principle of the public nature of trials, and the organisation Human Rights Action is extremely grateful to them for it.

Second, we would like to emphasise that the European Court of Human Rights has long established the position that the presentation of value judgments regarding proceedings that are still pending cannot and must not in any way affect the fairness of the trial, especially when such positions do not contain incorrect factual claims (see, for example, the judgment of the Grand Chamber in the case of Morice v. France, 2015, application number 29369/10, paragraph 125, which recapitulates the already established practice).

That Court also explained that conducting criminal proceedings is a matter of public interest that requires a high level of protection of freedom of expression, which means that the authorities are left with a particularly narrow field of discretion to restrict said freedom. As long as the criticism does not represent an “unfounded destructive attack” or insulting a judge “on a personal level”, it is welcome in a democratic society: “The judiciary can benefit from constructive criticism”, stated the Grand Council in the Morice judgment, confirming the right of attorneys to draw the attention of the public to potential deficiencies in the judicial system even before a judgment becomes final (see paragraphs 131 and 167).

The European Court of Human Rights believes that judges should tolerate criticism: “Having in mind that judges are part of one of the main institutions of the state, they can be the subject of personal criticism within permissible limits and not just of criticism in a theoretical or general sense. When they act in the official capacity, the limits of acceptable criticism directed at them are wider than when they involve ordinary citizens” (Morice, paragraph 131). Even the use of a cynical tone in comments directed at a judge is not contrary to the provisions of Article 10 of the Convention (Morice, paragraph 161).

Of course, both judges and state prosecutors must be protected from unfounded attacks and insults on a personal basis, just as the rights of the accused and the judicial process itself must be protected from the violation of the presumption of innocence. The European Court was of the opinion that articles that, in this sense, can truly and objectively prejudice the outcome of the trial can be limited by imposing very mild penalties (Worm v. Austria, 2011), and that it is necessary to “maintain the authority of the judiciary and ensure relations based on mutual understanding and respect among the different actors that operate within the justice system” (Morice, paragraph 170). However, value judgments that are based on facts are acceptable and desirable even when they concern first-instance verdicts and other non-final decisions made by judges or state prosecutors, representing official and public acts of the state authorities. The organisation Human Rights Action believes that the Independent Police Union has expressed precisely such views, that these views can contribute to the improvement of the work of state institutions, and that they should not be limited in any way.

We are using the opportunity to once again appeal to have the non-final first-instance judgments published as well, so that the public can independently read the judge’s explanation and assess whether the critical views were well-founded or not.

In its chapter entitled “Criticising the Work of Judges and State Prosecutors”, the Human Rights Action’s publication “European Court for Human Rights and Freedom of Expression – Thematic Overview of Judgments on Freedom of Expression” presents a summary of the standards from the practice of the European Court of Human Rights in this area. The summary also includes the aforementioned judgment issued in the case Morice v. France, in which the Grand Chamber of that Court repeated and systematised its previous practice. The Human Rights Action is proud of the fact that this collection is regularly used in the education of judges in Bosnia and Herzegovina.