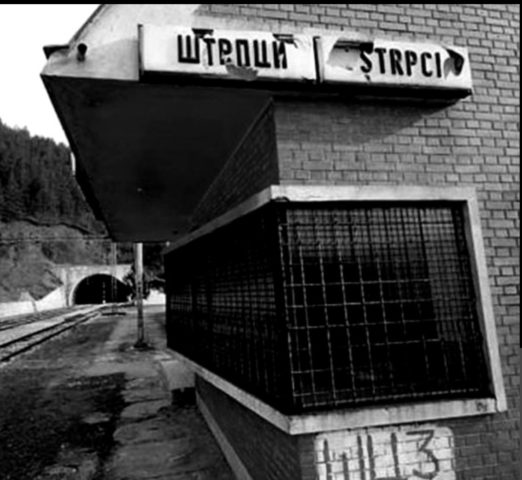 The Human Rights Action (HRA) appeals to investigate and determine who were the organizers and perpetrators of this crime from the political and military circles of the Federal Republic of Yugoslavia and the Republic Srpska, to bring them to justice together with the direct perpetrators, to find the mortal remains of all victims, the oldest of whom was 59 and the youngest 16 years old, and that Montenegro, by amending the Law on Veterans and Disability Protection, finally provide social protection to the families of victims of this crime as civilian victims of war. We would also like to draw your attention to the book “Against Oblivion – Testimonies of War Crimes Trial Witnesses”, in which we published testimonies from the trial of the only accused for this crime in Montenegro.

Following the abduction, the victims were taken to a school in the village of Prelovo near Višegrad, where they were robbed and beaten, and then transferred to the village of Mušići, near Višegradska Banja, where they were killed and their bodies thrown into the Drina. The only body of Halil Zupčević was found in 2009 on the coast of Lake Perućac, near Višegrad, and in 2010 the remains of Rasim Ćorić, Jusuf Rastoder and Ilijaz Ličina were found at the same location. To this day, the mortal remains of other victims of this crime have not been found.

So far, only two members of the “Avengers” have been convicted for the crime in Štrpci. Nebojša Ranisavljević was sentenced to 15 years imprisonment in Montenegro, and Mićo Jovičić concluded a plea agreement with the Prosecutor’s Office of Bosnia and Herzegovina (BiH) in 2016, on the basis of which he was sentenced to five years imprisonment. The leader of this military unit, Milan Lukić, is serving a life imprisonment for which he was sentenced by the Hague Tribunal for war crimes committed in Višegrad, and he was never tried for the crime in Štrpci. It was only in December 2019 that the BiH Prosecutor’s Office accused Lukić of participating in this war crime, while in Montenegro it was never done. No other investigation has been launched into this crime in Montenegro, although Ranisavljević mentioned in his testimonies among the participants in the action Boban Indjić, a “Montenegrin”, Milan “Čačak”, Aca Šimšić, a “drunk Slovenian”, Željko Marjanović, Bogdan Šekarić, Vidaković and Mitar “Chetnik”.

In 2021, the HRA published “Against Oblivion“, a publication collecting testimonies of witnesses in war crimes trials. In it, you can read testimonies that will bring you closer to the tragedy that happened on train 671. The publication presents the testimony of a man who tried to prevent the kidnapping of a young companion – “Let go of the child, what has he done to you?” , the testimony of a relative of the abducted passenger who managed to reach the commander Milan Lukić, the tragic testimony of wife who was present at the removal of her husband from the train, as well as the testimonies of terrified civil servants: the train conductor who could not remember the name of the saint he was celebrating and the train dispatcher from Štrpci station. At the end, the testimony of the perpetrator was presented, explaining how the crime had been committed.