7 NGOs support decision of the Montenegrin Prime Minister to propose dismissal of Justice and Human Rights Minister: genocide was committed in Srebrenica, we should accept it and give chance to reconciliation in the Balkans 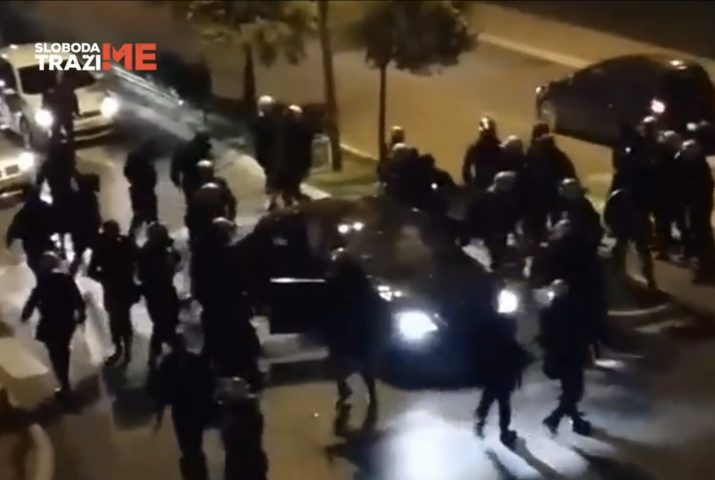 The European Court of Human Rights in the case Martinović v. Montenegro (44993/18), rejected Milorad Martinović’s application for violation of the right to the prohibition of torture, inhuman or degrading treatment or punishment (Article 3 of the ECHR) and the right to an effective remedy (Article 13 of the ECHR), due to ineffective investigation of police torture he experienced in Podgorica in October 2015, following the protest organized by the political coalition „Democratic Front“. Martinović was represented in this procedure by the executive director of the NGO Human Rights Action (HRA), Tea Gorjanc-Prelević.

Although the state provided Martinović with compensation in the amount of EUR 130,000 due to police torture including destruction of his luxurious vehicle, it did not ensure that all police officers who abused authority and entrusted means of coercion and carried out an absolutely prohibited act of torture were held accountable. Only two members of the Special Anti Terrorist Unit of the Police (SAU), who reported and confessed to the crime were prosecuted, and their commander for covering up all perpetrators of the crime.

On April 28, 2017, HRA filed a constitutional complaint for Martinović, requesting the Constitutional Court of Montenegro to establish a violation of the human right to prohibit torture, inhuman or degrading treatment and order an investigation in accordance with the European standards, because the state prosecutor’s office did not provide with an effective investigation into the case. On 25 May 2017 the Constitutional Court unanimously upheld the complaint determining that Martinović had been a victim of a violation of Art. 28 of the Constitution of Montenegro and Art. 3 of the European Convention on Human Rights (prohibition of torture), both because of the torture he survived by the police and because the state prosecutor’s office had not effectively investigated the incident of 24 October 2015. The Constitutional Court concluded that the fact that the prosecution filed indictments against the SAU commander and two members of that unit did not mean that an effective investigation had been conducted, “given that the two persons themselves confessed to the crime.” However, even after the decision of the Constitutional Court, the Basic State Prosecutor’s Office in Podgorica did not conduct an investigation into police violence against Martinović, so as to lead to the prosecution of more perpetrators. There were omissions in the investigation, such as the contamination of evidence by a forensic technician, and organized recognition of a limited circle of people did not lead to results. The information on the confession of one police officer participating in the beating of Martinović was not further investigated, etc.

The three-judge panel of the European Court of Human Rights, composed of Mārtiņš Mits, Jovan Ilievski and Ivana Jelić, found that Martinović could no longer claim to be a “victim” within the meaning of Article 34 of the Convention and that his appeal under Article 3 and Article 13 of the Convention must be rejected. They pointed out three reasons for this decision. First, the Court noted that the Constitutional Court of Montenegro had found a violation of the substantive and procedural aspects of Article 3 in the applicant’s case – thus expressly accepting the violation complained of by the applicant and thus, in fact, satisfying the Court’s first condition. Second, the applicant reached an agreement with the State and thus received compensation of EUR 130,000 for all existing and future damage related to this event, both pecuniary and non-pecuniary, which fulfilled the second condition. Third and finally, the investigation led to: (a) the identification of two direct perpetrators, X and Y, who are currently on trial for torture and grievous bodily harm, and (b) the prosecution and sentencing the commander of the relevant police unit for assisting the perpetrator after the commission of the crime.

The Executive Director of HRA, Tea Gorjanc Prelević, who represented Martinović in this case, gave the following statement:

”Unlike the case of Zlatarska Street (Baranin and Vukčević v. Montenegro), in which the state was recently found in violation of the Convention for failing to conduct an effective investigation into the police ill-treatment occurring on the same night, and where only the SAU commander was prosecuted for aiding and abetting the perpetrators, in this case, the Court had satisfied itself with the fact that the state also prosecuted two SAU members for torturing Martinović. Although the decision lacks detailed explanation, our arguments were obviously not accepted that the video recording showed much more than two police officers taking part in torture (the European Committee for the Prevention of Torture – CPT stated in its report that there had been 20 of them), and that the investigation had to to be conducted so as to establish the responsibility of everyone involved.

That is not enough to prevent police torture or to provide justice for the victims. All those who participated in torture are criminals in police uniforms. Our society must not be left to such police officers to protect it. I congratulate Mr. Martinović on persisting in reporting police torture and thank him for the trust he placed in the Human Rights Action to represent him in this case. We will continue to insist that the new leadership of the Police Directorate and the State Prosecutor’s Office determine responsibility of all perpetrators of police torture in his case as well as in other cases. “

HRA, in cooperation with the European Association for Law and Finance (EALF) monitors the judgements of the European Court of Human Rights. It is a volunteer project of these two NGOs.