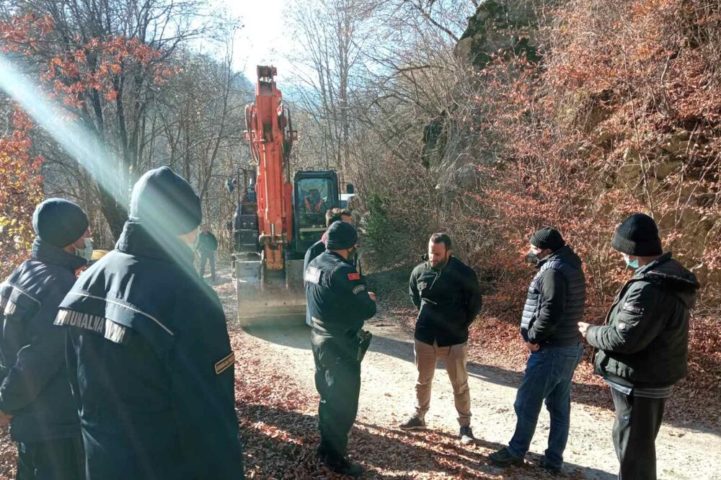 Human Rights Action (HRA) and Institute Alternative (IA) have called upon the new Minister of Health, Ms. Jelena Borovinić Bojović, to urgently amend the order banning gatherings in public, so as to give citizens the right to protest, in accordance with international human rights standards, in a manner that does not violates public health.

The same letter has been sent ten days ago to the previous Minister of Health, Mr. Kenan Hrapović, who was chairing the National Coordination Body (NCB) at the time, but he did not respond.

As the new Minister enabled citizens to attend religious ceremonies indoors, with distance and masks, we believe that there is no reason not to allow public gatherings outdoors, with limited number of people, in accordance with the same rules.

We remind that the police recently warned the activists of “Save the Rivers of Montenegro” and the residents of the villages of Rečina and Bare Kraljske, who protested against the construction of small hydro-power plants, that their protests violated the ban on public gatherings and that they could be arrested. The fifteen of them gathered in public to protest while wearing masks and respecting the social distance.

This year, the Constitutional Court of Germany, in relation to the ban on protest gatherings in the city of Giessen, decided that even during the pandemic, the right to protest must be provided to a limited number of people, who wear masks and keep social distance.

On the other hand, the Constitutional Court of Montenegro has never decided on the initiative for assessing the constitutionality of the ban on political gatherings in public places, which was submitted by the HRA and IA on June 29 this year.

In addition to the ban on gatherings in public places indoors and outdoors, it is also currently forbidden in Montenegro to gather in residential buildings with persons who are not members of a joint family household, with the exception of those who care for those who cannot perform daily activities due to illness, condition or consequence of injury. Funerals of up to 10 people are allowed, and gatherings in public are limited to a maximum of four people.

The new measures allow the presence of a limited number of citizens to religious ceremonies while respecting epidemiological measures – wearing a mask, keeping a distance of 2m, providing disinfectants at the entrance/exit of the building and a ban on touching objects of common use. The number of citizens who can attend religious ceremonies depends on the size of the building, so each attendant must be provided with 10m2 of space.

HRA and IA insist that respect for human rights must be ensured during the pandemic as well, in accordance with the needs of public health, especially bearing in mind that state of emergency has never been declared in the country.