EFFECTIVE INVESTIGATION NEEDED: REPORTS OF TORTURE BEING USED TO EXTRACT CONFESSION IN CASE OF ATTACKS ON “GRAND” AND GOLUBOVIĆ’S HOUSE 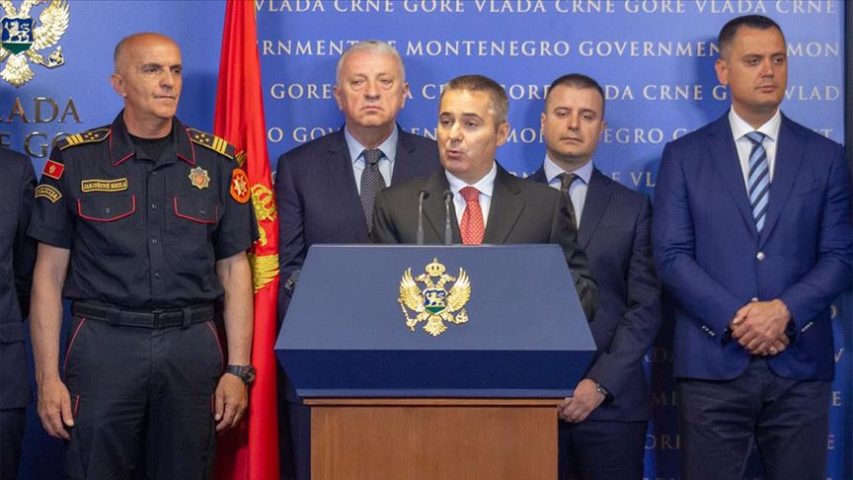 The Human Rights Action(HRA) recently published anannouncement regarding claims of torture and extortion of evidence levelled against the Montenegrin Crime Police. The reports are all connected to the case of “bombing attacks’’ on the bar “Grand” and the house of police officerDuško Golubović, with allegations that the police used torture toexort confessions and other false statements from the three persons involved in the investigation. The Police Authority denied the facts presented in our announcement. Therefore, in both the domestic and international public interest, and with the goal of protecting the credibility of our organisation and the common interest of advancing Montenegro towards the establishment of the rule of law and the protection of human rights, I hereby respond to the Police Authority’s denial.

Key sentences from the denial are highlighted and then answered.

,,It’s about synchronized design of alleged police torture in an attempt at justification of committed criminal acts’’ … ,,Competent prosecutor has assessed legal validity and quality of collected evidence and gave the order for persons to be processed for criminal acts they were charged of.’’

HRA has no knowledge that the persons who reported police torture communicated with each other at all. Jovan Grujičićhas been in detention ever since May 26th, when he was taken from the Psychiatric hospital in Dobrota, and has not had a phone on his person ever since. We do not see which possible motive for inventing torture would M.B. and Benjamin Mugoša have, who have neither been accused nor suspectedof the said criminal acts. The statement that the prosecutor gave the order for ,,persons’’ to be processed is not true, as M.B. has never been processed in this case, but treated as a witness, while the criminal charge against Benjamin Mugoša was rejected, because the court found that he had been in jail on both occasions when explosives had been planted. Grujičić is the onlyone person charged. He waschargedon the basis of his confession, which he claims was extorted by torture, and the anthropologic forensic assessment of the video recording of a person planting the explosive that could not have excluded Grujičić as that person, which by itself presents no evidence. (Information based on reasonable suspicion against Grujičićcited from the decision of the Basic Court in Podgorica by which his pre-trial detention had been prolonged on June 25th (Kv. No. 683/20)).

,,HRA announcement is based on the statements of suspects who are trying to justify execution of criminal acts of great danger to society.’’

The HRA announcement is not been based only on the three statements thatoneperson indicted, one former suspect and one so-called ‘’witness’’ gave to the record of state prosecutors on application of torture against them by crime police officers in Podgorica, but as well as on the following:

,,Neither the suspects nor witnesses have stated any complaints to the work of police officers in the police or respected prosecutor’s office… It is obviously a matter of subsequent memory…’’.

We remind that all three persons have reported long lasting police torture during which they also claim to have received death threats.Nevertheless, all three have reported the torture to the Basic State Prosecutors in Podgorica on the following dates:

,,All measures and actions were taken in accordance with legal powers and standard operative procedures.’’

I find this statement to be done without proper consideration. Police top figures anywhere in the world cannotpossibly know on such a short notice whether police officials overstepped their powers, before an investigation on the matter is conducted. With this statement the Police Authoritya prioristood up in defense of state officers who had been accused of applying thegravest methods of torture, which is very disappointing. I believe this statement will be assessed by the European Commission and other international observersas a set-back to advancement of Montenegro in reaching the rule of law.