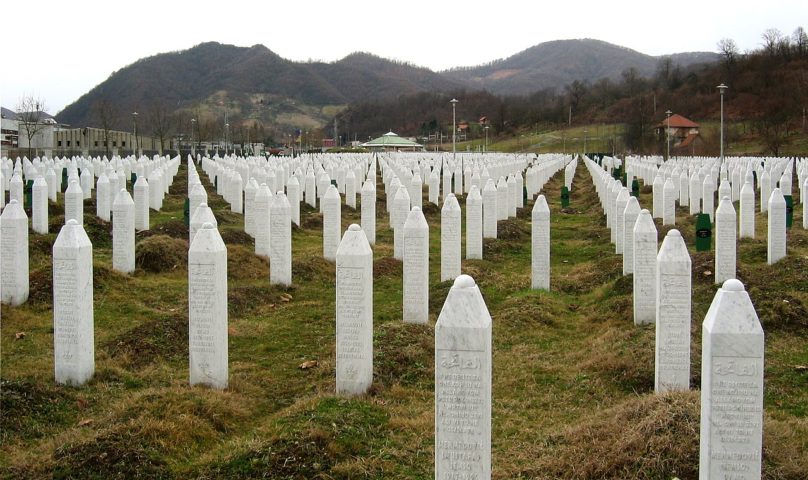 Regarding 25 years since the genocide in Srebrenica, Human Rights Action (HRA) wants to remind the public of this mass crime and point out that facing it has to become part of state policies of both Montenegro and Serbia and of both entities of Bosnia & Herzegovina. Justice for the victims can only be secured through remembrance, as well as a better future in which similar crimes will not be repeated. We remind that the International Criminal Court for Ex-Yugoslavia (ICTY), the International Court of Justice and the Appellate Panel of the Dutch Court established in their judgements that a genocide was committed against the Muslim populace in Srebrenica in 1995, wherein over 8,370 people were killed. Criminal proceedings regarding the genocide in Srebrenica were also held before courts in Bosnia and Herzegovina, Germany, Austria and Switzerland.

In June, HRA, in cooperation with the De Facto agency, conducted research of public opinion in Montenegro on the topic of “Information of Montenegrin citizens on wars on the territory of ex Yugoslavia from 1991 to 1999 and processing of war crimes”. Although the complete research is just about to be published, we use this opportunity to highlight the fact that the genocide in Srebrenica has found itself at the top of the citizens’ associations with the term “war crime”, right after the general term “murder”. Also, the genocide in Srebrenica has found itself in the first spot by the number of answers to the question “Which event tied to war crimes on the territory of ex-Yugoslavia since 1991 comes to your mind first?”. All who answered the question “Who determines whether a crime is a genocide?” have answered correctly that courts are the authority for that matter. It is therefore clear that the citizens know that the decision of whether genocide occurred is not a matter of political interpretation.

This year, HRA joined the regional campaign named: “SREBRENICA 25: TOGETHER AGAINST THE VIRUS OF DENIAL” regarding the 25th anniversary of the Srebrenica genocide, lead by SENSE Centre for Transitional Justice from Puglia. As part of the campaign, which lasts from 7th to 11th July, several documentary materials are showcased, aimed at portraying the reality of the horrors which victims of this genocide have faced. The presentation “Srebrenica: Genocide in 8 acts” is available at the link:

We remind that in 2009 the Montenegrin Parliament adopted a Declaration of accepting the resolution of the European Parliament (EP) on Srebrenica, which condemns the crime, and obliged itself to the affirmation of truth and contribution to reaching justice, also as the development of the culture of remembrance as a mechanism of facing the war past.