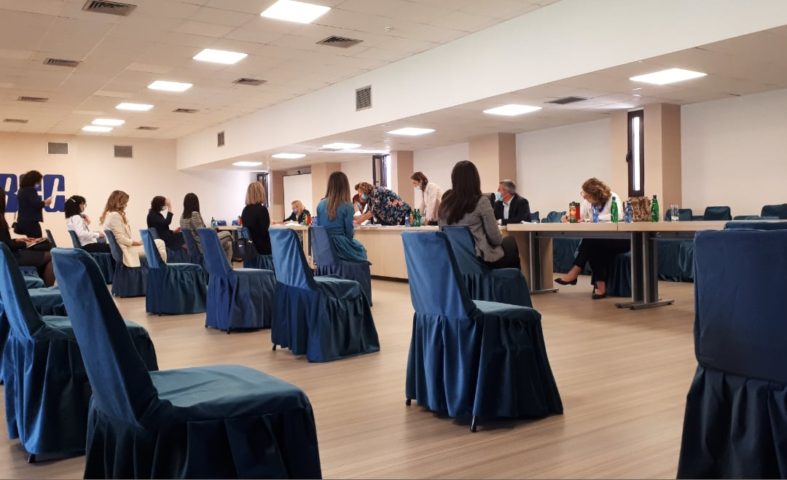 Human Rights Action (HRA) calls on the Judicial Council to notify the public on irregularities in the process of judge selection, and about the course of action, they will take to stop persons who were found cheating on the exam for judges to be elected for judicial office.

At yesterday’s Judicial Council meeting, at which HRA’s representative was also present, the Council has notified participants of the competition for the election of judges of basic courts that irregularities were found while grading written tests, namely some candidates have copied judgements with the help of internet and private USB memory.

At yesterday’s meeting, it was said that Judicial Council with the help of police and state prosecutors office has determined that certain persons cheated at the exam, but that it does not have authority to perform an investigation in this case, nor the possibility to sanction candidates who were caught cheating, so the decision was made for tests to be repeated, and to let all participants who applied to take the test again. It was said that the names of the candidates that were caught cheating would not be published.

HRA is concerned by the fact that the Judicial Council, upon discovering cheating in the exam for judges, issued a press release containing only one sentence: “Having in mind that certain irregularities have been discovered during the making of the tests, Judicial Council has made a decision to repeal the written test and to repeat the same at the beginning of June”, without information on what happened, why it happened, will the persons involved in cheating for judge election be sanctioned and, above all, why will they be allowed to repeat the test and, in the end, be elected for judges. This non-transparent approach leads to questioning trust in the Judicial Council and in the judiciary.

HRA reminds that similar situation happened in 2014 when certain candidates cheated on the test for judge election with the help of technical aids “BlueTooth headphones”. On that occasion, the Council has not determined who cheated on the test because tests were signed in codes, and then it was decided to offer candidates one more chance and for the test to be repeated. The Council has pointed that it will take precautionary measures in the future to prevent similar scandal.

HRA considers that for the trust in judiciary it is necessary for state authorities to ensure not only that future judges can’t cheat on the exam, but for judges not to become people who were ever determined to have tried to cheat their way into the office or gain any kind of diploma or award in such a way. Due to that, we expect that the public is notified regarding measures being taken in this case, and in the future, for this kind of situation not to be repeated.

HRA reminds that the Ethical codex of judges in article 7 prescribes that: “dignity, fairness and incorruptibility are base principles on which judge integrity lays on… A judge shall in all occasions act according to the dignity of the function he performs, by which he will affirm trust of the public in the integrity of judicial institutions”. Candidates who were caught cheating on the test for judges obviously lack the required integrity, so the sole possibility of them becoming judges collapses the public trust in the judiciary.

As candidates on the competition for election to the position of judge are most frequently persons who work as advisors in courts or in other state authorities, they as state officials, are bound by Ethical Codex of state officials and employees to not act in a way that could negatively affect the reputation of state authorities even outside working hours. Law on State Officials and Employees also prescribes that violation of the Ethical Codex represents a violation of official duty for which written warning or a fine could be issued. According to that, if the candidates who cheated on the test are state officials, respected authorities who employ them should initiate appropriate procedures.