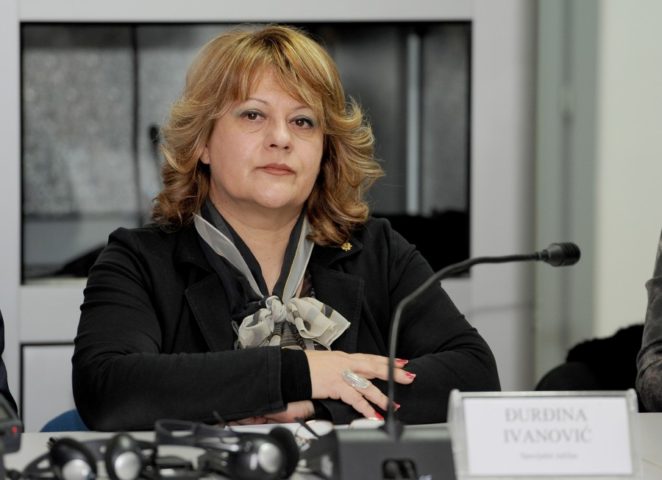 The criminal charge explained in detail the suspicion that all members of the Judicial Council committed criminal offences by grossly violating regulations in the process of selecting candidates for judiciary positions in the Basic courts of Montenegro by public contest (No. 01-2491/19-30). The NGOs allege the Council’s members committed the following criminal offences Misuse of Office (Article 416 of the Criminal Code (CC)), Malpractice in Office (Art. 417 of the CC), Trading in Influence (Art. 422 of the CC), Counterfeiting Documents (Art. 412 of the CC) and Violation of Equality (Art. 159 of the CC).

All members of the Judicial Council have graded the candidates for judges interviews although they asked them only one question (for example, “Did you become a mother yet?”), instead of asking some twenty questions that could provide material for evaluation of the four criteria prescribed by the law, with a score of 0 to 20. They also marked the “interviews” of 7 participants in the competition without asking them a single question. At the same time, two members of the Council, the president of the Supreme Court and president of the Judicial Council, participated in the complete process of selection of affiliated persons (daughter of a maid of honor, counsellor, child of a close associate). Furthermore, the president of the Supreme Court also acted in the capacity of the president of the commission in charge of a written test.

On 28 October 2019 the Special State Prosecutor, Mr. Veljko Rutović, submitted an unreasoned act, Kt. S. No.138/19 from 15 October 2019, informing that he rejected our criminal charge against the president and members of the Judicial Council, because “there is no reasonable doubt that the perpetrators have committed the alleged offenses or any other criminal offense prosecuted ex officio“. Prosecutor Rutović did not provide a single reason for his decision.

We appealed to the Supreme State Prosecutor and, pursuant to Art. 271a of the Criminal Procedure Code (CPC), proposed that the Supreme State Prosecutor’s Office abolish the special prosecutor’s act, because all state prosecutors are obliged to issue reasoned decisions on dismissal of criminal charges in accordance with Art. 271 CPC after having previously carefully examined all the evidence and proposals submitted, and after they had taken further action to ascertain the facts.

On behalf of the Supreme State Prosecutor’s Office, the state prosecutor Đurđina Nina Ivanović acted on the complaint, informing us that “after reviewing the case files, she assessed that the Special Prosecutor’s decision was correct and lawful”. She also gave no reasons for her decision.

From all of the above, we conclude that the State Prosecutors Office does not dare to undertake any verification activities, and especially not to prosecute the Minister of Justice, President of the Supreme Court, judges and other lawyers in the membership of the Judicial Council. This will not come as much of a surprise for the Montenegrin citizens, who are increasingly losing confidence in the State Prosecutor’s Office, but should further concern the European Commission, who continues to seriously consider Montenegro as a candidate for the EU membership.