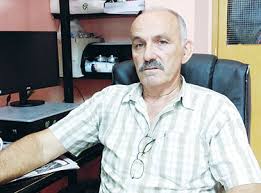 NGO Human Rights Action, which provided free legal assistance to Dragojević in the lawsuit that the Railway Transport had launched and lost against him, expresses regret over the policy of managing of the state railway, which also led to Dragojević’s resignation. The competent ministers and the state prosecutor also turned their backs on Dragojević’s efforts to regulate the situation in that company in the public interest of safety.

HRA recalls that the court dismissed allegations made by the Railway Transport that Dragojević had unjustifiably distressed the public when he spoke of improper maintenance of trains, illegal tenders for the procurement, repairs and modernization of trains, lack of qualified personnel, violations of regulations on the safety of railway transport, and so on. The Railway Transport provided no evidence in the disciplinary proceedings to deny these allegations, nor has the public, which does not have the choice of using services of another railway company in Montenegro, been reassured that the procedures for obtaining permissions for operating trains had been observed.

In addition to the fact that Dragojević succeeded in the proceedings initiated by the Railway Transport against him, the Agency for the Prevention of Corruption found that he had reasonable grounds to suspect a threat to public interest indicating the existence of corruption in the Railway Transport Co, that he had reported his doubts in good faith, had suffered damage due to his activities in the public interest, as well as that “more serious problems might arise as a result of endangering his health”.

The Agency in its decision granting Dragojevic whistleblower status, recommended to the Railway Transport Co., to firstly “suspend without delay and refrain from any future active or passive behavior towards the whistleblower that is repeated and aimed at or constitutes violation of dignity, reputation, personal and professional integrity, health, employee status, causes fear or creates a hostile, humiliating or offensive environment, deteriorates working conditions or results in isolation of the whistleblower”.

However, what happened in the Railway Transport at the end was exactly what was warned against.

HRA emphasizes that all regulations on protection of whistleblowers and decisions of official bodies giving whistleblowers a protected status do not make any sense if the state does not show its power to effectively investigate their warnings, to punish the responsible for the failures, especially when they may have tragic consequences and to provide appropriate working conditions to whistleblowers. The case of Milisav Dragojević shows how reform achievements are merely a facade when the essential protection and support to an individual who risks personal well-being in the public interest is lacking.