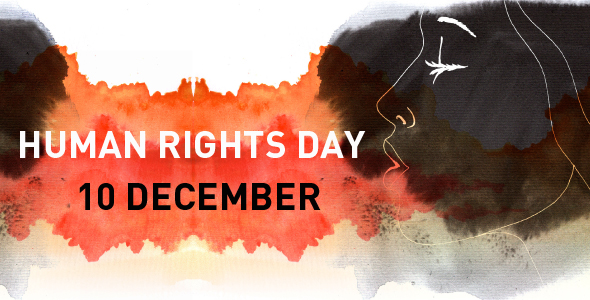 On the occasion of International Human Rights Day, HRA invites citizens not to give up upon violation of their rights, not to turn their heads from violating the rights of others, to get involved, report violation of rights and help the realization of the rule of law in Montenegro for the benefit of all.

The theme of the UN International Human Rights Day is the protection of human rights in times of crisis caused by coronavirus.

This year, it turned out that Montenegro does not have the mechanisms to effectively combat the epidemic in accordance with human rights.  Human Rights Action reminds of the most important events that marked 2020.

Very restrictive measures were taken in the first wave of the coronavirus pandemic, which were in some aspects excessive and contrary to human rights, although the overall result in the form of eradication of the infection in May. At one point, by publishing the personal data of persons in self-isolation, the Government violated the right to privacy of a huge number of people and undermined trust in public health and the confidentiality of health data. On the occasion of such a gross violation of privacy, the special rapporteurs of the United Nations reacted first, and only then the Constitutional Court, which decided upon the initiative of the Civic Alliance to assess the constitutionality on that matter four months later when it had become useless.

During the first wave, as it is now, the government unjustifiably banned the right to peaceful assembly, without exception to exercise the right to protest, although gathering for that purpose had to be made possible for a smaller number of participants, with masks and social distancing.  Equality before the law has been questioned when applying measures prohibiting outdoor and indoor gatherings, deprivation of liberty and different approaches in punishing those who violated the measures, as well as in relation to quarantine.

During the second wave of the pandemic, the impression was made that state authorities had given up serious protection of public health. As if it was taken the attitude that one should indulge in acquiring the so-called “immunity of the herd” and sacrifice 540 lives to the epidemic, as many as were lost in the second wave, as opposed to losing only 9 lives in the first wave. Police and state prosecutors did not react at all or did not adequately react to several mass gatherings of as many as fifty thousand people in one place, after which Montenegro ascended to the sad second place in the world in terms of the number of infected in relation to the number of inhabitants. Instead of taking responsibility for omissions in prosecuting all those who violated the measures, the state authorities shifted the responsibility to each other.

Freedom of expression has been threatened this year by a new trend of arrests and punishments for criticizing government officials and spreading false information on personal social media profiles, displaying other countries’ flags and satirical posts, contrary to the international standard of freedom of expression. In addition to appeals to the Police Administration and the State Prosecutor’s Office not to violate the laws for the purposes of repression, HRA in January submitted an initiative to the Constitutional Court to assess the constitutionality of the criminal offense of causing panic and disorder under Art. 398 of the Criminal Code, which enabled the arrest and criminal prosecution of journalists first, and then of other persons for spreading allegedly false information, although the content they published did not incite violence or hate speech. The Court has not yet decided on that initiative.

Impunity for torture is one of the biggest problems for the protection of human rights in Montenegro. The decision of the High Court in Podgorica, by which ten prison officers who were found to have tortured prisoners were sentenced only to suspended sentences and were forgiven and enabled to continue working with prisoners, contrary to international standards, was devastating.  It is especially worrying that the state prosecutor’s office did not publish the results in the investigations of grounded reports of police torture during the protests in May in Nikšić and Pljevlja, and in June in Budva. The allegations in the report of the European Committee for the Prevention of Torture (CPT) that criminal inspectors in Montenegro also apply electroshocks in order to extort testimony were corroborated by three reports of abuse of participants in the investigation of the so-called “bombing” case. Although the representatives of the UN, the EU and the British Embassy reacted to this case and called for an effective investigation to be carried out urgently, to date, for more than a half year, there have been no results.

This year, too, there has been no progress in the investigation of war crimes in accordance with the Strategy adopted in 2015 by the Supreme State Prosecutor. The Ministry of Justice refused to explain why the procedure of extradition of Zoran Vukovic from Serbia to Montenegro, which was legally convicted in Montenegro for war crimes against the Klapuh family in 1993, has been going on for four years.

The Judicial Council continued with the practice of acting contrary to its powers prescribed by the Constitution and the law. At the session held at the beginning of February, the president of the court was elected for the eight time, contrary to the legal prohibition which stipulates that one person can be elected president of the court no more than twice. Despite the decision of the Administrative Court by which was annulled the decision on the election of Branko Vuckovic as President of the Basic Court in Kotor, and despite the recommendations of GRECO and the European Commission regarding the limitation of excessive concentration of powers in the judiciary, the Judicial Council, in the repeated procedure in November, decided to re-elect Vuckovic, who now performs the function of the president of the court for the eighth time. In May, a new scandal broke out during the procedure of electing judges, because it was found out that some of the candidates cheated while doing the written test. To date, it has not been announced what the Council has done to prevent such occurrences from recurring.

Despite the fact that a large number of judges have terminated their judicial functions by meeting the conditions for an old-age pension under the new Pension and Disability Insurance Law, the Judicial Council has scandalously decided not to apply the law until it is decided upon its initiative to the Constitutional Court to assess the constitutionality of the Law, although the Constitutional Court is the only competent to issue such an interim measure. This year, the Judicial Council did not react to protect judges from undue pressure from the public and political parties, although that is also its competence.

Encouragement is the independent decision-making of judges of basic courts, who with grounded explanations decided to deviate from the principled legal stance of the Supreme Court that regular courts are not competent to review the legality of decisions of the Assembly.

A positive step was made by the Prosecutorial Council, albeit with a delay of over a year and after the elections, and at a session held before the end of the year decided to cancel the competition, for the election of heads of basic state prosecutor’s offices, to which candidates, who had already held that position in two terms (in accordance with the legal restriction), have applied, which is in line with the goal of preventing the concentration of powers in the judiciary. On the other hand, the Prosecutorial Council also arbitrarily decided not to apply the provisions of the Pension and Disability Insurance Law, on the basis of which, due to meeting the conditions for an old-age pension, many prosecutors should cease duty in accordance with the law.

A positive contribution to the realization of human rights is, finally, the adoption of the Law on Life Partnership of Persons of the Same-Sex, which provided for those who belong to sexual minorities to formalize their life together with the person they love. This Law represents the victory of the basic principle that human rights belong to everyone.