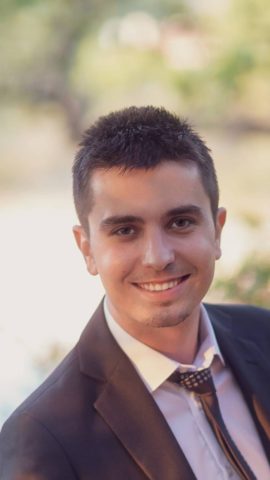 The Administrative Court of Montenegro dismissed the lawsuit filed by Ivan Vukićević, an adviser at the Basic Court in Podgorica, challenging the legality of the Judicial Council’s decision on the selection of candidates for judges of primary courts from June 2018 (decision 01-3828 / 18-2 of 18 June 2018).  The tree member trial chamber of the Administrative Court, judges Svetlana Budisavljević, Snezana Vukčević, and Medina Musović, without reviewing proposed evidence and establishing the facts, rejected the plaintiff’s arguments alleging the bias of two members of the Judicial Council and violation of the interview procedure, as well as other arguments alleging breaches of the procedure for appointment of the candidates for judges.

In this case, which, by its nature, should have been efficiently dealt with, the oral hearing was scheduled only sixteen months after the filing of the lawsuit, although in the meantime the court ruled on lawsuits that were subsequently filed and in cases for which no urgency had been prescribed. Also, three elected candidates from the contested selection already begun adjudicating cases before the judgment had been reached.  The judgment was brought on the same day of the oral hearing 22 October 2019 but Vukićević was notified of it only when the judgment had been delivered to him after more than a month.

Vukićević claimed in the lawsuit that the Judicial Council had made several omissions in the procedure, which violated laws and by-laws, when selecting candidates for judges, and demanded that the decision on election be annulled as unlawful.

Among other things, he challenged the impartiality of the members of the Judicial Council who were deciding on the selection of candidates. He stated that two members of the Council from among the judges, Milić Međedović and Željka Jovović, were not exempted from deciding on three candidates who were their long-term advisers.  The Administrative Court concluded that “a judge cannot be considered as a related party to an advisor who was assigned by a court president to perform professional duties for a particular judge or a panel of judges, because, depending on the need of the court, during one year, the court president may assign advisors to more judges – councils”. However, the court did not examine whether or not the advisers were indeed assigned to other judges in this particular case, so the facts remained unclear.

The lawsuit also challenged the marking of the interviews, because, contrary to the prescribed procedure, the candidates were not asked the same type of questions, nor were they asked questions in accordance with the Guidelines on Interviewing, which would have provided the content allowing for the evaluation of the statutory criteria. During the oral hearing, the court did not accept the claimant’s proposal to examine witnesses about how the interviews were conducted. In the ruling, it was concluded that “the court examines the lawfulness of the decision, and not the appropriateness of the marking and the adequacy of the decision of the electoral body, because marking is an expert act and, under the prescribed criteria, represents its evaluation of the candidate’s expertise and knowledge.” However, the court closed its eyes and gave up on fact-finding whether the interview procedure was being followed that would allow for reaching the stage of discretionary expert marking, or not. Such action by the Administrative Court is very concerning, as it unjustifiably released the Judicial Council from the obligation to observe the rules on conducting and evaluating the interview, allowing it to arbitrarily mark the candidates, regardless of whether the interview really happened or not.

HRA representatives did not attend the interview disputed by this lawsuit but did attend the previous one, conducted by the Judicial Council with three candidates in the first competition under the new law in 2018 as well as the July 2019 interview, which Vukićević challenged with another lawsuit, not yet considered by the court. Both interviews attended by HRA were conducted improperly, as Vukićević described in the lawsuit: the candidates were not asked the same (or similar) questions, the interviews significantly varied in duration, in July 2019 seven candidates were not even asked a single question but were nevertheless marked for their “interview”, while others either did not receive all questions necessary for evaluation of all four statutory criteria or had been asked one or two irrelevant questions for evaluation of that criteria. Therefore, HRA was very much interested in how the Administrative Court would handle the same issues Vukićević pointed out in his lawsuit.

HRA considers that the proceedings conducted in this lawsuit show that the Administrative Court does not have the capacity to impartially challenge the decisions of the Judicial Council.  The reason for this might be connected to the fact that out of four judges members who participate in the decision-making of the Judicial Council, one is a judge of the Administrative Court and the other one is the President of the Supreme Court.  It is unrealistic to expect from the Supreme Court, as it stands, to provide an effective remedy against the decision of the Judicial Council in the second instance. Recently, all Supreme Court judges supported the third time election of the same president of the Supreme Court, despite unanimous criticism by the expert public on the unconstitutionality of that election, without stating a single argument in favor of constitutionality, which only supported doubts about their impartiality.