The Petition “Our money, their flats and slush funds” stopped in its tracks – the Government of Montenegro puts private interests ahead of the interest of the public to know 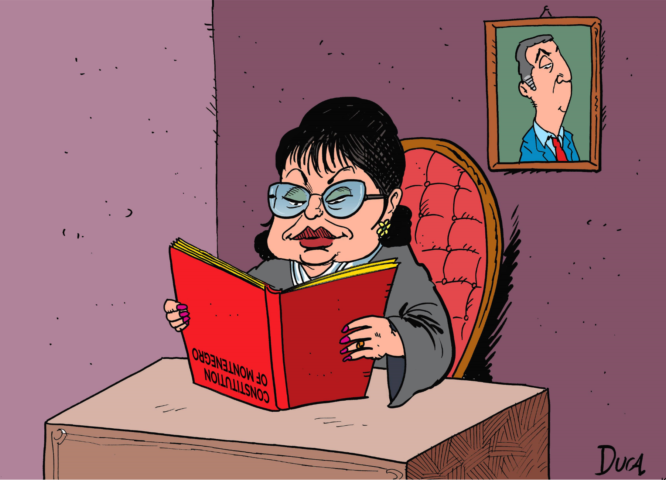 The Judicial Council elected the President of the Supreme Court without any reasoning regarding constitutionality of the candidacy, as would have a politburo in a one-party system, although 11 non-governmental organizations, law professors and other prominent lawyers from Montenegro and the region had publicly warned in due time and with reasoning that the candidacy of Ms. Medenica had been unconstitutional.

By this decision, members of the Judicial Council acting with one voice and without explanation repealed the Constitution of Montenegro, aware that there would be no legal review against their decision, as there had been no other candidate for the same function who could file legal remedy.

We may only conclude that the Constitution had been abolished and to warn the public that instead of the rule of law what we have is rule of political power, overriding general interest for personal gain. The result is devastating for Montenegro, especially as it comes from those whose job is to secure the independence of the judiciary and provide for equal application of the Constitution and law to everyone.

The Judicial Council has definitely been compromised as a puppet body, while the post of the President of the Supreme Court is usurped. It is furthermore devastating that the candidate was unanimously proposed by the General Session of the Supreme Court (all 18 judges) without any explanation as to the constitutionality of the candidacy.

For those who still do not get it it, let us repeat: In July 2013, by an amendment that had immediately come into force, the Constitution of Montenegro prohibited the appointment of the same person more than twice as president of the Supreme Court. Thus, an important democratic institution was adopted in order to “prevent inappropriate concentration of power”, as explained by the Venice Commission. However, this universally accepted democratic custom will not apply to those of us living in Montenegro during the Vesna Medenica’s presidency, who by the end of her third term will be 17 years in the same post and who will have concentrated such personal power that should cause deepest concern for every reasonable and objective observer.

NOTE: The eleven NGOs sent a letter to the Judicial Council on 31 May 2019 outlining reasons for unconstitutionality of the candidacy of Ms. Medenica for her third mandate as president of the Supreme Court.