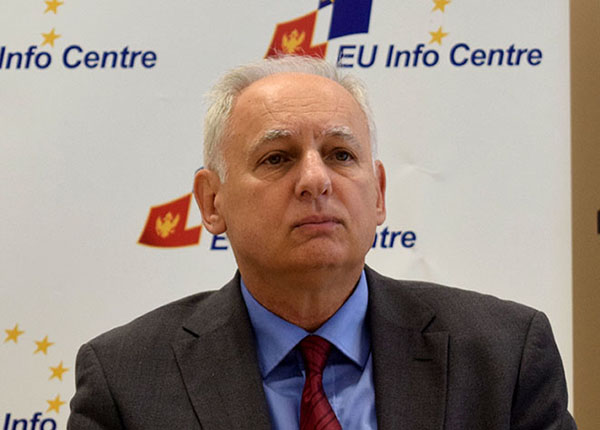 Montenegro does not have an Ombudsman at present, since the former one, Mr. Šućko Baković, retired over a month ago.

The initiative states that proposing professor Vučinić as Protector of Human Rights and Freedoms would allow Montenegro to appoint an Ombudsman of an international renown, who fulfills all the requirements and has all the qualities to be a Protector of Human Rights and Freedoms of all citizens of Montenegro, as well as all others who would find themselves under the jurisdiction of the country’s authorities.

In addition to professor Vučinić’s rich biography, including ten years of judgeship with the European Court of Human Rights, the NGOs particularly considered worth mentioning his responsible public appearances, pointing to the need to harmonise law and practice in Montenegro with international human rights standards. “In addition to indisputable expertise, his opinion and criticise the work of state bodies is a characteristic that particularly recommends him for the position of Protector of Human Rights and Freedoms”, NGOs stated in their letter to the President.

The NGOs also referred to the fact that professor Vučinić is supposed to retire by the end of 2020: “Although we are aware that Mr. Vučinić will be eligible for retirement at the end of the next calendar year, we are nonetheless convinced that he could significantly improve performance standards of the Ombudsman institution within that year, enact important opinions, significantly influence two yearly reports of the institution and thereby implement in practice his knowledge acquired as judge of the European Court of Human Rights. We also highlight that the president of the European Court of Human Rights is regularly appointed, for example, in one year mandates. Also, avoiding to propose professor Vučinić as Ombudsman only due to his advanced age would constitute discrimination, which is a fact that needs to be kept in mind”, human rights NGOs emphasized.