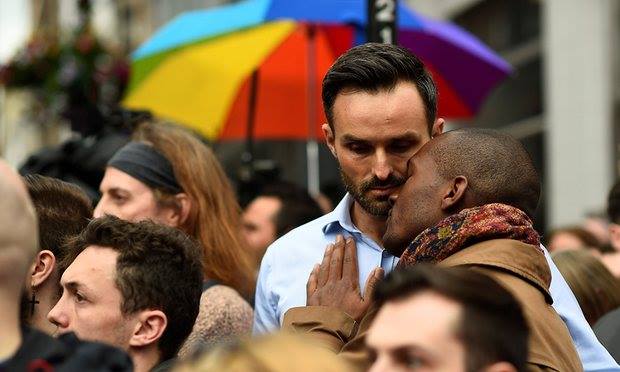 Human Rights Action (HRA) supports the adoption of the Law on Same Sex Life Partnership in Montenegro and at the same time laments that Montenegro will not be joining the 16 fellow European countries that recognise same-sex marriage.

HRA believes that recognizing that every person has a right to marry is the only right solution for a state truly respecting human rights. However, HRA supports the transitional solution as an important step towards the readiness of the society to finally accept that everyone has the right to dignity and love, which implies the right of gay people to cohabitate with the person they love.

All dilemmas that continue to arise in the public sphere of Montenegro have been overcome long ago in many countries, especially the baseless concern regarding the alleged harmful effects of same-sex communities on children living in them. Anyone who wishes to may observe that children who grow up with the love of gay parents are progressing the same as the children of a heterosexual couple, and in every sense better than children without parental love and attention. The statements of leading psychological associations, psychiatrists and sociologists in the United States, Canada, Australia, and the United Kingdom, based on empirical research, demonstrate the consensus of experts that children raised by homosexual parents do not differ in any significant way from those raised by heterosexuals.[1]

The adoption of the Law on Same Sex Life Partnership is important as the seed of respect for the principle of the state protecting the dignity of each and every human being. Respecting this principle, which is the essence of human rights, is essential for maintaining and improving the world in which we live together.

[1] In supplement of this we refer to the following texts:

– The science is clear: Children raised by same-sex parents are at no disadvantage, 27 June 2015, https://qz.com/438469/the-science-is-clear-children-raised-by-same-sex-parents-are-at-no-disadvantage/;

– Children raised by same-sex parents do as well as their peers, study shows, 22 October 2017, https://www.theguardian.com/australia-news/2017/oct/23/children-raised-by-same-sex-parents-do-as-well-as-their-peers-study-shows;