28/12/2017 IN DANGER: INDEPENDENCE OF RADIO AND TELEVISION OF MONTENEGRO (RTCG), FREEDOM OF EXPRESSION AND LEGAL ORDER; BY: PROPOSAL FOR DISMISSAL OF A MEMBER OF THE COUNCIL OF RTCG 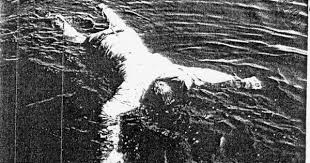 Last week, the final verdict was passed sentencing those responsible for deaths of at least 35 adults and children in the “Miss Pat” shipwreck in 1999 in Montenegro.

After almost 15 years of judicial proceedings (19 since the incident due to a lengthy pre trial period), Saša Boreta, Ismet Balja, Agim Gaša and Refik Hodžić were sentenced to 8, 7 and 6 years of prison respectively for Grave Offences Against General Safety (Article 338, paragraph 2 of the Criminal Code of Montenegro). The first three, punished to 8 and 6 years in prison, organised illegal transportation of Roma people from Kosovo to Italy through Montenegro with too small a boat (“Miss Pat”), which led to the tragedy. Refik Hodžic, who drove the boat without a license, was punished with 7 years in prison.

In addition to Hodžić, only one passenger survived the shipwreck and testified in the proceedings. The victim was also the only one of the group effectively punished in Montenegro in 1999 due to illegally crossing the border.

The European Court of Human Rights ruled in September that in this case, Montenegro had violated the procedural aspect of the right to life due to the ineffective prosecution of those responsible for the loss of life (Ranđelović and others v. Montenegro). The Government of Montenegro, represented by Zoran Pažin and Valentina Pavličić, claimed that the state was not responsible for the ineffective investigation and trial and therefore did not propose the settlement with the victims’ relatives.

Although the basic investigation was conducted within 3 months from the shipwreck and 7 people were indicted in the same year, the trial had only begun in 2003. The process repeated three times since, as the indictment was changed and the investigation was restarted. Numerous trial dates were postponed because of the failure to deliver the indictment to one defendant although he was held in custody in Podgorica, because a qualified interpreter for the Roma language was not provided at the time, as the defendants’ lawyers were not coming to the trial. The production of the forensic report took too long, the judges were substituted, and the wrong decisions on jurisdiction were passed.

The low sentences for those responsible for this tragedy, sloppy investigation and an unreasonably lengthy trial denigrated the numerous victims of this mass crime, who had demanded the Montenegrin criminal justice system put its best foot forward. In comparison, the captain of the Italian cruiser “Costa Concordia”, who was found responsible for the deaths of 32 persons, was punished with 16 years in prison, with the trial lasting 5 years, while Hodžić, who drove the “Miss Pat” killing at least 35, was sentenced to 7 years following 15 years of court proceedings, even though he had absconded. Also, the Italian captain acted with negligence and did not deliberately smuggle immigrants across a state border in a ship registered for ten times fewer people, as was the case in the Montenegrin shipwreck.

For the Grave Offences against General Safety, the defendants could have received sentences of up to 12 years, while they only sustained penalties of 8, 7 and 6 years. Furthermore, at the time, the Criminal Code did not recognise the criminal offence of Smuggling of Persons and in fact they were not even tried for the smuggling of people from Kosovo through Serbia and Montenegro to Italy, which now presents a special criminal offense.

In 2011, in the report “Human Rights in Montenegro 2010-2011“, HRA criticised the fact that a first-instance verdict in this case was not delivered even after eight years of trial and concluded: “both the State Prosecutor’s Office and the courts have shown an extremely irresponsible position regarding the protection of the Right to Life in Montenegro. One may reasonably question whether the delay is a result of discrimination, since the victims are Roma.“

The investigation and judicial proceeding in this case, as well as the failure to investigate whether the “Miss Pat” incident was the only case of people being smuggled to Italy, deserves serious analysis, which has never been carried out, although MP Koča Pavlović had demanded it from the Parliament of Montenegro.

We are now expecting that the judgment of the European Court of Human Rights, by which it was established that Montenegro violated the right to life of people and children who died on “Miss Pat”, will lead to to such review and lessons learned for some better times to come.