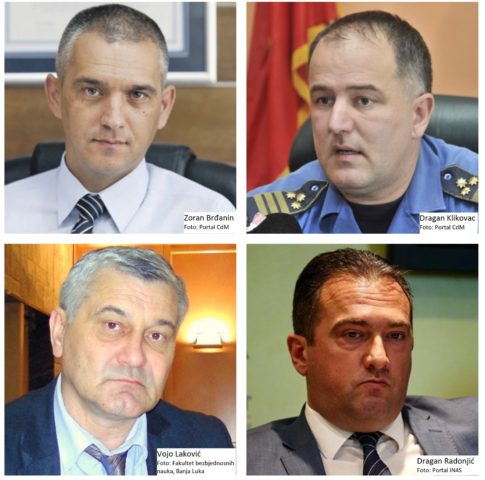 Last Friday, February 19th, the representative of the NGO Human Rights Action (HRA), Marija Vesković has been present at the interviews of the Minister of the Interior, Sergej Sekulović, with four shortlisted candidates for the director of the Police Administration (PA).

As the PA is among key state bodies for the protection of human rights, the HRA asked the Minister to allow its representatives to attend interviews with shortlisted candidates for PA director. HRA has been monitoring for years the interviews with candidates for judges and state prosecutors conducted by the Judicial Council and the Prosecutorial Council.

The Minister did not have any legal obligation to accept our request and open the interviews to the public. We hope that in the future these interviews will be public and that it will be prescribed.

The interviews ended around 1 p.m. The interview with each candidate lasted for about 45 minutes, and the Minister asked each of them four identical questions.

The first question was related to the attitude of the police towards human rights. The Minister asked the candidates to explain how to reduce torture and abuse of police powers in the police to the minimum, as well as to explain the situation that currently exists in the PA regarding gender equality.

The second question referred to the trust of citizens in the work of the police, with reference to the current level of trust and the mechanisms that could improve it.

The third question asked the candidates to give their views on the fight against organized crime and high-level corruption so far, as well as recommendations for improving that fight, if there is anything they would like to change.

The fourth issue concerned the role and operation of the police in a civil, multiethnic society.

The HRA intends to subsequently publish a more detailed report on the answers given by the candidates, if they provide authorization for such publication.

For the time being we may state that all candidates provided reasoned answers to all four questions.